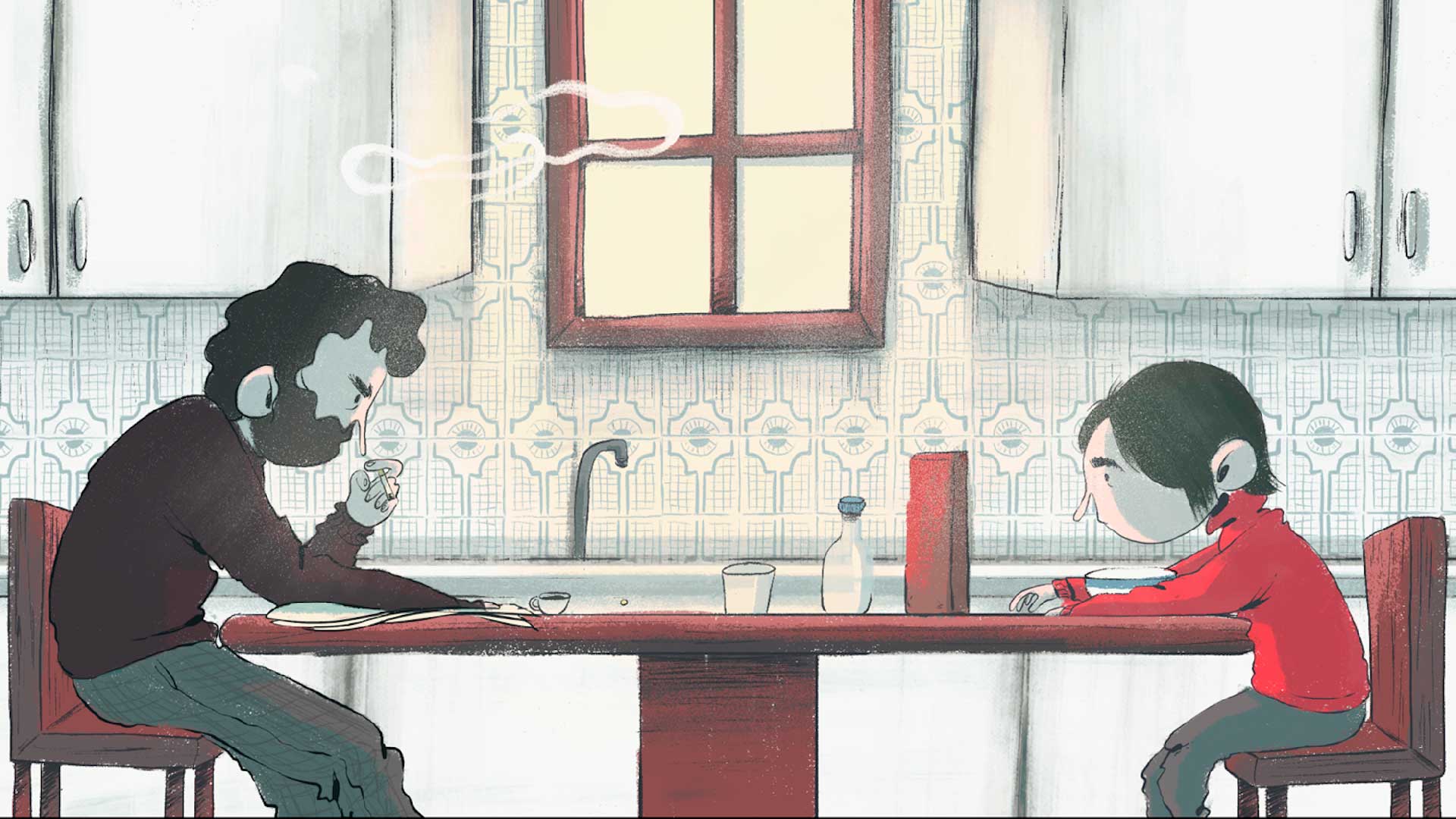 In Viaje a Pies, the first film directed by Spanish animator Khris Cembe, a man embarks on a train journey in search of peace and quiet, only to be led to a spiritual and literal nowhere. The central motif in Soy una Tumba, Cembe’s sophomore short, is the boat. The film’s desolate setting is dominated by the ocean. To our young protagonist, it is the site of a painful memory and a decisive action. On both occasions, the boat is there, steering him away from innocence and into adulthood.

The setting in question is the scraggy coastline of Galicia, mainland Spain’s most westerly region and Europe’s main gateway for Colombian cocaine. The secretiveness of the drug trade sets the tone for the film, which tells its story through furtive glances and enigmatic dreamlike interludes. (Some of these scenes use sand animation, a voguish technique often employed in films with seaside settings; Guaxuma is another recent example.) Few words are spoken, as if the heavy grey skies have muffled the characters. 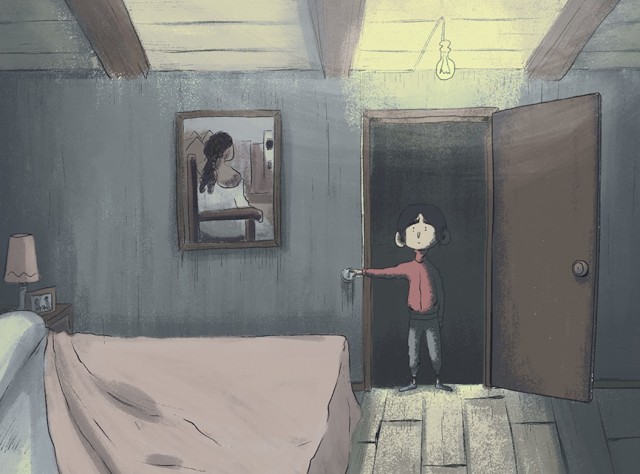 Flashbacks hint at a tragedy from which the boy’s relationship with his father may still be recovering.

The boy lives with his father, a taciturn sea captain. The pair barely communicate, and we see that this hurts the boy. Flashbacks hint at a tragedy from which their relationship may still be recovering. But as the story takes a morbid turn, the silence between father and son binds them in a conspiracy, ironically drawing them closer together. The link between death and secrecy is captured in the title: “soy una tumba” is a Spanish idiom denoting a vow of silence, but it literally means “I am a tomb”. (The English translation, Mum’s the Word, is clever, as it contains a different pun that’s equally relevant to the story.)

“It’s been an immersion in myself, like an introspection exercise”

Cembe grew up in Galicia: as he told us, making Soy una Tumba has “been an immersion in myself, like an introspection exercise”. The director’s lived experience comes through in the film’s rich atmospheric detail: the clouds, the wind, the light. His attentiveness to contemporary Spain’s social ills recalls the works of Alberto Vázquez, a fellow Galician and long-time collaborator. Cembe has served as animation director on several of his films, including Decorado and this year’s Homeless Home. But where Vázquez leans toward a sardonic satirical tone, Soy una Tumba is lyrical, melancholic. It establishes Cembe as a great filmmaker in his own right.

Soy una Tumba screened at a wide range of international festivals and was well received in Spain, earning a nomination for a Goya Award (the country’s equivalent of the Oscars). Online, it has been given a new lease of life as a flagship release on Animatic, the newly rebranded YouTube portal of its co-producer and distributor Autour de Minuit. The company has a large catalogue of edgy, characterful shorts, many of which can be seen on the channel. If you liked Cembe’s film, head there for more.