Miracle, science and luck all play a part in this vibrant and fantastic imagining of how life begins.
READ REVIEW
Next Previous 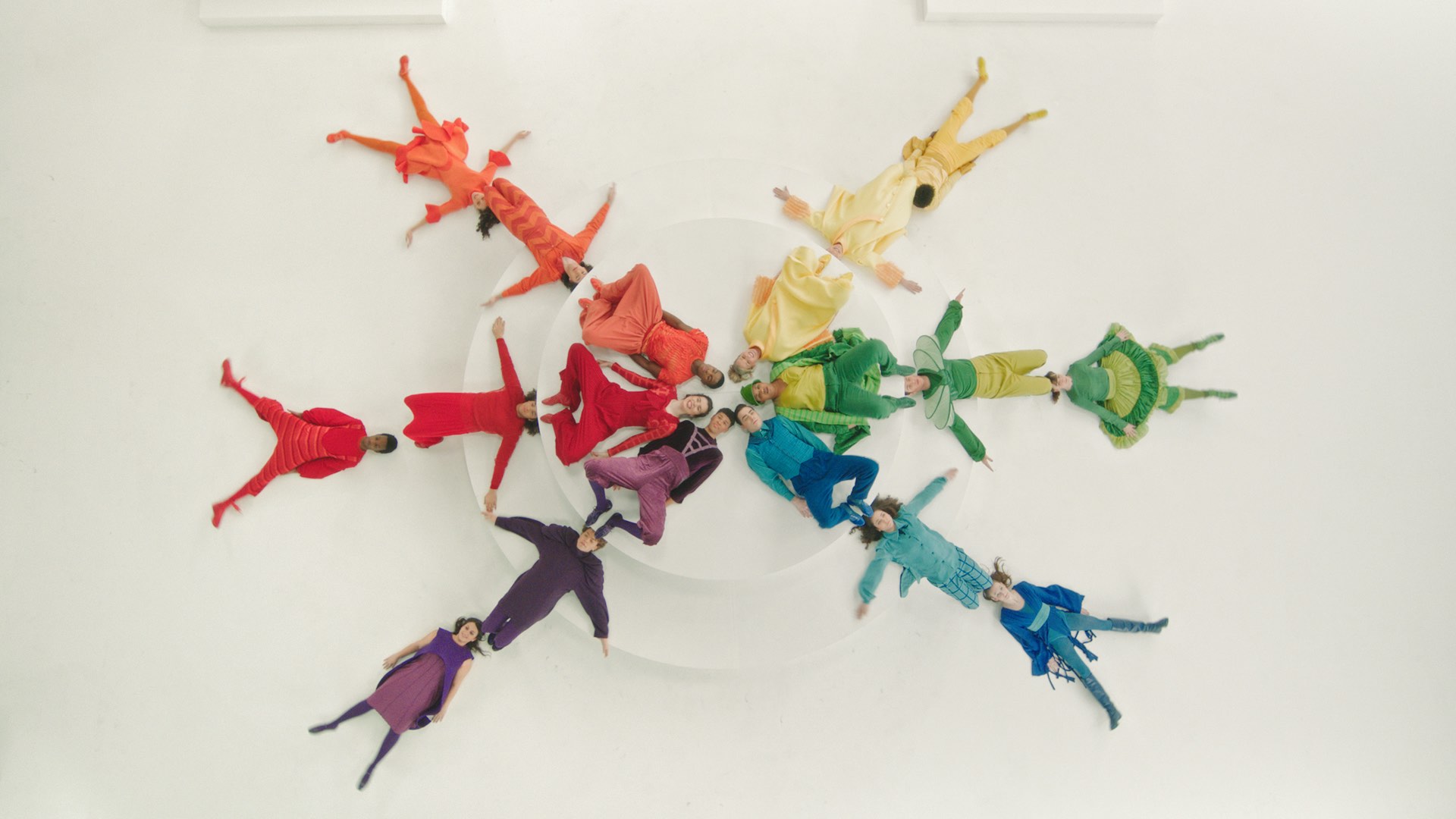 Delivered by Storks. Grown in a cabbage patch. A gift from god. There are many myths about where babies come from, but the reality is often a lot less magical and a lot more believable. Looking to present her own unique version of conception, Meghann Artes (Speed Dating) returns to S/W with Oh Baby!, a vibrant and colourful nine-minute short that employs the unusual combination of stop-motion and dance to tell a surprisingly personal tale.

Stories of conception can vary wildly. For me, my first son was conceived during a drunken stay in a London hotel (sorry Zak) – I didn’t know it at the time, but I was lucky, it doesn’t happen so easily for others. “My husband and I had tried for years to have babies the good old fashion way”, Artes openly explains as we discuss the inspiration her film, “ultimately we had to turn to science and IVF in order to get pregnant”.

Oh Baby! was created by Artes as a response to the journey she had to go through to get her body “ready” to have babies. “The amount of tubes, blood draws, poking and prodding I had to endure to get pregnant was just crazy”, she reveals. With the idea for the film developing, it was solidified as the writer/director also started thinking about the world she was going to bring a child into.

“All of the division and anger and strife was suddenly very stark to me”, Artes discloses as we discuss how the current state of the world influenced the plot for her short. “I wanted to make something that reminded people that what unites us is greater than what divides us. We are all made of the same stuff and come into this world in the same way”.

With all that in mind, if you haven’t already watched Oh Baby!, you’d be forgiven for having preconceptions about what to expect. It’s a testament to Artes’ resolve and creativity that through all that inspired her, the film she has made is a spirited, life-affirming short brimming with joy and colour. Discussing it with a colleague here at S/W, we both agreed it was a film we needed after all that has happened in 2020. 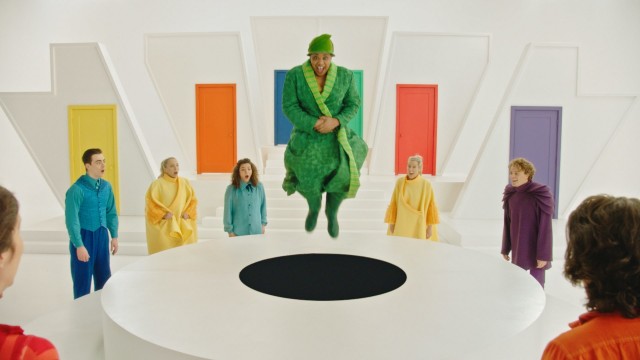 Half-way through the film the dancers jump through a hole and become colourful balls in a magical machine.

With regards to the film itself, the cheery nine-minute duration is essentially split into two contrasting sections. Opening with a four-minute dance sequence, where characters clothed in colourful costumes emerge from doors matching their outfits, the second half sees Artes’ performers plummet through a hole in the stage, before turning into balls in a magical machine that feels plucked directly from the Wonka factory.

In all honesty, Oh Baby! doesn’t feel like a film that easily fits into the curatorial brief we operate under at S/W. With our “narrative-first” selection process, you could argue that plot-wise, it’s a little light for our usual standards. The themes and ideas Artes examines may well already feel well-explored, but her passion and production lift her film and take it from being something that feels cliché and tired to something that feels fresh and exciting.

If you’ve seen any of Artes’ previous work (alongside Speed Dating, her short Sleepy Steve is also online), the fantastical production on show in Oh Baby! won’t be of any great surprise to you, but the scale of the piece is beyond anything she has created before. Featuring stage-design, 1:1 scale stop-motion, dancers, choreography, costumes, music, and more, the craft is breathtaking and the team involved (Oh Baby! was created as part of DePaul University’s Project Bluelight, with 94 students from the school involved, alongside professionals) with bringing the film to life should be immensely proud of this small moment of movie magic they were part of.

Alongside her filmmaking, and of course parenthood, Artes continues to work a professor at DePaul University’s School of Cinematic Arts. We eagerly await seeing what she creates in her next project, she’s set some high standards with Oh Baby! – will she go for something even grander in her next film?