Ava navigates the challenges of dating in the big city in this gorgeously crafted, quirky hybrid of animation and live-action
READ REVIEW
Next Previous 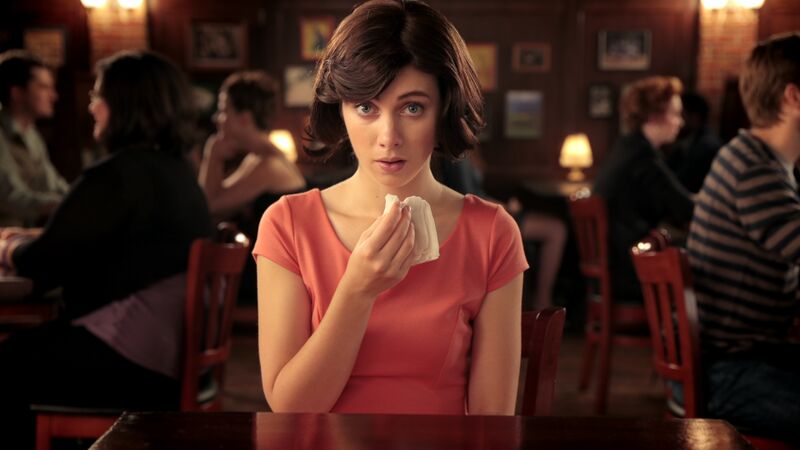 We’ve all been there, right? The first date from hell. But what if you’re facing not one but a dozen undesirable suitors? With touches of the absurdism, charm and quirky detail of Jean-Pierre Jeunet’s Amélie, Meghann Artes’s animation-live action hybrid Speed Dating is a true delight. As Ava attempts to navigate a most unusual matchmaking event, the freaks come out of the woodwork, and she begins to wish she’d stayed home instead.

Artes’s laborious frame by frame pixilation process used Dragonframe software on two Mac desktops with multiple Canon 6D and 7D DSLR cameras. “We really pushed the iMacs at times – so much that we even had to tape ice packs to the computers to keep them cool while we struggled to finish the shots”, she remembers. With final animation and VFX added in After Effects, the finished result is somewhat reminiscent of Victoria Mather’s SotW favorite from 2010, Stanley Pickle. As an animator versed in working by herself, Artes relished the opportunity to work with a large cast of thirty extras, and a full crew, including many students from Depaul University, Chicago, where she teaches in the animation department.

Gorgeous craft, humor, and the infinitely relatable bad date scenario ensured Speed Dating was a great success at festivals.  If you want to see more of Artes’s work, you can check out a teaser for her newest short, Sleepy Steve, which employs a similar style of animation, on her website. Artes honed her skills working with studios and boasts an impressive resume including projects with Dreamworks, Nickelodeon, NBC, and Sesame Street. We’re thrilled to see her moving into the independent arena, and are excited for her next project, where she has hinted she’ll be flexing her animation muscles and mixing up her tone and style.