Prompted by the death of his grandfather, a filmmaker comes to terms with his feelings of loss by focussing on something smaller.
READ REVIEW
Next Previous 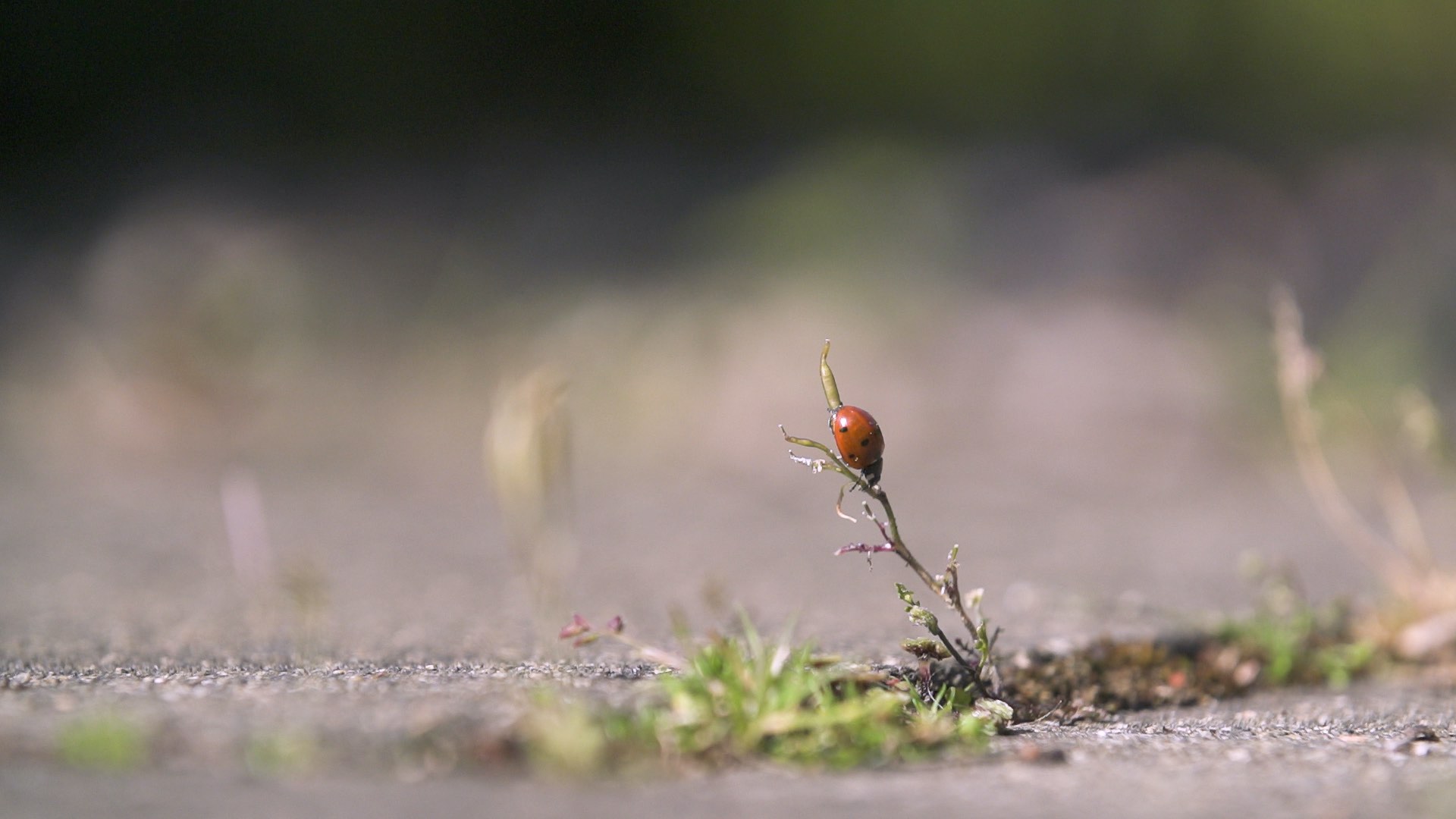 Returning to Short of the Week for the fifth time, Scottish filmmaker Duncan Cowles offers up a deadpan meditation on the end of life, with his latest short film, In the Company of Insects. Delivered in his trademark style and building on the approach we all enjoyed in previous short, Taking Stock, Cowles invites you to spend 10-minutes of your time in the microscopic world of some six-legged beasties, as he tackles the meaning of life – in his own distinct fashion.

“My grandad died recently and I’ve found it quite comforting, well distracting, to film these insects in my back garden” – the opening lines of voiceover from In the Company of Insects lay the foundations for the film perfectly. Not only is the audience instantly taken into Cowles’ headspace and his current state-of-mind, the format of the film and what to expect for the rest of its duration is perfectly laid out before you. 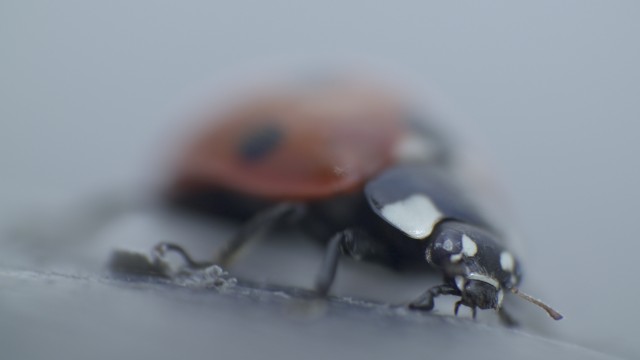 As the film expands, visually we remain in the minuscule world of the insects, watching them potter around Cowles’ garden, but the voiceover tackles much broader themes – from global conflict to filmmaking to the end of it all. It sounds heavy going, but as usual, Cowles injects the film with his unique brand of dry humour, from noisily eating biscuits while recording his audio track to straying off-topic to discuss his swimming experiences. Mixing this lightheartedness with raw emotion is a clever move. It makes the impact of the film land powerfully, but also keeps it surprisingly easy to digest, considering the bleakness of it all.

“Focussing on this microscopic world, helped put the one we live in, into perspective”

Inspired by Joshua Oppenheimer’s 2002 short A Brief History of Paradise as Told by the Cockroaches, Cowles explains that making In the Company of Insects was his way of dealing with his emotions, and his general distress at the state of the world, after the death of his Granddad Tweedie (who we met in Cowles’ earlier film Directed by Tweedie). “There was a lot of downtime around death”, he explains as we discuss the motivation behind making his short. “You are left with a lot of time to think about it, but without necessarily having much you need to do. So I opted to film all these insects in the back garden as a distraction. Focussing on this microscopic world, helped put the one we live in, into perspective”.

Part therapeutic process, part existential crisis, Cowles camped out in his garden and shot super macro shots of his tiny new friends in 200fps slow motion (x8 slower than reality). Shooting the visuals was an organic, calming experience, but that trademark narration was a little more difficult. “The voiceover I did a handful of times” he discloses as I ask him about the challenges he faced when making of In the Company of Insects. “The majority of the voiceover used in the final film is from 1 take I did on a particularly low day, without a script. I came home after a pretty depressing day, and sat down with a coffee and a biscuit, started the recording, and just let it flow out”.

From the very first time I viewed Cowles’ filmmaking (The Lady with the Lamp), the thing that stood out about his approach was his participation in his work. From his unmistakable voiceovers to his general “on-camera” persona, his involvement in his films feels vital to their success. “I’m keen for my films to feel authored”, he reveals as I quiz him on his decision to appear in his work. “I want an audience to feel like they are with me on a journey, whether that’s an inner one or an outer one, I want them to feel like they’re a part of the way I’m experiencing the world”, he adds. 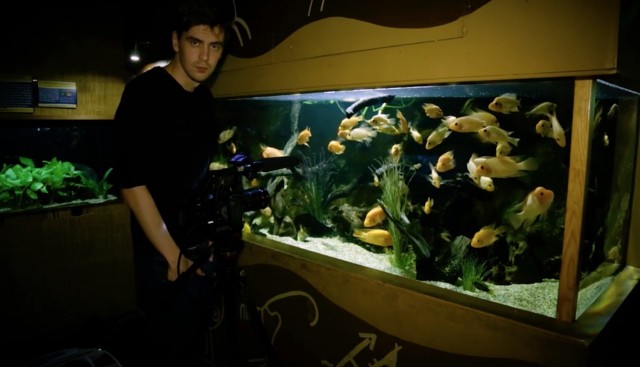 Cowles in front of the camera in 2017 short Taking Stock

Having spent some time with Duncan on the festival circuit, and experienced his questioning nature first hand (“so, what’s been your highlight of the year Rob?”), it’s fair to say this isn’t just a front he puts on for the camera. It’s exaggerated, sure, but it’s a formula that works for Cowles and one that has led him to create a Christmas ad made solely from stock footage, become a character in a Will Anderson animation, star in a Rory Alexander Stewart short and become somewhat of an expert on Scottish football.

“There’s no point making films if they’re going to look and sound the same as everyone else’s”, the filmmaker concludes. “Audiences have responded best to the work where I’ve personally featured, and I also just enjoy the challenge of being in my own work”. Cowles is currently working on finishing his first feature documentary, Silent Men, and has a TV series in the pipeline.