Making a film at 87 is less than convenient. Director Duncan Cowles asks his Grandfather to take on the role of filmmaker in this touching & comedic short doc.
READ REVIEW
Next Previous 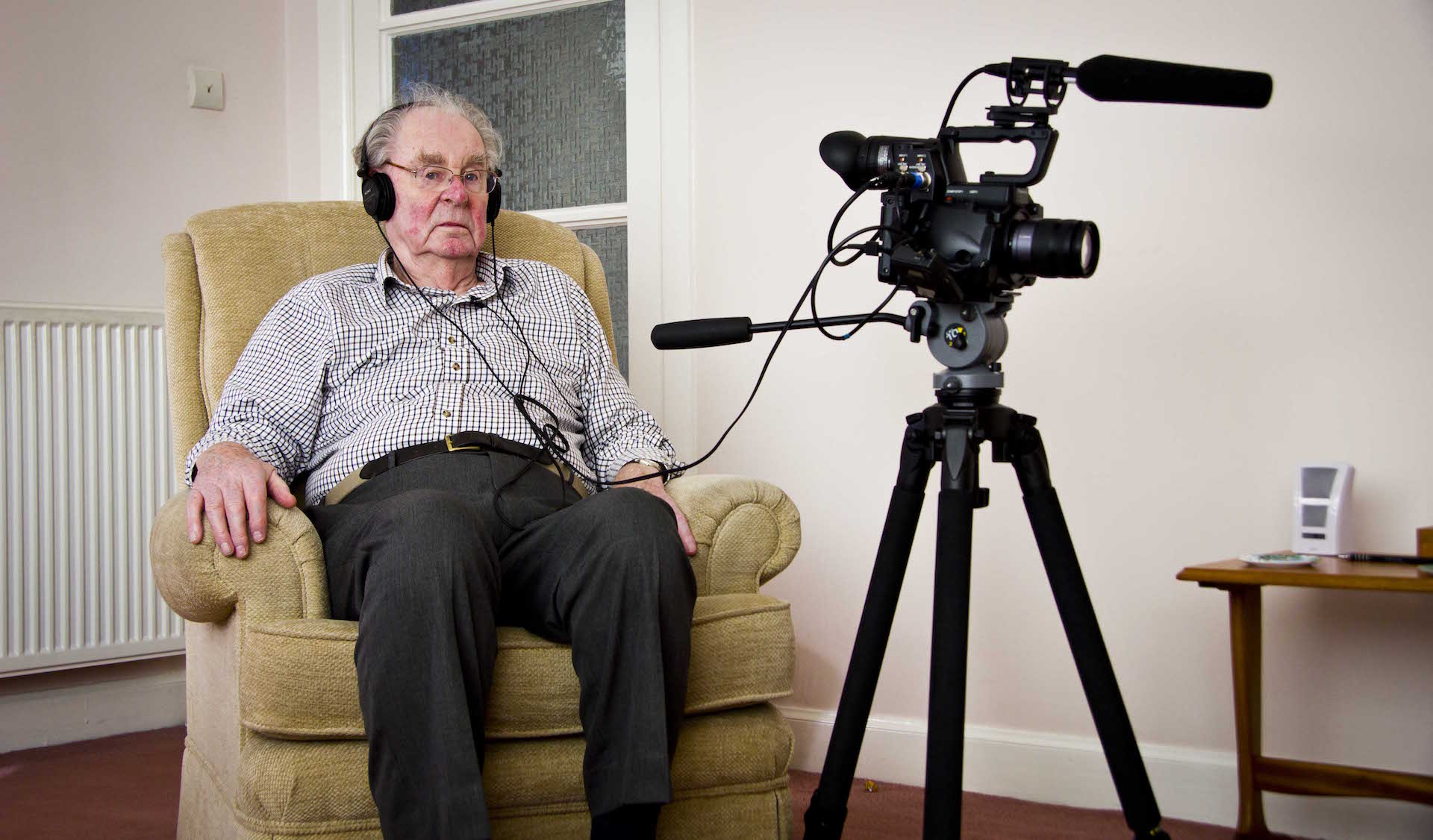 Some documentary filmmakers find powerful stories by travelling to far off climes, or war zones, or by gaining unique access to little before seen ways of life or subcultures. Others chose to focus on subject matter closer to home. Some of the greatest documentarians and filmmakers have mined universal wisdom and insight from the most personal of topics – their own families. Alan Berliner, Ross McElwee and Chantal Akerman are just a few of the filmmakers who have made compelling, profound work that seems highly specific to their own experience, yet ultimately speaks to us all. Directed by Tweedie is a short film very much in this tradition, funny, tender and deceptively intelligent.

Duncan Cowles’ tactic is not simply to film his gruff, stoic 87 year old grandfather, but to actually engage “Tweedie” in the process of the filmmaking itself. His goal is to create a lasting document of this aging retired taxman, who means so much to him, and also to strengthen their bond as Tweedie gains a deeper understanding of what a documentary filmmaker really does. As the elderly man grapples with both the technical aspects (assisting with the white balance, wearing a GoPro to water his plants) and the aesthetics of making a film, the results are both hilarious and poignant. A deeply touching portrait emerges of his grandparent’s relationship too – his grandmother’s candid comments on their long marriage will bring a tear to your eye.

By allowing us to see how some of his shots are set up, and making us privy to moments that most filmmakers might keep out of the edit, Cowles also comments on the filmmaking process as a whole, and reminds us that the very presence of a filmmaker immediately alters the reality of the scenario. With a storyteller’s strong feel for droll, witty compositions – he cites Roy Andersson as an influence – he draws out the inherent humor in his grandparent’s personalities with an eye that is gentle and loving, not critical or mocking. Watching the pair, it’s hard not to be reminded of your own relatives and their charms and eccentricities. In Cowles words: “If somebody watches one of my films and says to me they have not just liked it, but then gone and phoned their mum, or dad or grandparent afterwards, then I feel like I’ve achieved what I set out to do.”

Cowles recently co-directed a short film with animator Ross Hogg called Isabella, which has won several awards, and is currently working on his first feature.