As a shy woman secretly watches her crush from across the factory floor, the moon disappears and her world breaks into pieces like a giant jigsaw puzzle.
READ REVIEW
Next Previous 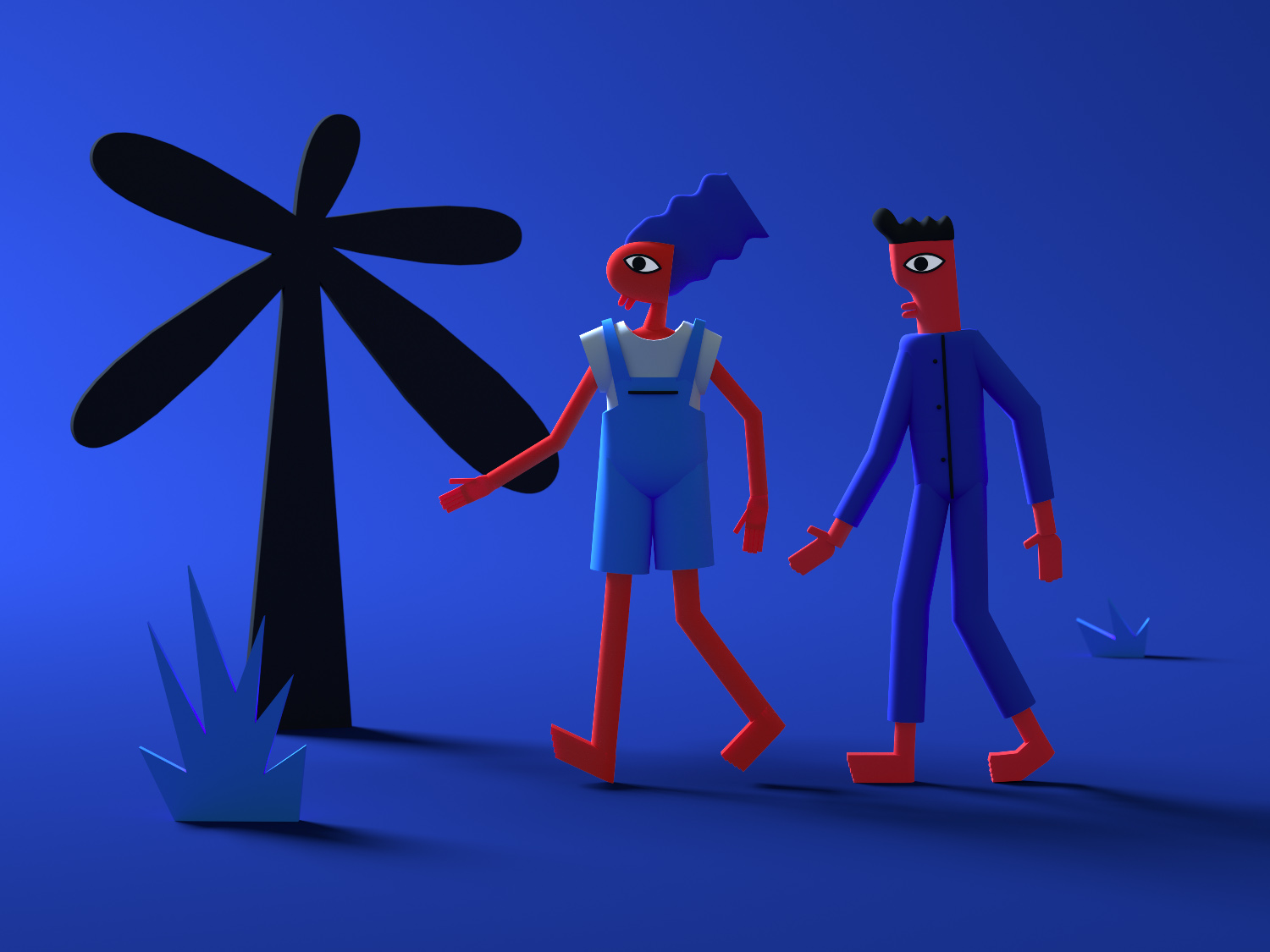 After a decade of writing about short film, the format continues to excite me in ways no other visual medium can. The freedom it offers in world-building and storytelling is unparalleled in the world of filmmaking – as Russ Etheridge’s spirited new animation Armstrong proves. A fantastical story influenced by Hindu mythology and featuring a world where celestial bodies often interact with human beings, this playful but poignant film feels like it could only exist in the short format and introduces its viewers to an exciting new storyteller.

Co-written with his partner Ayndrilla Singharay, Etheridge’s 10-minute short sports an ethereal feel and follows its timid protagonist as she goes about her daily routine of sorting shapes at her (Tetris?) factory job and spying on her crisp-loving colleague. When the moon suddenly disappears, she rushes to the aid of her bathing beau, only to discover the absence of this lunar body is now causing her world to disintegrate. Will her world crumble and fall or will her shape-sorting skills be enough to save the day and win her the man of her dreams?

With an aesthetic partially inspired by Indian artist Jamini Roy, Etheridge felt that taking design cues from the painter’s work, “simplifying and exaggerating colours”, would help build upon the classical motifs in the short. “I felt this resonated well with our concept and helped in developing my own style for the film”, the director explained.

Funded by the BFI Network, Etheridge animated Armstrong himself, whilst in the throes of becoming a new parent. Opting to animate in 3D, as the prominence of the moon in the narrative meant lighting was a key component in the production, he chose to maintain a lot of 2D design principles in his process, in the hope it would create a “unique and eye-catching look”.

Ambition achieved. Armstrong is a thematically interesting short, the writing injecting a rich fable-esque quality to the storytelling, but it’s the visuals here that really leave a lasting mark. Rocking a classic, but contemporary look, Etheridge’s film is inspired by the past (I couldn’t help but be reminded of Egyptian hieroglyphics when watching it) but there’s nothing dated about its style. One of the most distinct shorts I’ve seen in a while, it’s a film that invites you to bask in palpable universe and leaves you wondering about the other stories that could exist in this world.

Previously employed as a Senior Creative at Animade, where he worked on the short Chronemics, Russ is now a freelance animation director and designer and has collaborated on projects with other S/W favourites Moth and Nexus. Now focused on kids books, TV series, more short films and a feature, along with the ongoing demands of parenthood, it sounds like he’s a man who likes to keep busy.