Winner of Best Animation at SXSW 2017, a personal quest for spiritual enlightenment leads to romance and despair.
READ REVIEW
Next Previous 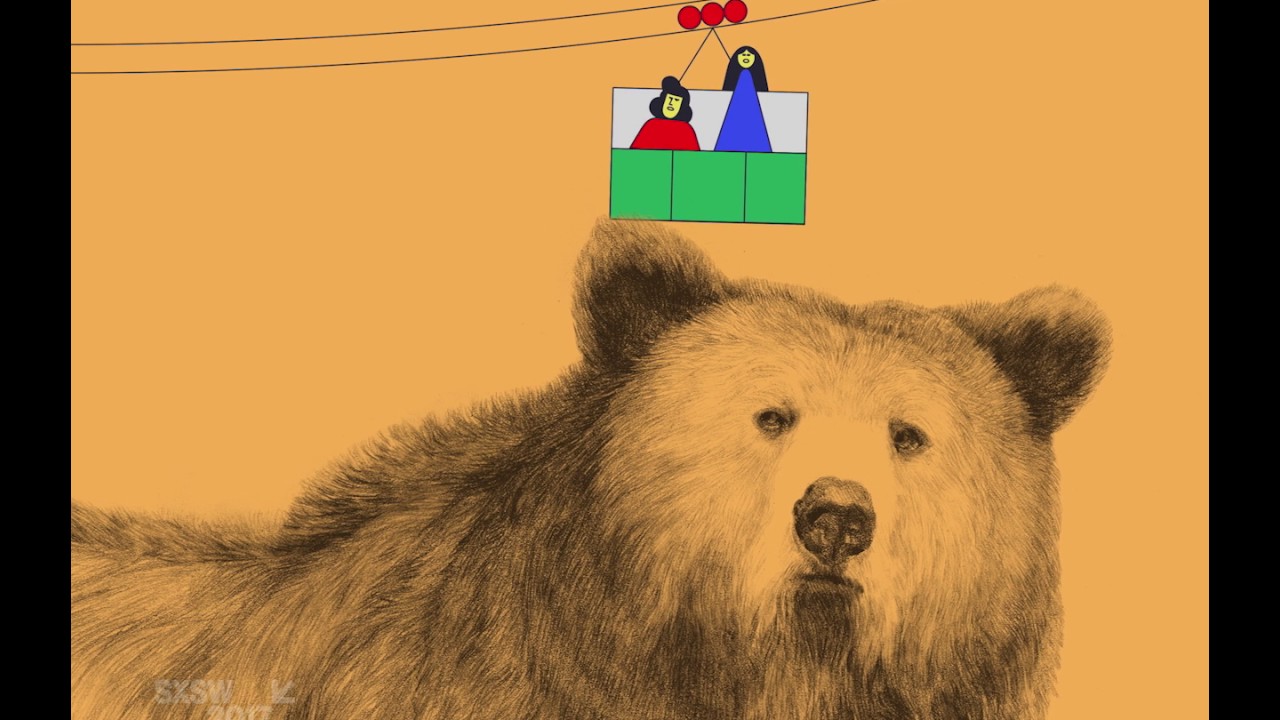 The complexity of simplicity is a challenge for all designers, and few in the animation and motion design space have more effectively met that challenge than Nicolas Ménard. His minimalist style demands precision—every line, every beat, needs economy and purpose.

Silly, absurdist, but nonetheless meticulous, Wednesday With Goddard is Menard’s latest film, and was awarded as the top animation at SXSW last week. Featured in the the second edition of the Late Night Work Club anthology project, our esteem for the film is so high that we’re recommending it as a stand alone film too.

At an svelte runtime of just over 4min, Wednesday with Goddard is a series of verbal and visual gags that progress the main character’s search for God amidst an existential crisis. Along the way he finds help, falls in love, and finds God, but ends up no better off. It is, again, a silly film—comedy arises randomly from sight gags like exaggeratedly large hands, and the dialogue is presented in a flat, affect-less manner that is highly reminiscent of 2016’s The Lobster (I wasted 20min checking if the declaration of love in Goddard was in fact a direct audio lift from Lanthimos’ film), but the film is erudite in its absurdity. The title itself hearkens to the literary classic Waiting For Godot, and numerous visual references present themselves to the careful viewer.

Aside from the tightness of Menard’s design, visually, the film’s most notable element is the integration of highly detailed pencil drawings of foreground and background elements into Menard’s trademarked minimalism. In theory the vast contrast should be distracting, but in practice it works nicely. The drawings were provided by Menard’s significant other, Manshen Lo, during a period when Lo and Menard were separated due to immigration issues. The idea of the pair collaborating on the project together, across great distances, and in such divergent styles, is rather sweet.

While a visual treat, Ménard’s stylistic chops have never really been in question, going back to Staff Picked student work like Somewhere and Loop Ring Chop Drink. But, as the person who granted those Staff Picks, I find the level of tightness on display here on the visual, written, and editing levels, to be a big step forward for the Nexus Studios director. Always a singularly gifted design talent, Wednesday With Goddard is perhaps evidence of Ménard’s maturation into a world-class storyteller.