In Kaohsiung, Taiwan, a handful of residents refuse to move away from their beloved and almost completely abandoned village.
READ REVIEW
Next Previous 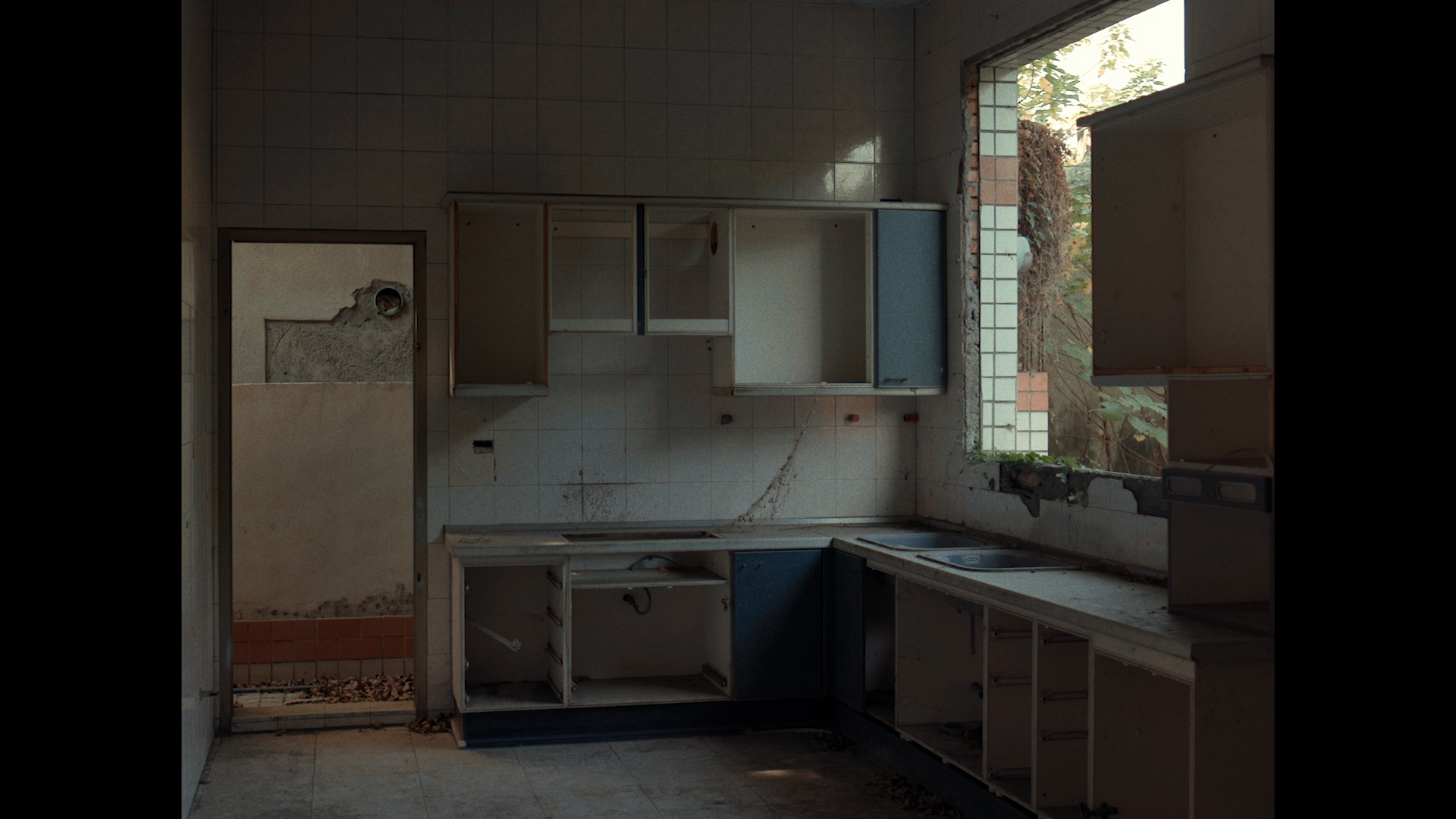 What makes a house a home? For me, it’s the things inside it that shape our memories and, as is often the case, it’s the ones which are long gone that I cherish and miss the most. Like the ugly shelving unit in my childhood bedroom, which our dog managed to climb once to get to a tub of Nutella, the mermaids I drew on the flowery wallpaper near my pillow, or the kitsch figurines my grandparents had collected on their travels, that I would examine for hours.

Sean Wang (3,000 Miles) also felt compelled to revisit his roots in his tenderly observed and deeply personal documentary short Still Here. Shot in a remote village in Taiwan, the nine-minute film uses compositional brilliance to paint a compelling portrait of the fragility of our physical homes, and exudes compassionate intimacy for both the individuals who appear in it and the spaces around them. The result both breaks and warms the heart.

In a village in Kaohsiung, Taiwan, there are just 6 residents left. Refusing to move away from their beloved, but now almost entirely abandoned village, around them, what were once homes which housed happy and thriving families, are now empty structures, slowly crumbling to dust. Still Here pays homage to the past by turning each scene into a cinematic work of art, hanging in its 4:3 frame. The emptiness it depicts is haunting but the characters ground the mood with their positive attitudes and persuasive charm.

“Still Here was filmed in the village where my grandmother lived, my mother grew up, and where I spent my childhood summers”, Wang explains to S/W as we discuss the motivation behind his short. “Nine years ago, my grandmother moved out of the village. Recently, I discovered that not only did nobody move into my grandmother’s house after she left, but that the entire village had been displaced and decayed for years, except for a few residents who refused to leave. I was curious to find out what their lives were like now that the village was abandoned — and why they decided to stay”.

Still Here brought back so many bittersweet memories, since I too spent many happy summers in my own grandparents’ village as a child. The early ones of my family around the fire, or collecting apples in the heat, of laughter, singing and the neighbour’s dogs barking in the distance, were soon replaced by the sight of empty streets and the sour smell of an unloved house. A feeling that will be familiar for many around the world.

Sean Wang performs a powerful balancing act by weighing the heavy emptiness of the abandoned houses, against the abundance of life in the characters he interviews. With their fascinating stories, impressive collections of knick-knacks and wool sweaters, and their stubborn refusal to be brought down by the sadness spreading around them, the residents of Kaohsiung are impossible not to love. Their spirits lift the otherwise achingly somber documentary, just like they bring life into the otherwise entirely dead village, making us smile while holding back the tears.