sometimes, i think about dying

Fran is thinking about dying, but a man in the office might want to date her.
READ REVIEW
Next Previous

sometimes, i think about dying 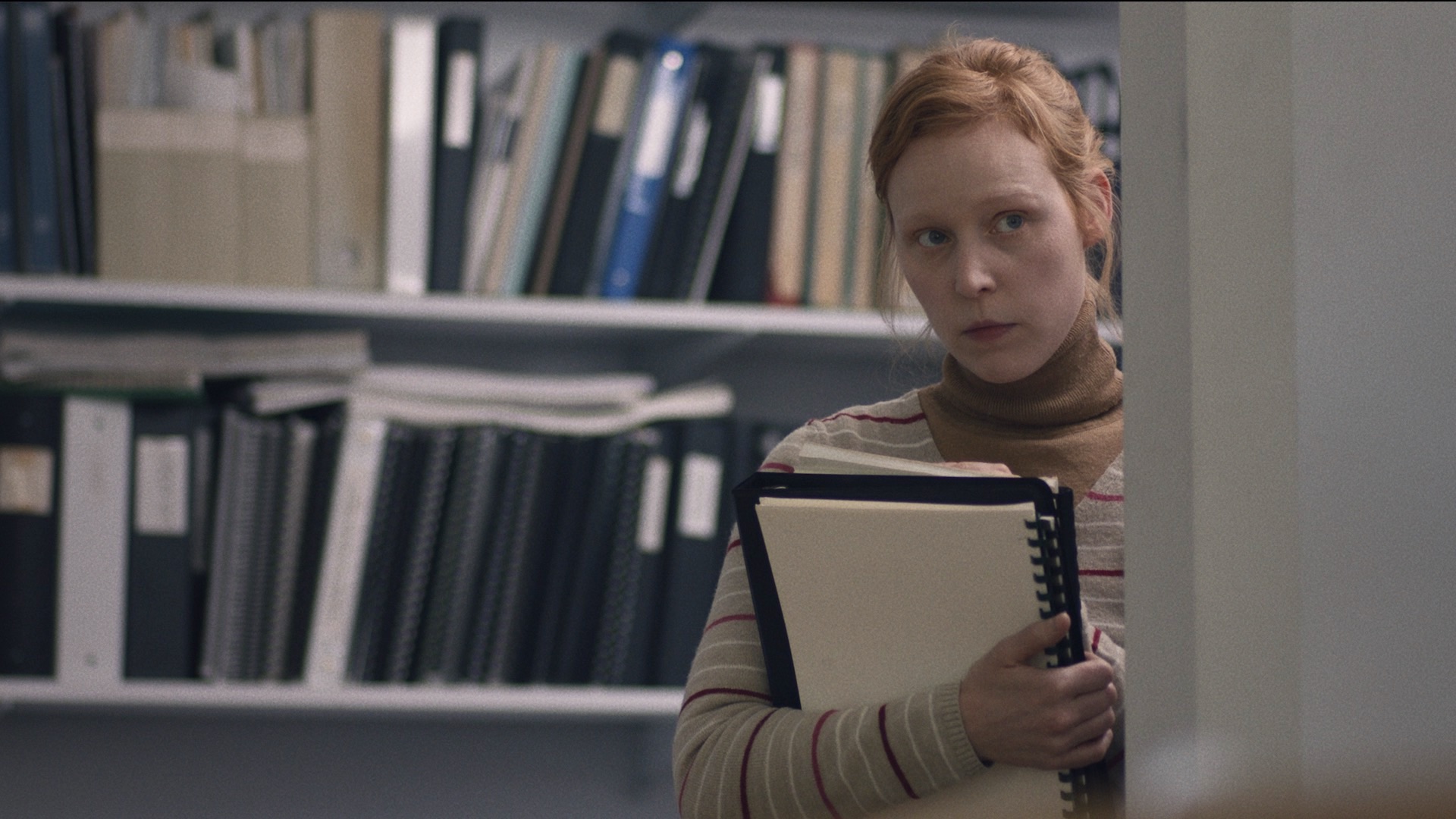 Drama about Illness in Live-Action
Directed By Stefanie Abel Horowitz
Produced By Believe Ltd. & More Media
Made In USA

Stefanie Abel Horowitz’s remarkable second short film begins with narration by its protagonist Fran: “My world is in a universe, my country is in a world. My state is in a country, my city is in a state…” Fran’s nesting classifications continue to shrink down in scale until she arrives at herself—in a bed, in a room, in a house. Her taxonomical impulse is an attempt to instill order and clarify her place in the universe, a place she struggles to understand. Yet the cosmic scale of her ordering reveals her deepest truth about the overall insignificance of that existence. Living is something of a burden to Fran, and she is, ultimately, ambivalent towards it.

sometimes, i think about dying is masterful exercise in tone, and a refreshingly honest examination of depression and social isolation. Horowitz’s film, scripted by her the film’s lead actor, Katy Wright-Mead, and Kevin Armento (based off his 2013 play), walks a fine line between the punishingly dark malaise of Fran’s condition and relatable humor. Fran is funny after all, with a quick wit,  but her social awkwardness and disparaging inner monologue are debilitating. She floats through life by going through the motions, absent friends or hobbies, until a co-worker takes an interest in her.

Robert (Jim Sarbh) is gentle and sensitive too on first blush, yet with an assuredness that is captivating to Fran. He strikes up gentle flirtations around the office and trades texts that she agonizes over responding to until he asks her out on a date. Fran is perplexed—what does he see in her? This is a mystery to the viewer as well, and tension is built throughout the film as we fear the potential affect of a clumsy or ill-intentioned remark or deed by Robert upon Fran’s fragile psyche.

Yet Robert appears genuine. He says that he finds her “interesting” and wants to know something “particular” about her. Fran clams up. Robert makes her nervous, not in a threatening way per se, but in the sheer act of noticing her, in taking an interest in her, in asking her reveal herself, he applies an uncomfortable pressure upon Fran that potentially opens her up to growth and connection, but also could let in a destabilizing pain.

Fran is meek, and the film reflects this quality, from the purposeful lack of capitalization of its title that reads like a whisper, to the visual grammar of the cinematography. The shots are languid, full of slow, subtle pushes. Utilizing an ultra-wide aspect, this extra space is often used to isolate Fran, minimizing her presence as she is pushed to the corner of frames.

To the immense credit of Horowitz and Wright-Mead, this meekness is fundamental to Fran’s character and to the arc of the film. It is not disguised as a quirk, there is no vivaciousness hinted at under the surface. Robert is not a hero that swoops in to rescue her from “the blues” and there is no triumphant note to the film where Fran “snaps out of it”. The duo appear to intimately understand depression and the ways it is commonly misunderstood. It is not often the case that depression is simply a layer on top of a personality, the metaphorical “dark cloud”, but instead it is something deeply ingrained. It is not the dampening of mood, but the negation of it, and Fran, more clearly than any depiction I’ve seen in film exemplifies this. The film addresses the medium’s longstanding interiority problem through its patient, verging on narcoleptic presentation, but also through narration, and that insight into Fran’s thoughts is revealing—very little is presented about Fran’s thoughts towards Robert at all, everything about him is filtered through her appraisal of how he sees her. This kind of self-absorption is seen as a negative trait in narcissists, but it is present in depressives as well, as their crippling self-consciousness removes the ability to affirm their own point of view regarding the world and others.

The film’s fidelity to depicting depression does not mean the film is without catharsis however, in fact it makes the conclusion of the film that much more powerful. Fran is able to finally articulate her fundamental reservations to Robert—why? Why take an interest in worthless me? With this breakthrough she might also be able to finally share that one true thing about herself that she carries throughout the film.

Horowitz came to our attention in 2017 when she submitted her debut short Up North. After a decade of directing theater in New York we recognized a gifted storyteller transitioning to a new medium, and were subsequently delighted to see this film in the lineup for Sundance earlier this year. Prizes at Aspen and Palm Springs followed, and the film debuted online last week after touring the world theatrically as part of the 2019 Sundance Film Festival Short Film Tour. As for what’s next for Horowitz, she is currently scripting a feature adaptation of this short, while also working on feature with the writer Agnes Borinsky, which she teases as a film, “about a trans woman, a failing relationship, a ghost and a witch.”