Two high school nobodies desperately search for the biggest fight of the year… If only they could find it.
READ REVIEW
Next Previous 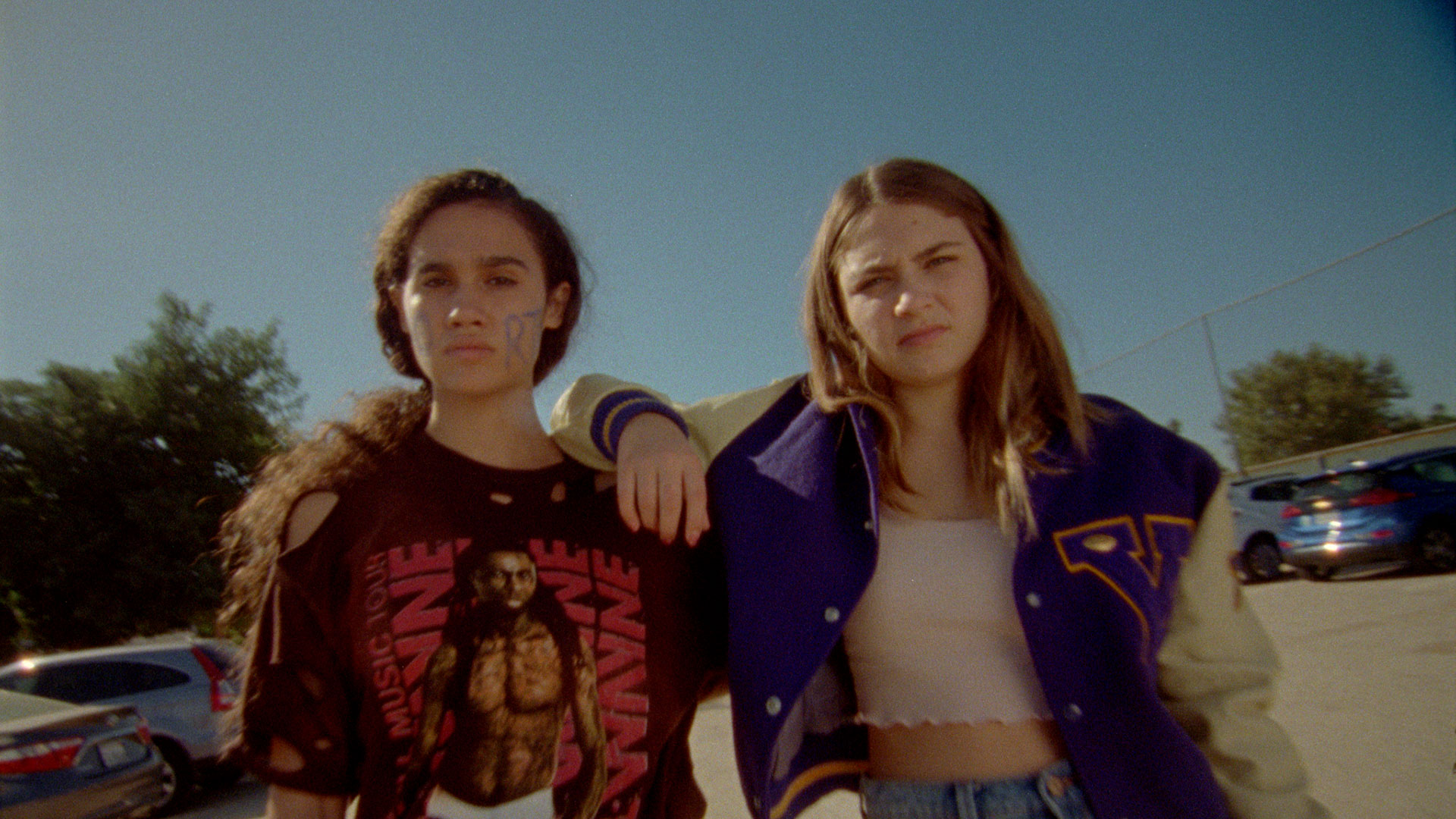 Deep down, we’re all longing for a time when life was less serious—when days were defined by their lack of definition. Hanging with friends. Doing dumb sh-it. You know…being less of an “adult.”

Irreverent, kinetic, and playful, director Lena Tsodykovskaya’s perfectly captures that teenage desire to act stupid. Luisa and Anna’s First Fight is relatable, playful, and often hilarious, depicting two BFFs spending a day chasing the adrenaline rush of a fight that may or may not be happening. It’s a perfect seven-minute encapsulation of both friendship and teenage culture, with its microcosm of ever-shifting rumors, gossip, and reputation. Although it ostensibly takes place today, Tsodykovskaya is going for something that is undeniably nostalgic, from its wardrobe choices to its kicking soundtrack. Moreover, phones are noticeably absent for the majority of the run-time. As our two heroes stalk the sun-streaked cityscape looking for the perfect scuffle, it seems as if Tsoykovskaya has perfectly distilled your memory of what it was like to be young, dumb, and free.

In viewing, I was reminded of two other shorts we’ve featured on the site that capture a similar vibe: Cosmic Bowling and Mixtape Marauders. These pieces seem to intrinsically capture this timeless of feeling of teenage friendship. Here, we instantly “get” the relationship between Anna and Luisa (it helps that both these actors are endlessly watchable and have great chemistry). And, so, it’s just a joy to watch them montage their way from place to place. It plays out like a great music video—stylish and breezy, but with just enough depth (the desire to be “cool,” this idea that everyone is, deep down, faking it) that it’s not a throwaway trifle. It’s a tough balance that Tsodykovskaya, who perfectly nails the aesthetic and pace, gets just right.

As she relates to Short of the Week:

“Not too long ago, my fellow directors and I were discussing the idea of youth and what it represents to each of us. I was quick to realize that my youth had a face of pure stupidity and sincere sisterhood. I never really decided to film this episode of my life, it happened on its own… Like when you are in a bar with friends, an absurd memory pops in your head and you share it with people around you. This film is very much like that; a ridiculous episode that I wanted to share for the audience to have a little fun.”

Tsodykovskaya has an impressive portfolio of high profile commercial directorial work. She’s currently developing her first feature, called Bitsy, which is a psychological thriller that provides a twisted take on a love story where romance is scary and betrayal is a relief. Sounds interesting!