After their plans are unexpectedly canceled, three teenage girls spend a Friday night trawling their local suburbs, desperately searching for the cute new boy from school.
READ REVIEW
Next Previous 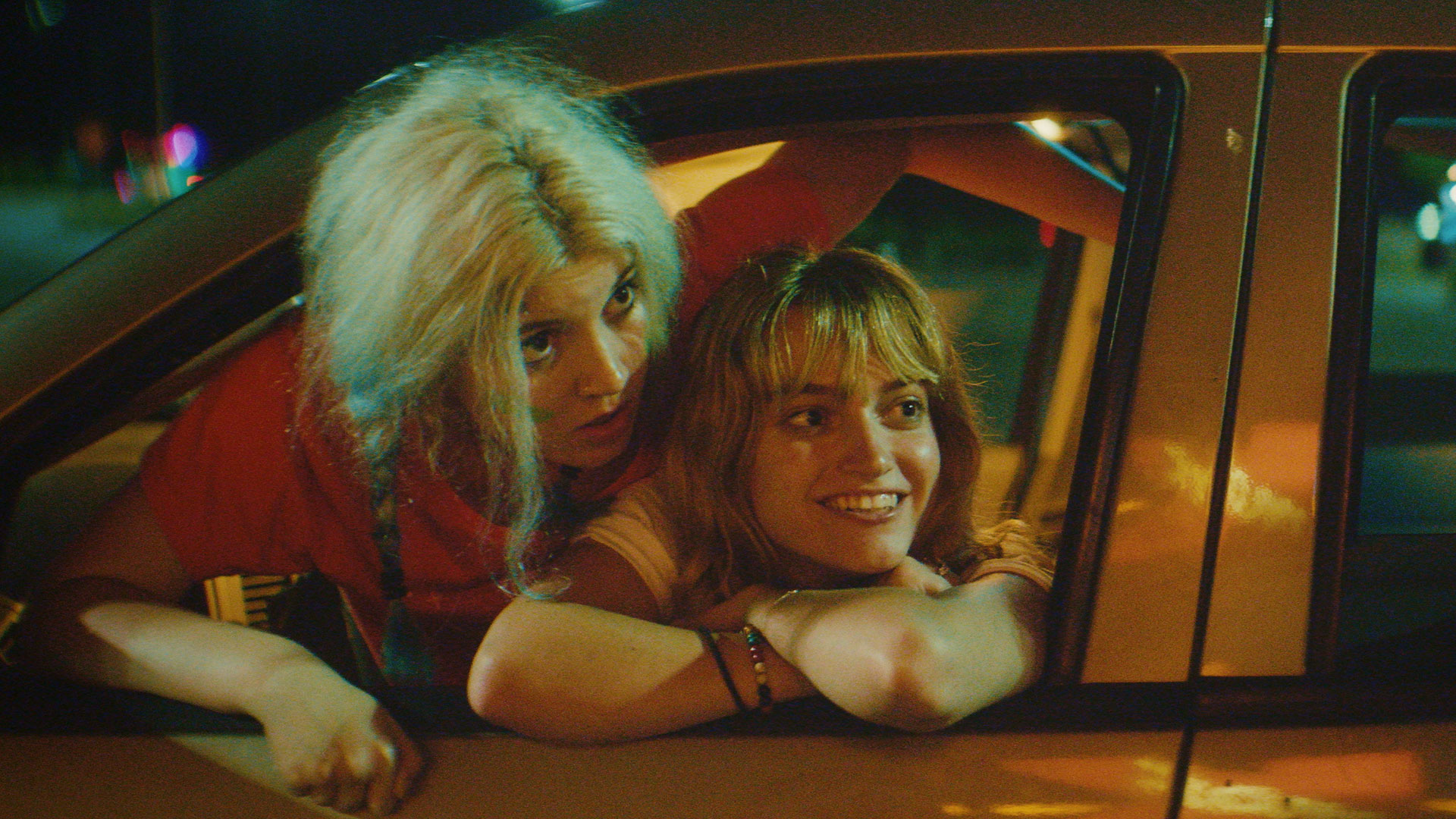 Nostalgia is a funny thing. When we look back, we tend to forget all the bad, and remember only the good. Cosmic Bowling from co-directors Emily Berge and Spencer Thielmann isn’t a nostalgic film in the traditional sense (i.e. it’s not a period piece). But, even though it takes place “now,” it’s clearing aiming to appeal to the memory of what you were like back “then.” It’s a time when Friday nights held endless opportunities…when cruising around a concrete suburban jungle in your friend’s car listening to music was the epitome of a good time. Sentimental, sweet, and somewhat meandering in plot, Cosmic Bowling is a love letter to nights where there were no worries and no plans, but everything was possible.

In some ways, Cosmic Bowling might annoy some. It’s main plot—the search for a new student that the trio of protagonists have been crushing on—is really just a MacGuffin. But, as many an inspirational poster has so eloquently stated, this one’s about the journey, not the destination. The film has just enough story to keep things moving. Really, though, the search for the cute new kid is window dressing for the film’s real appeal—an extended “hang out” session with three best friends. It acts as a proxy for all the nostalgic memories you probably have hanging with your dorky/goofy buds. In that sense, Cosmic Bowling feels timeless—in fact, it’s sort of amazing how little these girls use their phones throughout the runtime. This is a period film that is aligned with a particular stage of life, not a specific decade.

As writer and co-director Emily Berge relates to Short of the Week:

“Like most American kids, I grew up romanticizing the idea of being a teenager. I expected to find myself riding in the pussy wagon from Grease or throwing an all night kegger à la Dazed and Confused. And when it actually happened to me, it was awful, but it was also strangely amazing and beautiful. In Cosmic Bowling, I hope to contribute to the tradition of the American high school movie, but with the inclusion of my own strange, silly, lovely experience.”

From watching the film, the Linklater influence is obvious. As stated, it’s more concerned with the overall vibe, rather than traditional plot elements. But, there is a key difference here. As much as I love Linklater, he’s undoubtedly a “male” director. Dazed and Confused, Everyone Wants Some, Boyhood—they’re movies about, well, being a dude. It’s interesting to see the same nostalgic structural playbook applied to girls. It might seem like simple distinction, but I’d argue it’s what really makes Cosmic Bowling feel unique.

While the film perhaps errs on being a bit too long (going in, you know the plot isn’t going to have a massive structural payoff), it’s hard to deny the film’s charm. It’ll make you wistful for a simpler time—when even the most mundane activities, like hanging in a K-Mart parking lot, had the potential to become magic.