An uninhibited 10 year old girl faces the social fallout from flashing her class in a recess game gone awry at her strict Catholic school.
READ REVIEW
Next Previous 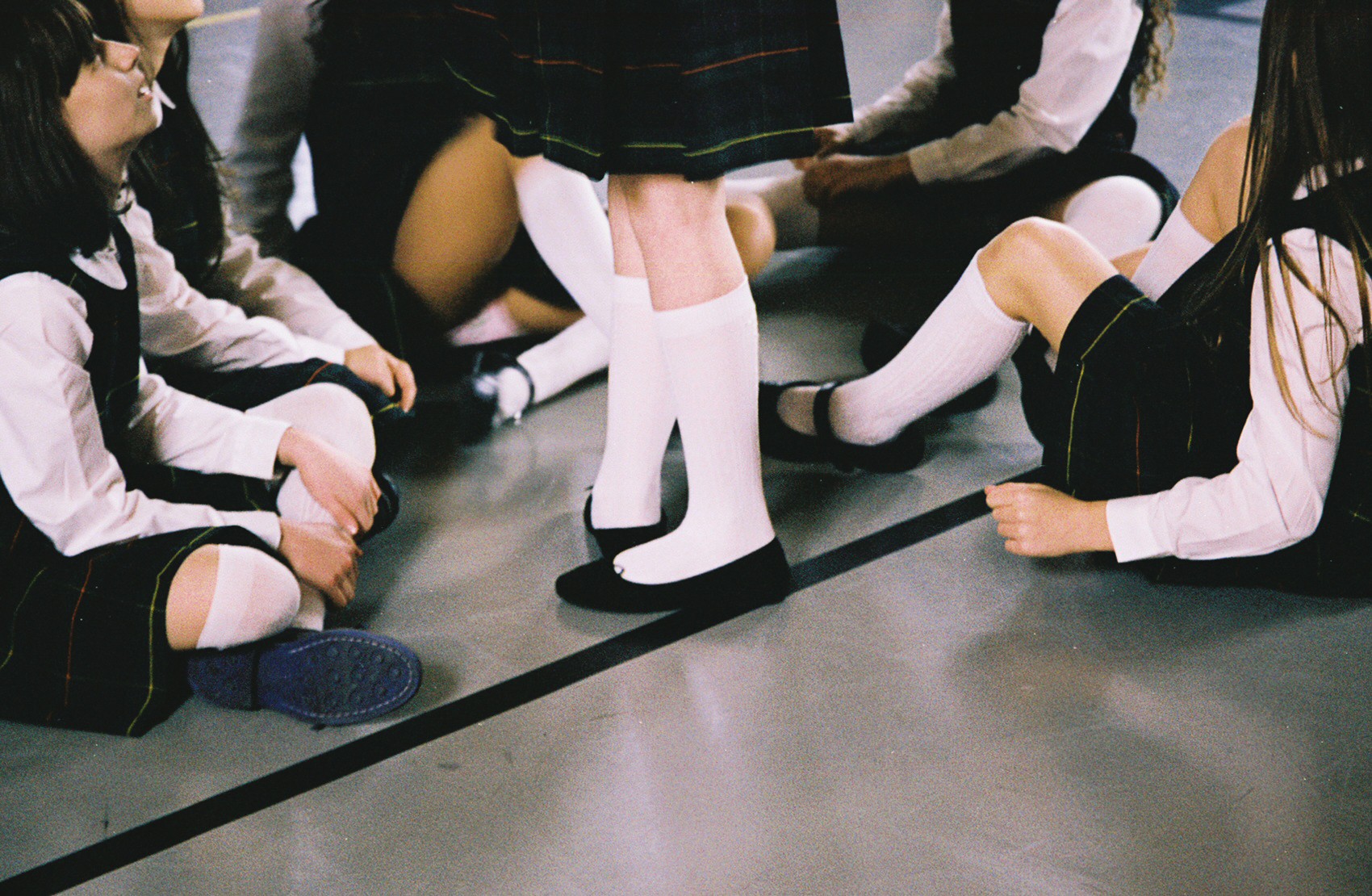 The path to womanhood is often paved with small, humiliating episodes. Brief and seemingly inconsequential, these moments often turn out to be integral parts of the women we all become. Writer/director Molly Gillis asks us to relive a little of the embarrassment from those awkward childhood years with Now You Know, the tale of a 10 year-old girl facing social scrutiny after joining in an innocent game.

The inspiration for the film came from a personal experience Gillis had as a young pre-adolescent attending Catholic school. Playing the same game her lead character does, the memories of the event only came flooding back to the filmmaker when she was working on a short documentary centered on a young girl in Catholic school.

Gillis identified strongly with her subject and remembered what that innocent period was like before becoming subject to social pressures and gender expectations around the time of puberty. That memory served as the inspiration to tell a story that most women will find extremely relatable—a story about that fragile moment in an adolescent’s life when she becomes aware of herself as a sexual being.

The personal connection that Gillis brings to the premise adds an undeniably authentic and realistic layer to the film and Gillis endeavors to push that understanding beyond the simple premise. Wanting to bring the audience inside the main character’s conflicted mindset, all aspects of the film are coordinated to depict this coming-of-age moment from the emotional point of view of the young girl.

From the cinematography to the sound mixing, Gillis uses the craft of filmmaking to try and better capture the mix of feelings and the evolution of her young lead. We wander around her world sharing her easily distracted perspective, only seeing or hearing what it is she pays attention to. There’s no distance between her and the audience, which makes the emotional engagement all the more powerful, hopefully sparking empathy even for people who don’t identify to the character or the experience.

Underpinning it all, Gillis’ strong direction heavily relies on Bryce Lorenzo’s lead performance. The aesthetic of the film—the close ups, the roving camera—are successful thanks to her layered and subtle portrayal. As a professional actor, she also served as the leader for all the non-professional kids on-set, alternating between improvisation and scripted parts, making the group scenes feel even more realistic and lighthearted.

To say this was a meaty role is an understatement, Lorenzo navigates the confusing mix of emotions her character goes through with a rare nuance. She is deeply moving without ever needing to say much. The last scene concludes the film on such a heavy note, she manages to convey all the weight of what she just went through, the introduction to womanhood, the beginning of the end of her childhood, without saying a single word and making the symmetry with the opening scene sink in even deeper with the audience.

After a good festival run, we are happy to host the online premiere of Now You Know, co-produced by one of our alums Ashley Deckman (Career Day). Gillis is already working on her upcoming thesis film Plaisir, a documentary hybrid project about an artist commune in the South of France.