Children in costumes, proud parents, the holidays, all recipes for a nice evening at Little Brooke Elementary, until Alley McBride and her mother, Mandy, take the stage...
READ REVIEW
Next Previous 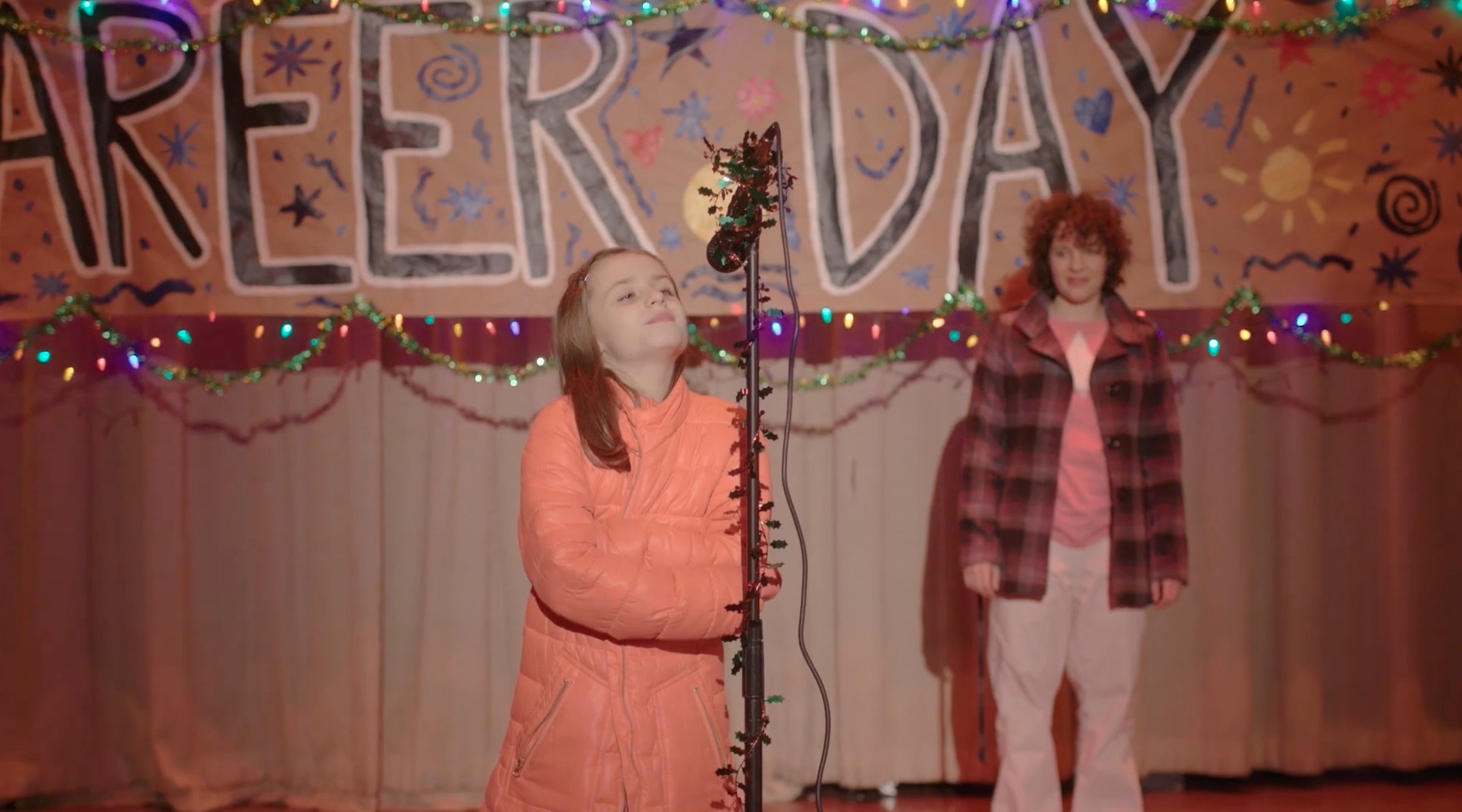 It’s career day at Little Brooke Elementary school for the fourth graders. Alley nervously waits for her mother Mandy, who is running a bit late for their special presentation. And let’s just say that the other kids and their parents or guardians have no idea what they are about to see. Shot handheld, Ashley Deckman’s Career Day perfectly captures a fascinating mother/daughter relationship that is brought to the screen through a comedic yet touching screenplay and extremely compelling performances.

The film was part of writer/director Deckman’s second year curriculum in the MFA program of NYU, and struggling for inspiration, she realized that in her childhood she had the perfect story to bring to the screen. They say write what you know, and so she based her film on her real life. As a little girl, during a field trip to a fire station, when asked what her mother did for a living, her answer was the Pink Power Ranger. Honest mistake, since her mother was actually a paralegal, and after all the Pink Power Ranger is beautiful, smart and brave. The best part is that her mother actually went with it, how cool!?

Given her personal attachment to the narrative, Deckman succeeded at penning an emotionally charged screenplay that does not shy away from reality, with two fleshed out characters. Careful thought was also given to all the supporting cast lines, making the other kids’ short presentations hilariously predictable or plain old awkward, which feels like great side dishes to the entree that is the Alley/Mandy performance. The film has multiple layers and is ultimately written as an homage to all the single parents who struggle and try their best to have it all under control 24/7.

Two outstanding performances magnify the screenplay, and carry the depth of the words to the screen. Matilda Flemming as Alley and Rebecca Karpovsky as Mandy have a natural chemistry that makes their mother/daughter relationship extremely genuine. It honestly reminded me of the Bledel/Graham duo on Gilmore Girls. Both Flemming and Karpovsky portray their multi-dimensional characters with a commending ease, switching from drama to comedy, from one line to the other in the most convincing way, making their characters endearing and impossible not to root for.

I always find parent/child relationships fascinating because they are all different. Career Day is a fresh take on young single motherhood. In the eight minute run-time of the film, we see the mother wearing all the different hats she does on a daily basis, mother, provider, friend and protector while the daughter appreciates all her mother’s efforts and no matter what the outcome is, she will remain her hero. The way both of them stand up for one another was also another proof of the deep bond they share.

We caught Career Day earlier in the summer at the Palm Springs ShortFest, and were immediately captivated. Already in the homestretch of her program, Deckman is in the midst of writing her thesis film, based on a true story and personal on another level. The MFA program of NYU brings us once more another talented filmmaker whose future projects we await.