An irreverent alt-history of of a classic dining tool, and how one lazy lazy woman changed the restaurant industry forever.
READ REVIEW
Next Previous 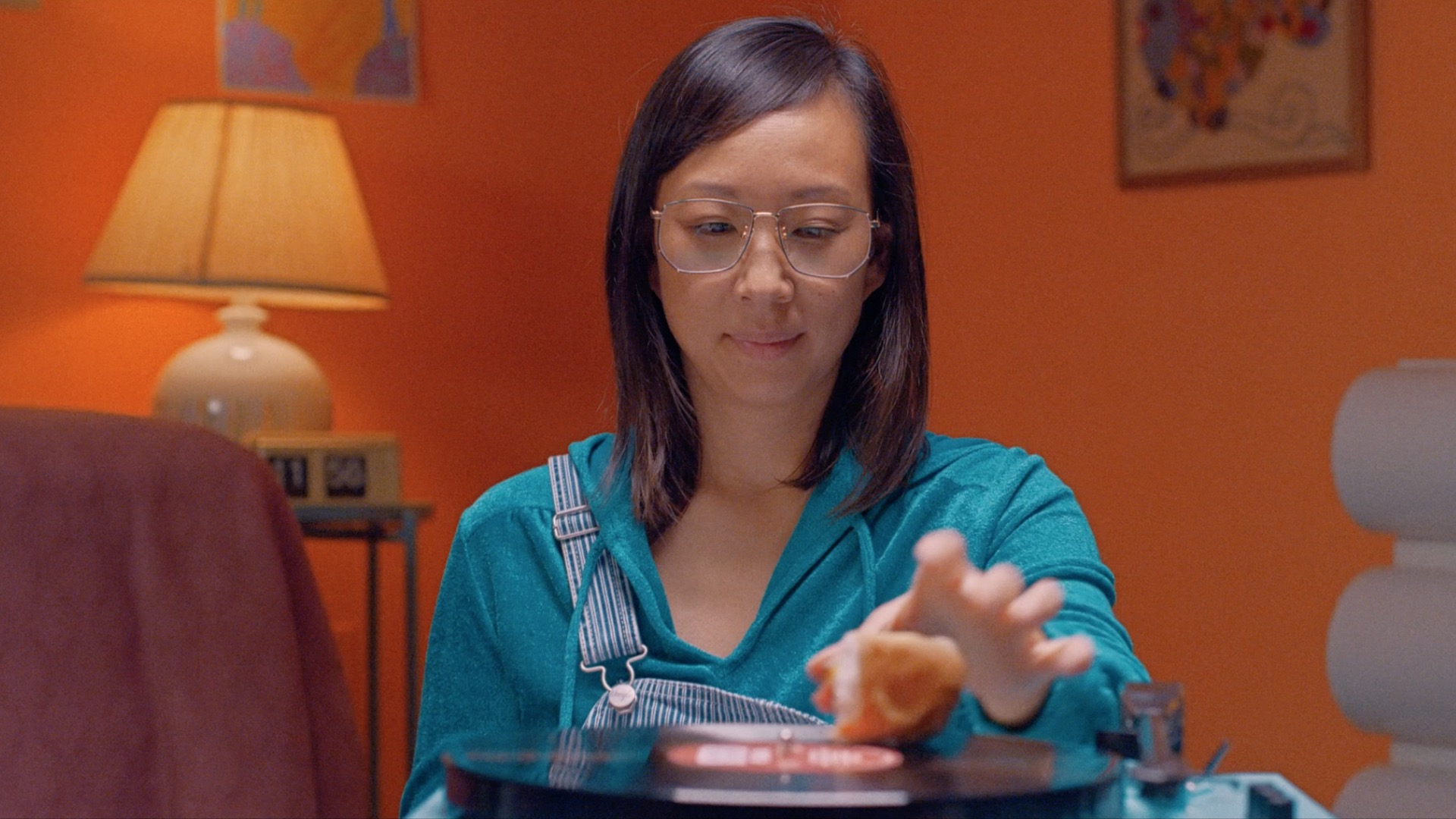 The summer’s most exciting cinematic piece of revisionist history has arrived (apologies Once Upon a Time in Hollywood)! Lazy Susan is the origin story we need right now. I don’t care to learn that, “actually, The Joker was a bullied young man before turning to supervillainy, so we should have sympathy for him”—NO! Give me a fabulist yarn about the invention of an under-appreciated but ubiquitous dining tool!

This tongue-in-cheek intro befits a film that never takes itself too seriously. In a lightning quick 4 and a half minutes, directing duo Terri Timely takes us back to the 90’s to contemplate the type of person whom might use “laziness” as a superpower.

At its core Lazy Susan is a family story about a Chinese American family that runs a large restaurant. Cliché dynamics are presented and turned up to 11, as a sibling rivalry takes center stage. Susan is lazy—like, unnaturally lazy—coming up with any excuse to refrain from movement. Annie, her overachieving sister, is a constantly whirring dervish of activity—you can imagine which daughter her mom prefers.

However, when crisis hits, it is the lazy, lazy, Susan whom comes through in the clutch. A competing restaurant, Soup Station, moves in next door and, powered by its ingenious innovation (self-serve soup!) the family finds itself in business trouble. How can their traditional Chinese restaurant compete? From this humble beginning, the legend of Susan is born.

You can connect the dots from there, but I don’t mind divulging these minor spoilers, as really the film’s appeal is not in where it winds up going, but how it does it. Terri Timely really are excellent at several aspects of their craft—the duo, comprising of Ian Kibbey and Corey Creasey, are well-known visualists—their early experiments, Synesthesia and Input/Output, are iconic, with the latter honored as a Vimeo “Best of the Year” pick in 2015. The duo ventured into storytelling with its documentary short Dollhouse in 2016, a film we featured fresh off its successful screening at SXSW, and which I still think of as a nearly perfect example of the profile doc format for the way it cleverly incorporates humor via its edit, and they’ve gotten a ton of reps with their high-budget award-winning commercial work, which includes the celebrated Geico “unskippable” series.

Lazy Susan as the first narrative piece I’ve seen from them, and it is a delightful fusion of their trademark traits. Collaborating with Production Designer Ginger Tougas, the film is bright and vibrant, but heavy on earth colors, and vaguely nostalgic in its period design. It is also buoyed by whip-smart action, and humorous visual comedy, edited to its tightest essence. Spinning is a recurring motif throughout the film, from Susan in a chair, to turntables, and, while on the nose, it is a clever bit of foreshadowing and thematic interweaving that I find joyful.

Ignore that experts date the lazy susan’s invention to as far back as the 19th century, and instead appreciate the brevity and pleasure of this short slice of myth-making that premieres today! On roster at the prestigious Park Pictures, Terri Timely work frequently, so follow them on Vimeo to keep up with their award-winning commercial work, but first savor this, as passion projects are few and far between for this talented duo, and tend to be dropped from heaven when you least expect them! We can only hope that this foray into narrative whets their appetite for more.