Kiss of the Rabbit God (兔兒神)

A Chinese-American restaurant worker falls in love with an 18th century Qing dynasty god who visits him at night and leads him on a journey of sexual awakening and self discovery.
READ REVIEW
Next Previous

Kiss of the Rabbit God (兔兒神) 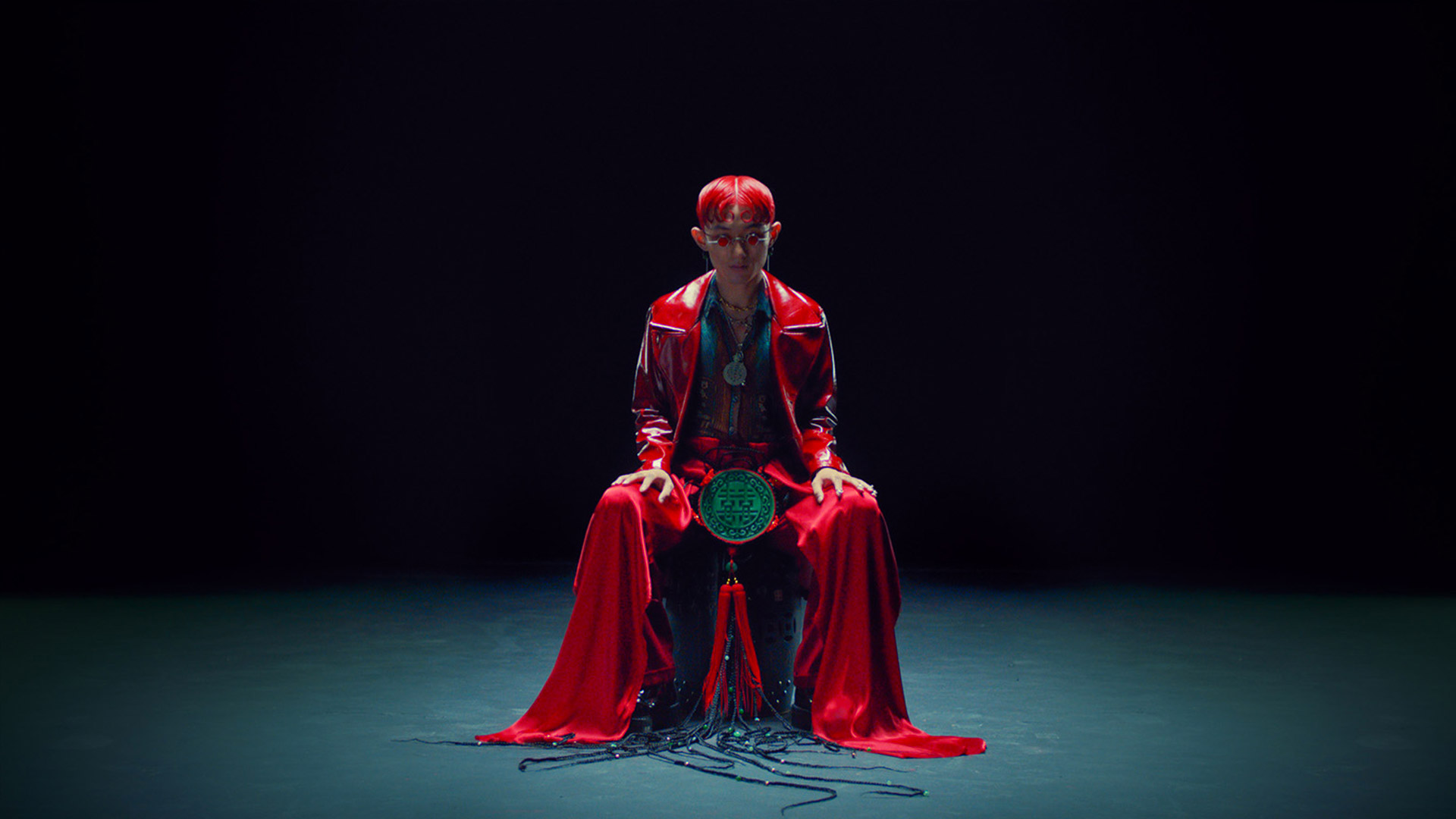 Let’s travel back to 2012. It was a simpler time. Vimeo Staff Picks were a very big deal. And, as a result, a singular work of Staff-Picked aesthetic prowess had the power to become a phenomenon. So, is the story of Andrew Thomas Huang’s, Solipsist: a work of practical, vibrant kinetic surrealism that—for lack of a better phrase—blew up. Solipsist is one of those seminal short projects from a quainter epoch when one film was able to capture the internet’s imagination.

Seven years later, Huang has built quite the impressive resume, from high profile music videos to renowned art exhibitions. His most recent film, Kiss of the Rabbit God, feels like an interesting evolution in his filmmaking journey, marrying the stylistic bravado that defines his work with the more traditional tenets of narrative film. I don’t mean the word “traditional” in a pejorative sense. Rather, with Rabbit God, Huang is mashing together the surreal and the real, complementing his unmistakable aesthetic with indie drama. The former style becomes the film’s bookends: striking compositions infused with Chinese symbolism and elaborate production, set, and costume work. The latter is the film’s core: shot in intimate, hand-held 4×3 that is bristling with raw cinematic energy. Kiss of the Rabbit God never quite goes as gonzo as you’d expect for a Huang film, but, when you dwell on it, this feels appropriate. After all, this is a story of sexual repression, and, ultimately, discovery—a reserved protagonist teetering on the precipice, terrified of letting go and finally gaining the courage to give into his desire.

Obviously, film is a visual medium and Rabbit God looks as amazing as you’d expect. Even the dingy Chinese restaurant setting pops with perfectly chosen splashes of neon. But, the real thing of note here is how Huang manages to engage the other senses. Each touch between the central lovers is electric. You can feel their spark between one another. Smell it. Taste it. The setting, likewise, is visceral: the hot and steamy kitchen producing succulent edibles. Huang conveys yearning and lust in a way that is passionate, but never cheeky or exploitative.

As cinema becomes more inclusive and diverse, there’s certainly no shortage of queer self discovery films being made. But, in Huang’s hands, it somehow feels more intimate and, as you’d expect considering his aesthetic talents, visually dynamic and fantastical. The combination of myth and reality gives the film both a unique flavor and interesting cultural spin.

“Kiss of the Rabbit God is a confession and a love letter to my queer Asian community and tells the story of a lover’s quest for self-possession to own one’s desire and unlock sexual intimacy through spiritual embodiment.”

Kiss of the Rabbit God played the Seattle International Film Festival, Outfest, Tribeca, and was featured by NOWNESS, the latter of which premiered the film online.