Lacking proper identification, a 50-year-old man risks being separated by the authorities from his underage daughter, who has just had a baby.
READ REVIEW
Next Previous 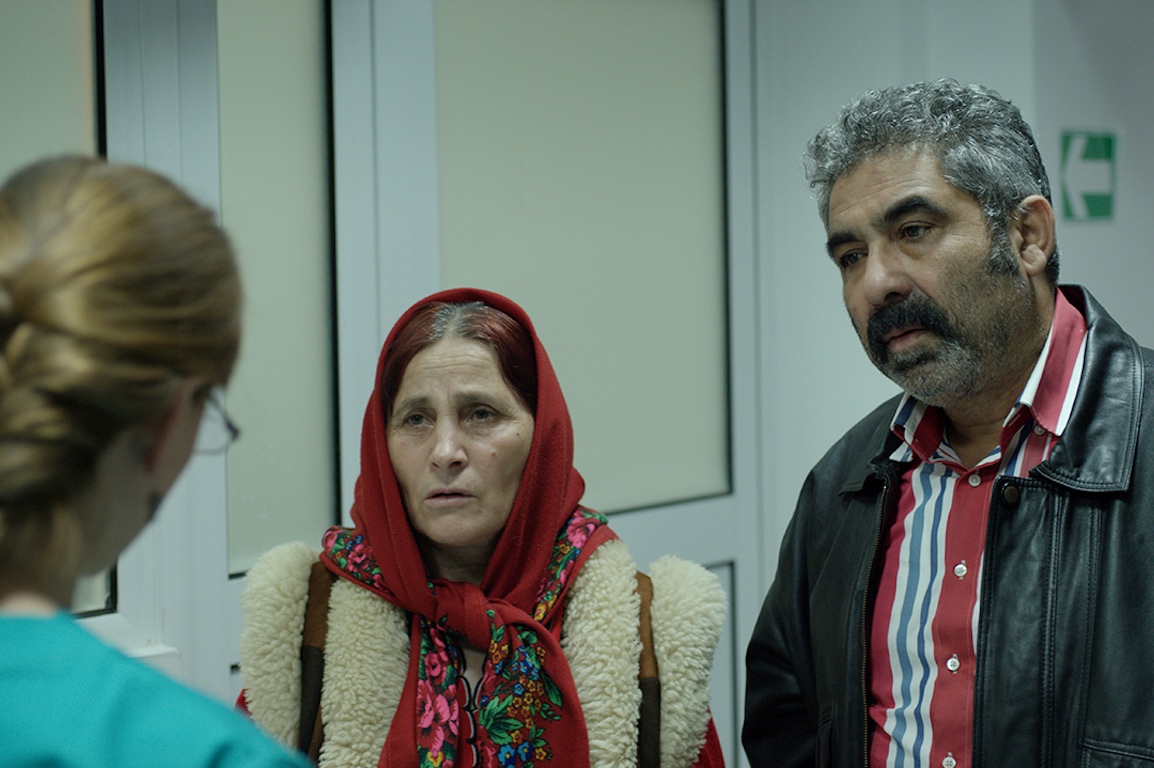 A tale as old as time itself: Man’s fight against bureaucracy in the face of governmental and societal institutions…

This is the premise of Adrian Silișteanu’s Scris/Nescris (Written/Unwritten): After Pardica’s underage daughter, who is really his granddaughter, has given birth to a child, the family needs to find her legal guardian to sign out the baby from the hospital since Pardica and his wife don’t have the proper papers. In this case though, the legal guardian is Pardica’s estranged daughter Giuberina, who has left her own infant children behind to be raised by her parents. All of this might sound a bit complicated, and it doesn’t make things easier for the family in the film themselves. A tale of desperation, shame and reconnection unfolds.

The urgency of the situation feels immediate without being too heavy or moralistic. The film was inspired by true events that the director witnessed himself in a Romanian hospital, inspiring to make an empathetic portray of a marginalized group most of us know very little to nothing about.

The authenticity and the film also comes down to the director’s process, as Silișteanu told S/W, “The most important thing for me was to use non-professional actors, speaking Roma language. It was a very difficult casting process and I decided to film with two cameras in order to catch maximum of their acting.“

After Pardica has to drive to a remote village somewhere in Romania to find his daughter and make her come to the hospital, Giuberina finally confronts her past decision of having given up her own children and a flow of emotions breaks through the hard shell. It is scenes like this that make it hard to believe that the cast didn’t consist of professional actors. The film culminates with a subtle, but very satisfying conclusion—the bond of family triumphs over the sterility of bureaucratic procedure.

One of the most prominent European short films on 2018’s festival circuit and a nominee in the short film category at the European Film Awards, Scris/Nescris is probably a tougher sell for online audiences. As a 20-minute neo-realistic, foreign-language film, it admittedly might even feel like a bit of work. But it is the kind of work that is more gratifying for having put in the time.

Coincidentally, we lately featured a handful of shorts about people on the relative fringes of society and Scris/Nescris‘ depiction of the harsh realities of Romani people definitely falls into that realm. But what is independent storytelling for, if not for giving a voice to the historically voiceless? As S/W co-founder and editor-in-chief Jason Sondhi put it in his comment on Nachtschade: “Diversity is a boon to film in providing a kind of innovation. It just happens to be a novelty of perspective rather than in form.”