Tarik helps his father transport illegal immigrants into the Netherlands. When an accident occurs, he finally gains the acknowledgment he has yearned for, but at a high price - the loss of his own innocence.
READ REVIEW
Next Previous 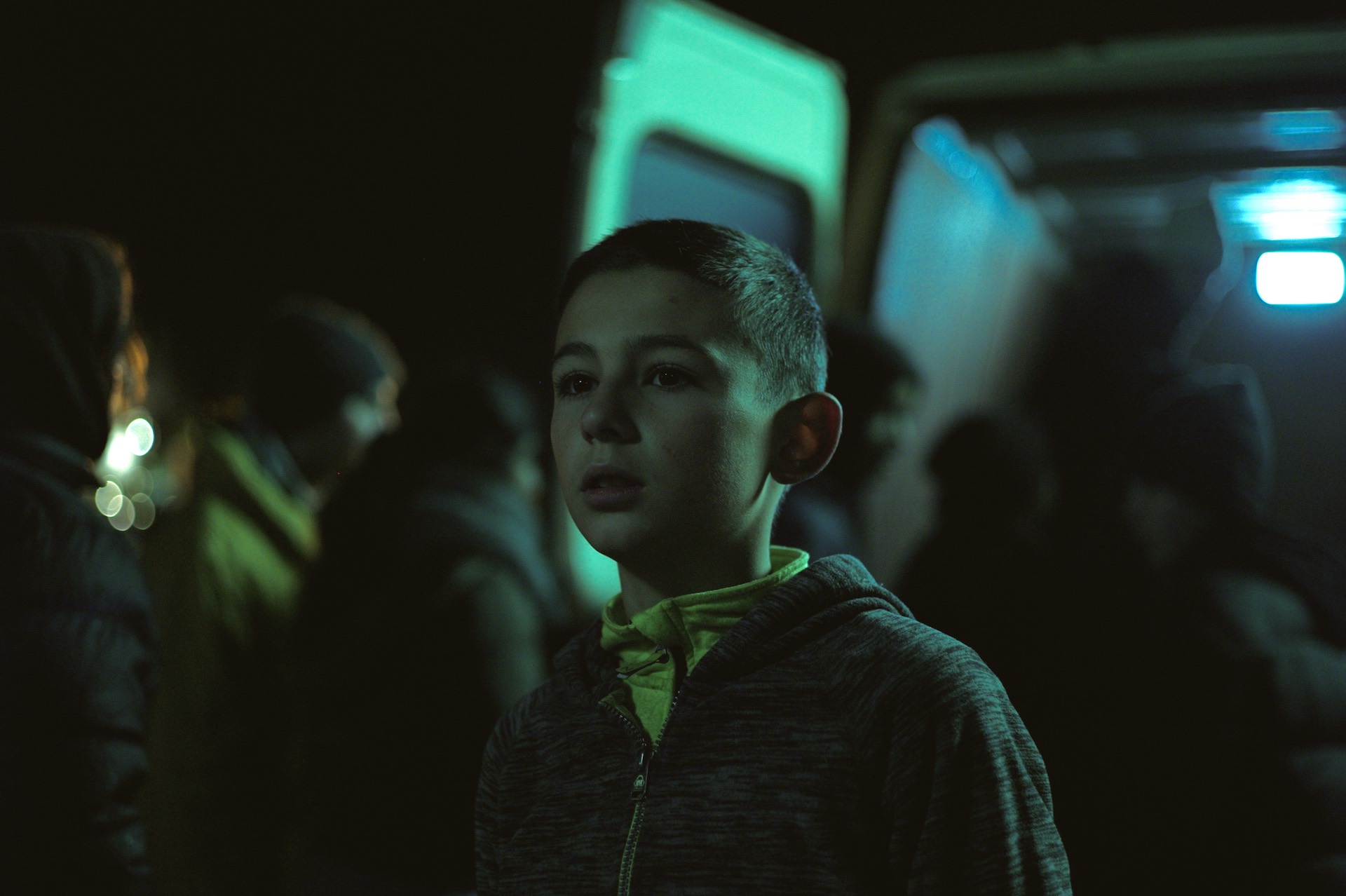 Inspired to create his short after witnessing some horrific CCTV footage of a minibus full of refugees flipping 180-degrees on a European highway, Shady El-Hamus’ Nachtschade (Nightshade) invites its audience to join 11-year old Tarik on an illicit journey through the night, as we witness his childhood harshly ripped from his innocent hands.

When you picture the Coming-of-Age movie, the images that probably spring to mind (if your film references are as old as mine) are Jerry O’Connell and Will Wheaton running from a train or Ben Affleck chasing freshmen with a paddle, this portrait of a young child helping his father transport illegal immigrants into the Netherlands is a much darker tale.

Aiming to create a story that examines how parents influence their children for the negative and raise questions regarding where guilt lies, the success of Nachtschade lies largely in the hands of it’s two lead actors – Kubilay Sengul (Tarik) and Mustafa Duygulu (his father). The validity of their relationship is essential if an audience is to engage with the narrative, so El-Hamus decided to draw on his experiences to guide his performers.

“I always looked up at my father, he was my hero”, the director reveals. “I remember how I looked at him, how he felt to me, and tried to visualize that. In casting I looked for a father with a certain charisma and strength. Mustafa and I talked about lowering his voice whenever he spoke and the pronunciation of his lines – he hardly asks anything, all his lines have a demanding quality. With Kubilay it was just his eyes. I told him the story of the film and he just felt and understood it. There’s just that thing in his eyes, they tell a whole inner world. That quality carries most of the film I think”.

Having first caught Nachtschade at Go Short back in 2017, El-Hamus’ film made such an impression on me in that screening, I remembered it almost shot-by-shot two years later. Tackling the specifics of the refugee crisis and the universality of the parent/child relationship, Nachtschade is a resonating drama, high on impact but brimming with subtle, layered details that linger long after watching.

Having featured on S/W in the past, with a writers credit on 2013 Sundance short Magnesium, Nachtschade is the seventh short El-Hamus has directed. Having recently made the step to feature with his debut About That Life – a lighthearted comedy/drama that follows three 18-year olds around Amsterdam for 24-hours – the film is released in Dutch cinema’s this week.

Describing his first feature as tonally very different from this short – “think of it as a mix of Fellini’s I Vitteloni and Superbad” he explains – Shady reveals his next film will be “more in line” with Nachtschade.