A portrait of the disparate but connected worlds of workers and revelers at the fastest two minutes in sports, The Kentucky Derby.
READ REVIEW
Next Previous 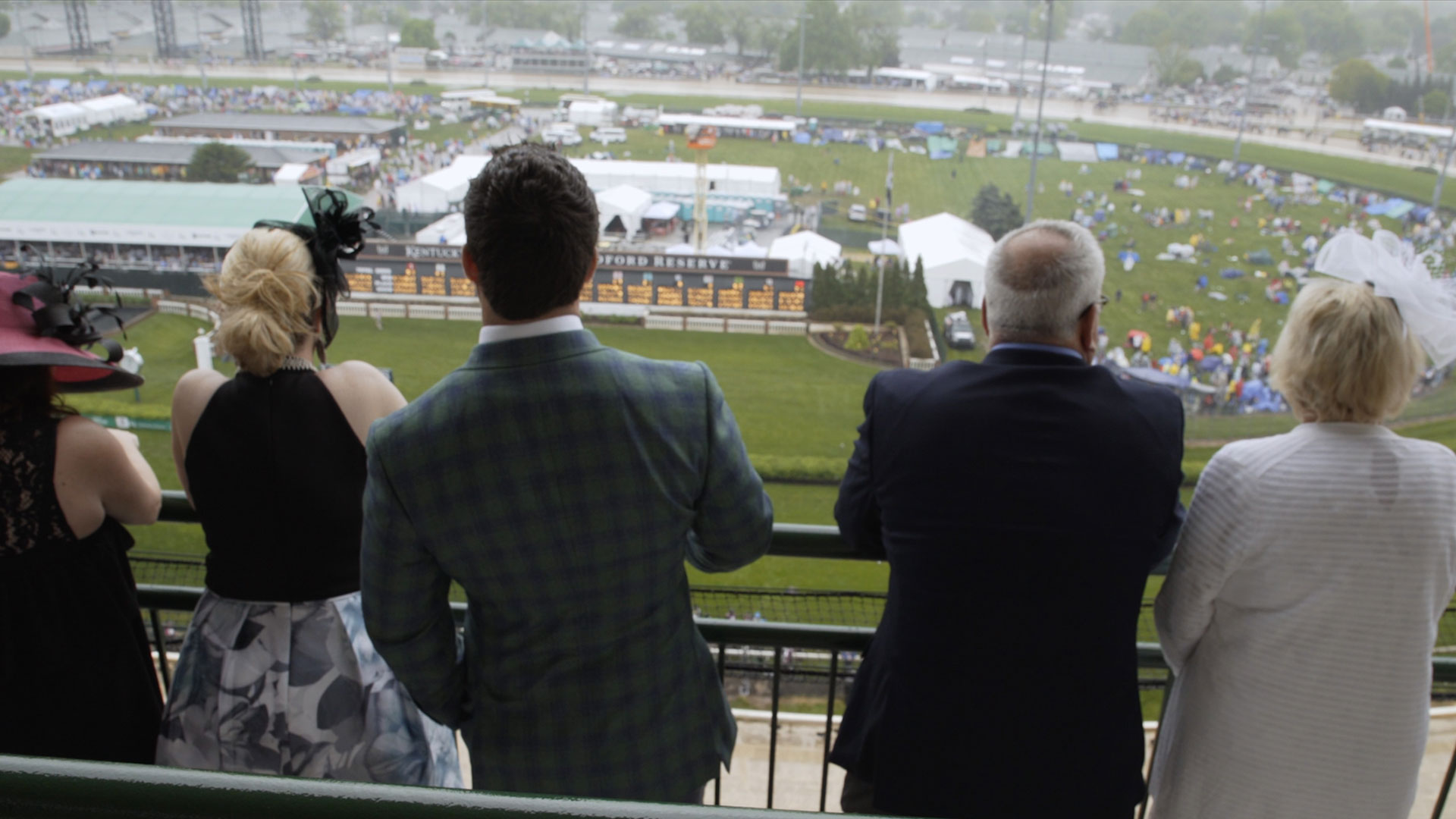 As proven by this observant, atmospheric short doc from filmmaker Remington Smith, there are few events that encapsulate America quite like The Kentucky Derby. It’s the good ole’ U.S. of A at her best and her worst—an event that showcases a playground for the privileged, built upon the labor of those at the opposite end of the spectrum. It’s mint juleps and big hats juxtaposed with a portrait of working class folks trying to make a buck parking expensive SUVs on people’s lawns. In other words, ‘Murica in microcosm.

While the economic subtext of the Kentucky Derby and all that it represents is undoubtedly a fascinating documentary subject, Smith largely steers away from a didactic approach. This, thankfully, isn’t a finger-wagging “issue doc.” Rather, we simply hang with the various attendees and workers, starting with the service laborers on the bottom tier of the Derby’s economic infrastructure and moving upwards, spending time with young party-goers on the infield and eventually ending on millionaire’s row. It’s a simple and effective cinematic journey that emphasizes a salient point about class without ever belaboring it. The film’s experiential approach (much like the canonical short doc work of Sean Dunne) gives the viewer a feeling of inclusion in a hyper specific community and event. The rich folks aren’t painted as villains, nor are the poor workers portrayed as only noble laborers. It’s more complicated than that and Smith doesn’t shy away from this nuance.

As Smith relates to Short of the Week:

“The film reminds us that all the intellectualizing of poverty still doesn’t fix the fact that people still need to make money to eat RIGHT NOW. There are no easy fixes, there are no neatly drawn villains, and the issues presented are complex.”

Smith, who grew up poor in Louisville and spent three years living near Churchill Downs in college, isn’t an interloper. This is his community and, thus, a sense of authenticity comes through on camera. The footage we see here is cobbled together from all day shoots on Derby weekends in 2013, 2016, and 2018.

Following the completion of his feature documentary Rubbertown, he approached The Derby as an exercise in expanding his cinematic skillset, opening himself up to a to a free-form, observational documentary approach. Up next, he’s currently working on a feature vampire film entitled Land Lord.