Wyrm has two days to get his first kiss or he’ll be held back as part of the school district’s No Child Left Alone program, forced to wear his My.E.Q. Remote Monitoring collar through high school.
READ REVIEW
Next Previous 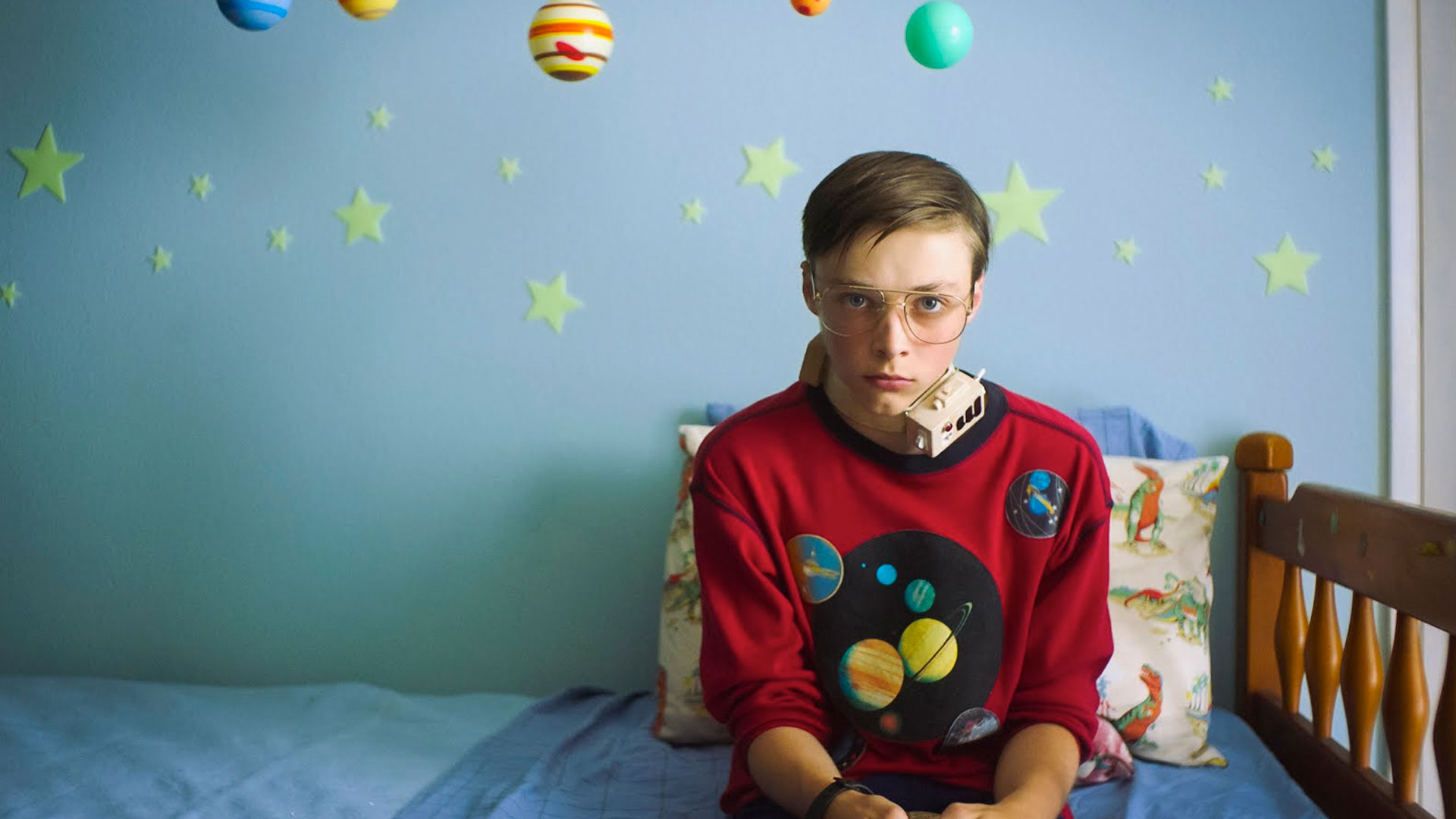 Winterbauer, already a S/W alum for his film Break Down, manages to craft something that is high-concept in premise but still relatable in terms of emotional impact. With its retro-future version of the 90s that never was, Wyrm is as familiar as it is foreign, playing towards our inherent nostalgia for the past, while supplanting its characters in a kaleidoscope of strangeness. In the world of the film, school districts monitor students’ emotional and sexual development through remote collars as part of a program called “No Child Left Alone.” The title character, Wyrm, is a nerdy, scrawny boy who desperately needs to “pop his collar” so he doesn’t end up in a remedial learning program.

It’s a goofy premise—a sort of pop-stylized, YA version of a Yorgos Lanthimos movie. And, like Lanthimos, the film never leans into broadly comedic territory. The script is straight forward and glib with line readings that evoke laughs as a direct result of the stoicism. The result is a lot of dry comedic moments that relate back to the universal experience of growing up. Moreover, the defined and eye-catching world-building allows Winterbauer to sneak in the film’s heavier and headier concepts as he deals with the “big questions” concerning both sex and death.

The film’s focus on the former topic is obvious, accompanied by a symbolic connection to the imminent arrival of the internet (it’s got everything!). The way the film handles the latter subject, death, is where I really think Wyrm becomes an exceptional short. We’ve all seen the awkward geeky boy struggling to adapt to the horrors of puberty before (albeit sans collar), but adding in the layer of the death of a family member—this idea of progressing beyond the lost sibling so that you “surpass” his place in the family—is a really interesting concept that is handled in a subtle, yet resonate fashion. And, so the film shows how awkward it can be to deal with (and talk about) the stuff that can be the most emotionally affecting. It’s a film about both growing up and moving on.

I always try to commend films with strong production design and Wyrm knocks it out of the park. So much of the world building is accomplished through visual cues: props, locations, costumes. The use of color is fantastic. And, again, the vintage items (the cumbersome computer monitors, the neon lighting) allows Winterbauer to reference the familiar while also crafting a unique and colorful backdrop that feels aesthetically fresh. It’s like Netflix’s Maniac, except, it feels more purposeful and compatible with the subject matter.

If the world of Wyrm interests you, you’re in luck: Winterbauer just wrapped post on a feature version. So, hopefully, we should be seeing more of this 90s retro-future that never existed very soon.