Charlie had hoped to have a completely honest break up. Unfortunately, David is being a real shit about it.
READ REVIEW
Next Previous 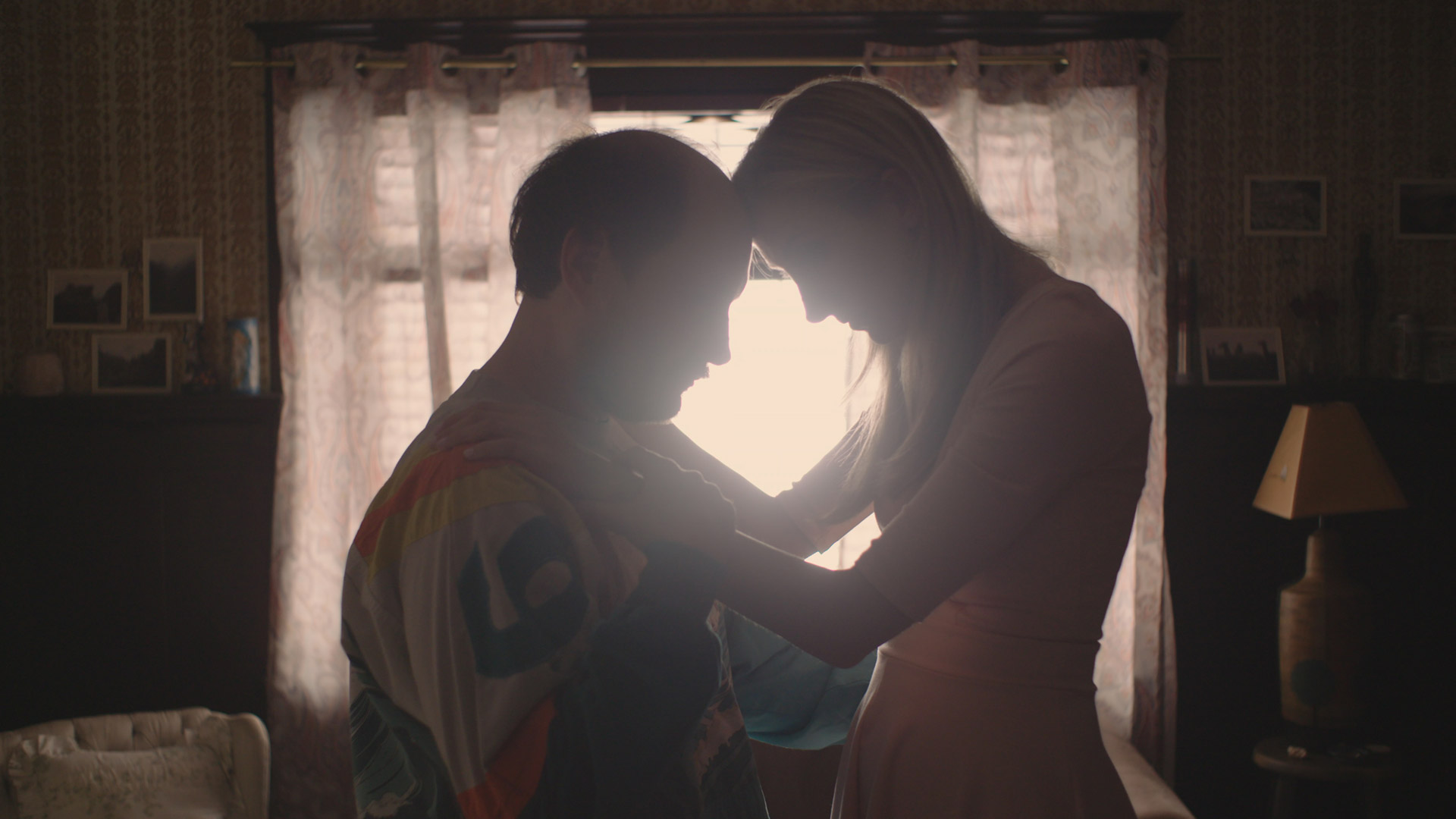 Breaking up. Yup, that universal feeling of rejection. Considering it’s such a “done” topic (from movies to books to essentially every country song), it’s a tough subject to pull off in an innovative way, let alone one that uses minimal cinematic resources or pizzazz. But, director and writer Christopher Winterbauer has pulled off such a cinematic magic trick with his film, Break Down, a low-key, darkly comic, but also poignant take on a couple who has reached the end of their path together.

Break Down’s genius is how it merges so many disparate tones. It’s weird, melancholic, touching—it’s a film that sort of defies traditional explanation. And, that’s what makes it so special. It feels honest despite being heightened. Thankfully, it’s not yet another indie quirk-fest where the characters feel like idiosyncratic screenwriter creations rather than real people. The dialogue is especially clever. Winterbauer has a knack for language and word order that makes the simplest of sentiments seem profound. As the title suggests, the central couple isn’t breaking up, they’re breaking down.

“I knew you never loved me.” “But, I would always remember you…as my almost love who died in her sleep.”

As such, it’s a film—that despite it’s quirky machinations (staccato close-ups, unconventional flashbacks)—feels quite emotionally grounded. The two central performances anchor the film. Both actors—Davey Johnson and Kate Freund—have wonderful chemistry that gives the on-screen relationship a sense of gravitas that grounds all the darkly comic one-liners.

Director Christopher Winterbauer expands upon his creative aspirations: “A friend of mine had gone through a breakup a few months prior and I was impressed by how honest they were with one another during the process. I was also horrified, thinking about how brutal that could be, how we (or at least, I) lie our way through these difficult situations to cushion the blow or protect our reputations. I’ve been with my wife for seven years and I thought about what it would be like if we went through a completely honest break up, and I realized that she would be able to hold up her end of the bargain and I would probably be a manipulative little shit about it, so the story sprang from there (she’s a much better person than I am).”

Winterbauer just picture-locked his thesis film, Wyrm, which features a similarly off beat take on a common topic. This time, though, instead of a break up, he’s focusing on nascent adolescent sexuality. Set in an alternate 1995, the film follows a boy who has six days to secure his first kiss or his My.E.Q. Remote Monitoring Collar, which the school district uses to monitor children’s emotional and sexual developments, will be left on and he’ll be placed in the remedial learning program as part of the “No Child Left Alone Program.”

Talk about an original pitch! We’re definitely excited to see Winterbauer develop his voice. He’s one to watch.