A garden centre employee fears his possible infertility and realises that sometimes you have to swallow your pride to let love overcome.
READ REVIEW
Next Previous 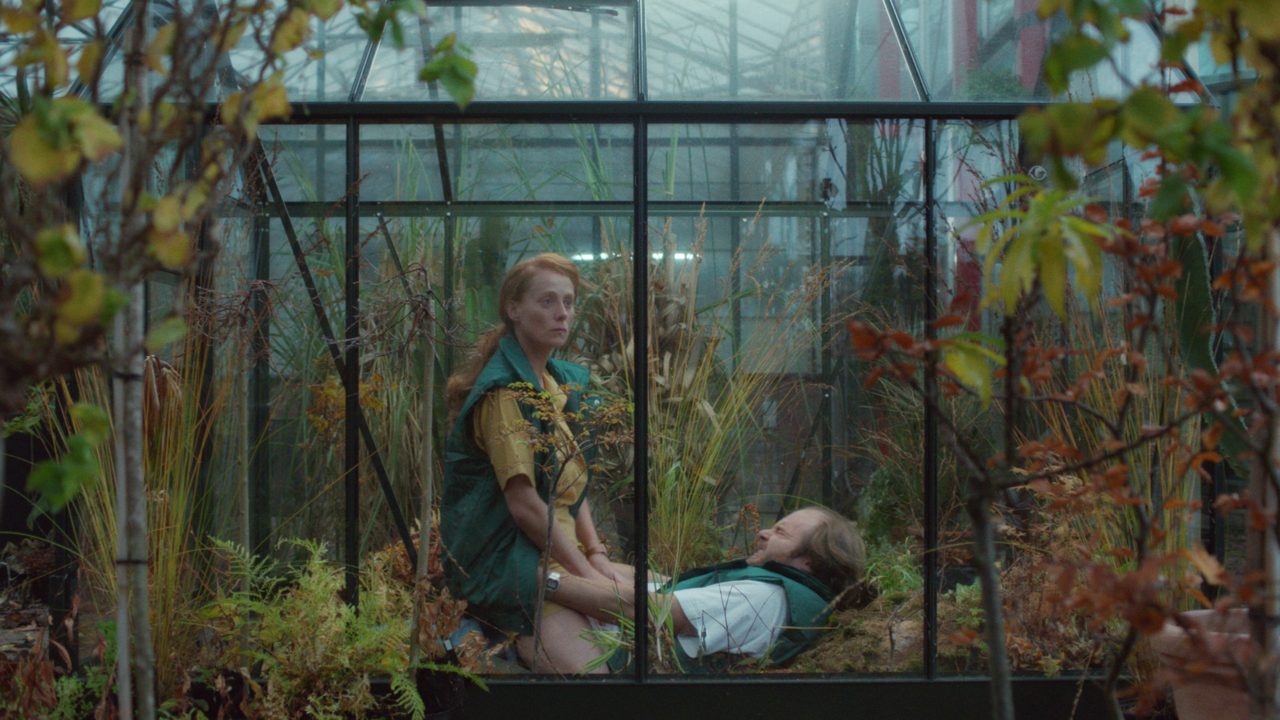 Sex is everywhere, there are whole sections of the internet devoted to it (you know what I’m talking about!), but in all our obsessions with it, there are still many areas largely undiscussed. Looking to rectify this is Noël Loozen’s colourful film Botanica, a comical short with some stunning production design that aims to shine a light on male fertility.

Following Twan, a garden centre employee who goes to extraordinary lengths to get his wife pregnant, Loozen’s film is a bizarre mix of sweet (or should that be salty?) and sour, as we witness the high and lows of true love. With the opening shot a clue to the initial inspiration behind the film, the director was keen to point out how Biblical thoughts led to him and co-writer Joeri Kloppert to create this surprisingly tender tale.

“What if Adam wouldn’t be able to produce healthy sperm?”

“It started with the perhaps most iconic symbol of fertility and re-production; the garden of Eden and Adam and Eve” Loozen explains. “It’s a scene familiar to most, and I set the location of the film in a garden center to unconsciously draw on this association. It’s quite a powerful thought – what if Adam wouldn’t be able to produce healthy sperm?”.

A film with a sweaty, suffocating atmosphere, Loozen obviously put a lot of thought into how his production could help shape his story. From the change of colours and set in the two opening sex scenes to a perfectly timed squirt from a windscreen washer, it’s the minor details here that help elevate Botanica, as this statement from production company HALAL explains:

In Botanica, Noël consciously incorporated a landscape full of symbolism to translate the feelings of the protagonist to the audience. The garden-centre and atmosphere had to communicate a sense of humidity – a heavy, somewhat choking feeling – to illustrate the intense emotional turmoil the protagonist is going through. The art direction very much focused on highlighting how the garden centre is not a botanical garden, it’s pretending to be something it’s not. It’s an artificial arena.

Having first watched Botanica at Go Short in 2017, it’s a short that really left a mark on me after just one viewing and a film I’ve been waiting to come online ever since. The second film from Noël we’ve featured on Short of the Week (the first being the equally jaunty Spoetnik), it’s clear to see from his work that he’s a director trying to establish a distinct style in both his aesthetic and storytelling and he’s a filmmaker we’re dying to see more from.