Sam starts working at Spoetnik, a clandestine chips stand named after its specialty. Right across the street is a brothel with an alluring girl who evidently needs Sam’s help.
READ REVIEW
Next Previous 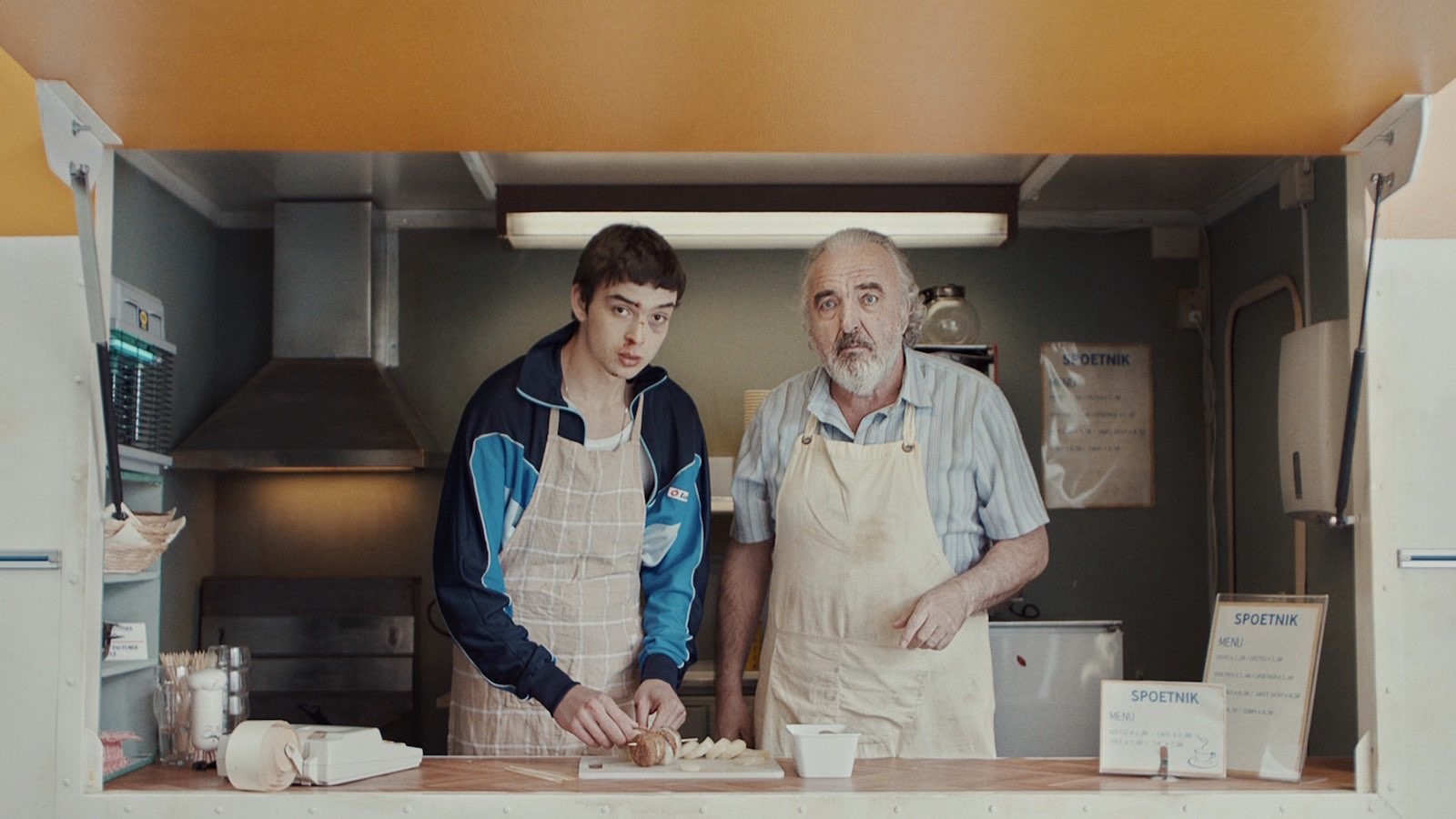 If you’ve been waiting all your life for a short film where an attractive girl eats a combination of meatball and onion on a stick, whilst be carried over the shoulder of a large bald man, then boy are you going to love today’s Short of the Week pick. Noël Loozen’s 11-minute short SPOETNIK, not only delivers the aforementioned treat, it comes served with a large side of style and a healthy helping of absurd comedy.

A slightly surreal tale of love at first sight, Loozen’s SPOETNIK doesn’t do anything revolutionary in terms of storytelling (it’s pretty much a case of boy meets girl, boys falls for girl, boy has to overcome obstacles to win girl’s heart), but it’s the filmmaking approach that really catches the eye here.

Characters, costume and location all feel perfectly picked and it’s obvious the director and his team put a lot of time and thought into creating their on-screen world. And whilst the slightly eccentric style will have many declaring this a Wes Anderson pastiche, to me it felt distinctly European and if we really felt the need to compare it to the work of another director, it would be more in the realms of Sweden’s Roy Andersson.

A semi-autobiographical tale with the director’s brother in the lead role, SPOETNIK premiered at Berlinale in 2016 and won the award for Best European Fiction Short at the Go Short Festival in the same year. After seeing his latest short Botanica at the 2017 edition of Go Short, I can safely say this short was no fluke and Noël is a filmmaker we should be keeping a careful eye on in the future.