Spend a year through the ups and downs of the life of an American teenager, told entirely from the perspective of his iPhone.
READ REVIEW
Next Previous 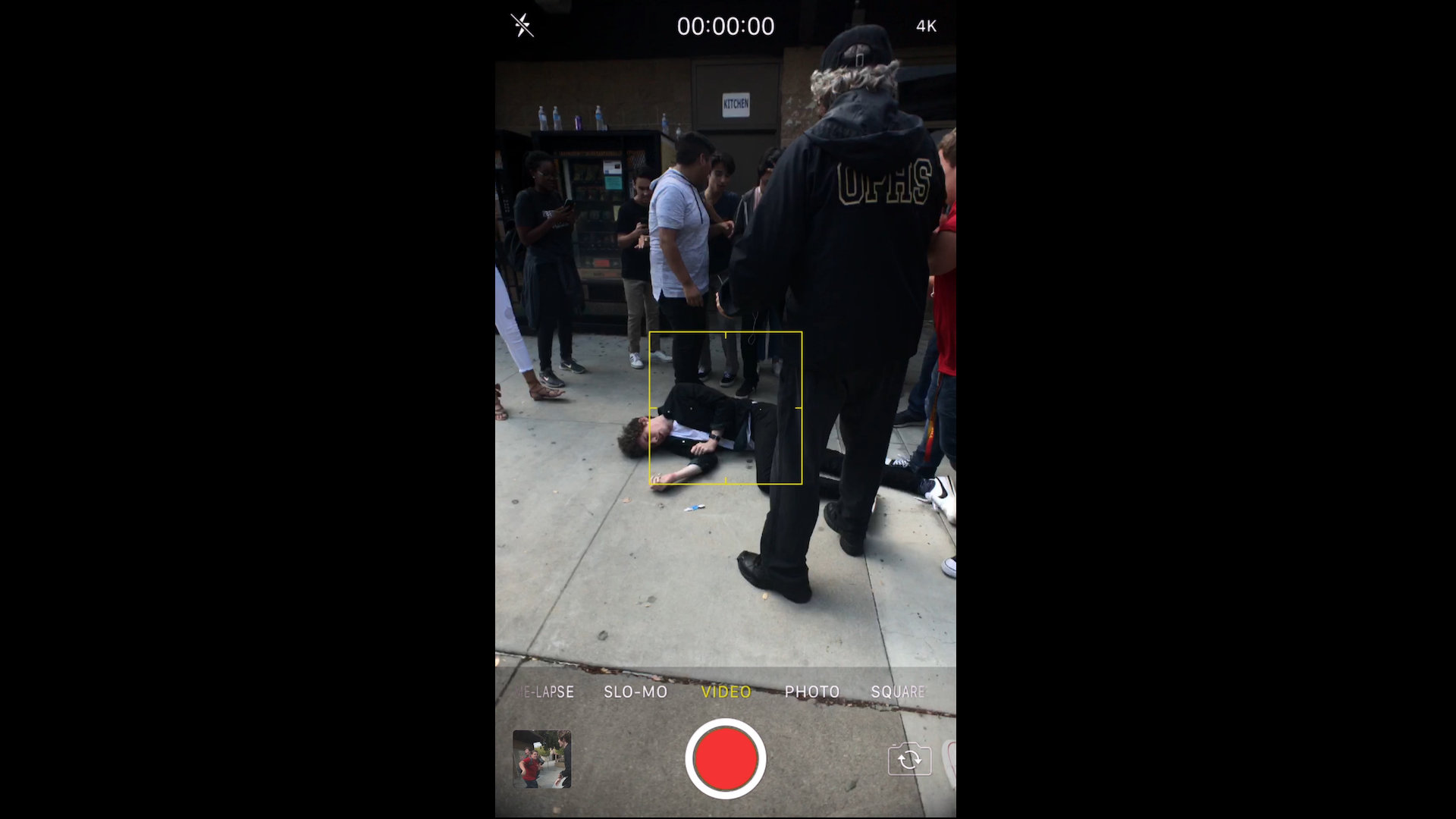 We romanticize the idea of “film” belonging on the big screen, even though our lived habits betray a paradigmatic shift in how storytelling is transmitted in a mobile-first, social-media age. Producing for the way viewers consume is common on the internet via YouTube creators and digitally-savvy publishers, but still abnormal amongst “serious” filmmakers wedded to previous standards. Pocket is the latest work to break with that tradition though—presented in vertical format (gasp!) and premiering online today, it captures a year in the life of an American teen with startling authenticity, its storytelling mediated entirely through the young teen’s phone. So go ahead and take out your smartphone, put in your earbuds, and jump aboard Jake’s teenage life-train of angsty romance and virtual popularity contests as you delve, Matrix-style, into the para-reality of digital intermediation—the liminal space where life is really happening for generation Z.

Different generations experience the world in different ways, but the gap is widening with the acceleration in the pace of technological innovation. This thought clearly fascinated directors Mishka Kornai and Zach Wechter—we did not have Instagram, Snapchat, or Tinder growing up, so this new generation truly are guinea pigs for a brave new world. While not the most original of concerns nowadays as the tech-utopian consensus turns dystopian, Pocket is notable in its holistic and thorough attempt to produce an honest, albeit fictionalized, look at adolescence in the iPhone/social media era. The lead, Jake, is the average American teen: pulling pranks, shyly pursuing a classmate, smoking weed, watching a lot of porn, and through it all glued to his phone. This is the new normal, but watching it unfold, via the mediums in which he engages, is nothing short of captivating.

Capturing the film entirely from the iPhone screen is probably the best way of telling the story, making sure social media and our cell phones occupy the space in the narrative they do in our real lives—they are omnipresent. This perspective also offers a very intimate access to the lead character that we follow around, having such insight gives the audience a good idea of who he truly is. Seeing one’s phone screen is as intimate as it gets, the concept terrifies me (conveniently ignoring that our digital crumb-trail makes this information a capitalist commodity) but this approach creates an unusual point-of-access to the audience. We feel the anxiety caused by the three texting dots, or the obsessive compulsion of constantly checking a girl’s Instagram account. Underlying it is a universal teenage awkwardness though—the wobbly flirting skills, or the casual bullying, instantly relatable—they are just lived through a screen now.

Mace Coronel, a well known Nickelodeon star, portrays Jake, and he nails every single scene with a recognizable teenage nonchalance. His annoyance at everything that is related to his family or to school is effectively conveyed, as is his digital fluency. Given how the film was shot, he was also the camera operator, using a custom TriPhone system to capture and monitor a phone screen, front and rear cameras simultaneously. The angles he shot from always feel natural, if not necessarily pretty. Authenticity in the point of Pocket however, and the approach is effective.

The film is having its world premiere here today and as a Vimeo Staff Pick Premiere. Needless to say we were very excited to share this film as it was made by three Short of the Week alums, Misha Kornai directed Growth, Zach Wechter directed This Table and producer Mike Glasz produced The Chaperone.