A woman (Alia Shawkat) walks in an Iraqi village. American soldiers drive by. Then, an explosion. But this is not what it appears to be, and the woman isn't happy with her role.
READ REVIEW
Next Previous 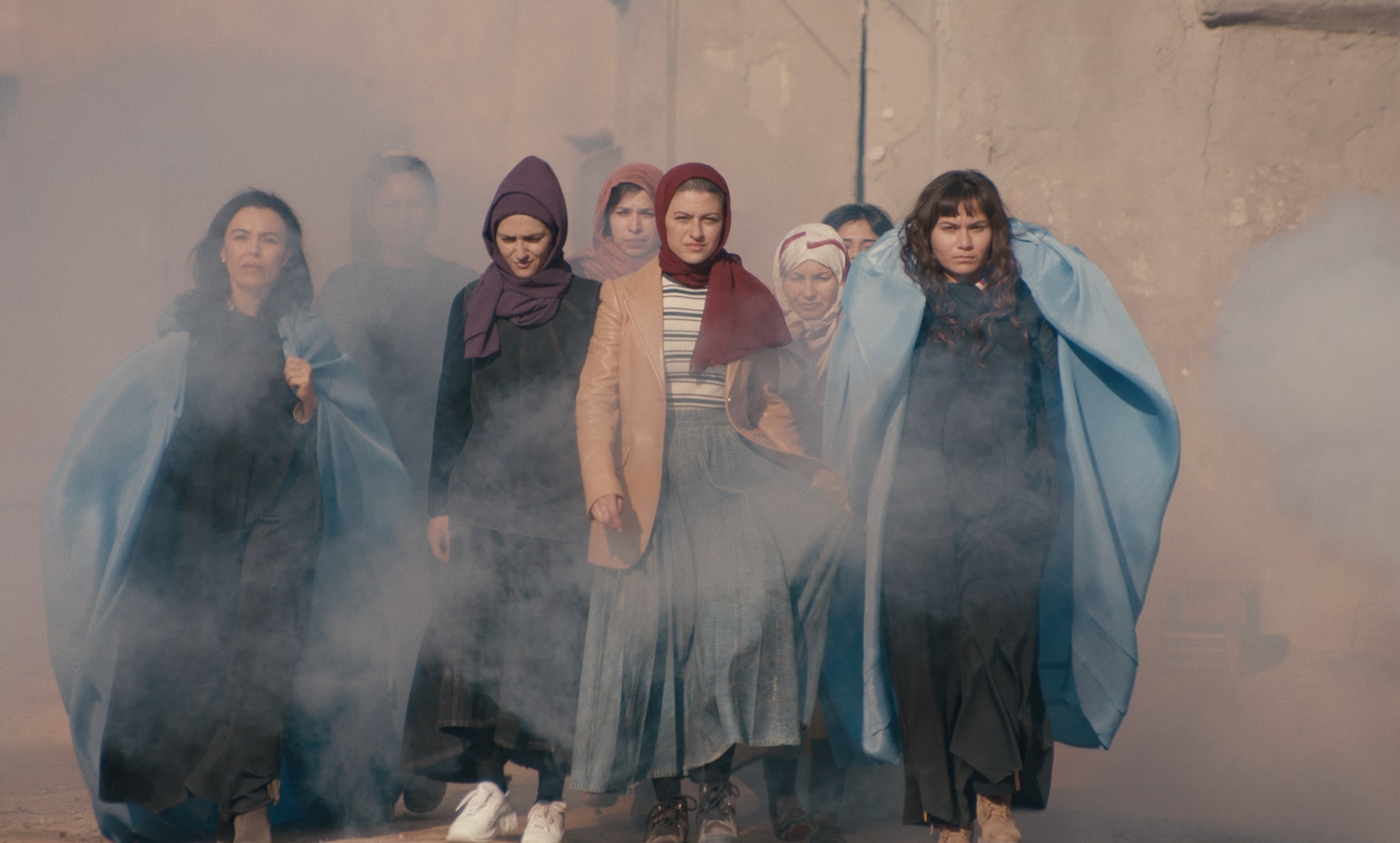 Just a regular morning on the streets of what looks to be a normal Iraqi town. For the locals, it’s business as usual, including the presence of American soldiers. However, when an explosion reverberates through the community, we quickly learn that things are not as they seem. Writer/director Hailey Gates’ deceptive short for the fashion brand Miu Miu, Shako Mako, explores identity & performance via an unusual premise. Along with a sharp and witty screenplay, outstanding production values, and an unsurprisingly stellar lead performance from Alia Shawkat, this comedic gem hits the sweet spot between surprising, entertaining, and thought-provoking.

Shako Mako sheds light on a practice I was unaware of, the existence of fictional Middle Eastern villages on American military bases for training purposes. The government goes all out in trying to give the soldiers-in-training an authentic experience by, among other things, hiring actors to play civilians. Drawn to how easily we can normalize the strangest conditions, and the idea of a quotidian lifestyle in an extreme environment, the project started as a documentary focused on those actors. Ultimately, the bizarre and compelling setting inspired Gates to switch to a fictional story however.

In this story, a woman, played by Alia Shawkat, has been performing as a normal citizen in these simulations for a while. She is good at it, and brings an unusual intensity to the role, often crafting her own backstories, and coaching up her fellow performers. Of course no one really asks for that level of commitment, and “performers” is perhaps too grand a term—none of the other extras that she performs with are actors, simply extras, and while she has dreams of catching her big break, she is constantly haunted by dueling feelings that she is one, wasting her time with this job, and two, that she actually needs the job because her big acting break will never come.

Shako Mako, as mentioned in the film, means “what’s up”. It’s literal translation however is more akin  to “what’s everything and nothing”, and Gates used that as the ethos of her film. The complex dynamic of conflicting ideas drives the film, between high and low stakes, the seriousness and the absurdity of the situation, even how at the beginning the film feels Middle Eastern before turning into a deeply American story. The sharp screenplay showcases Gates’ dark humor in a largely non-political way, but one that nonetheless does not shy away from reality of casual Islamophobic stereotypes, or observations on how “Hollywood” modern war can be.

Visually the film is a treat, it makes you travel without really traveling, since nothing is real. The (double) illusion is certainly successful. The attention to detail in the set design and the costumes, designed by Miu Miu, are definitely an integral part of the impressive look of the film. Equally integral in the film’s appeal is the casting of Alia Shawkat in the lead role. Gates wrote Laila specially for Shawkat, an actor with an Iraqi background, sticking to her meta theme, and it’s a juicy role—the hope and idealism of an artist hoping to get a big break striving to stay positive and make the best of a far-from-fulfilling situation.

Shako Mako is the seventeenth short film commissioned by Miu Miu for their Women’s Tales series, and the third we’ve featured after Miranda July’s Somebody and Crystal Moselle’s That One Day. Gates’ an actor, model and filmmaker, had previously collaborated with the fashion brand in another capacity and now joins the ranks of the high profile female directors of the best branded film series online with one of our favorites of the entire lineup!