A sixteen year old vampire begins to reconsider her past relationships.
READ REVIEW
Next Previous 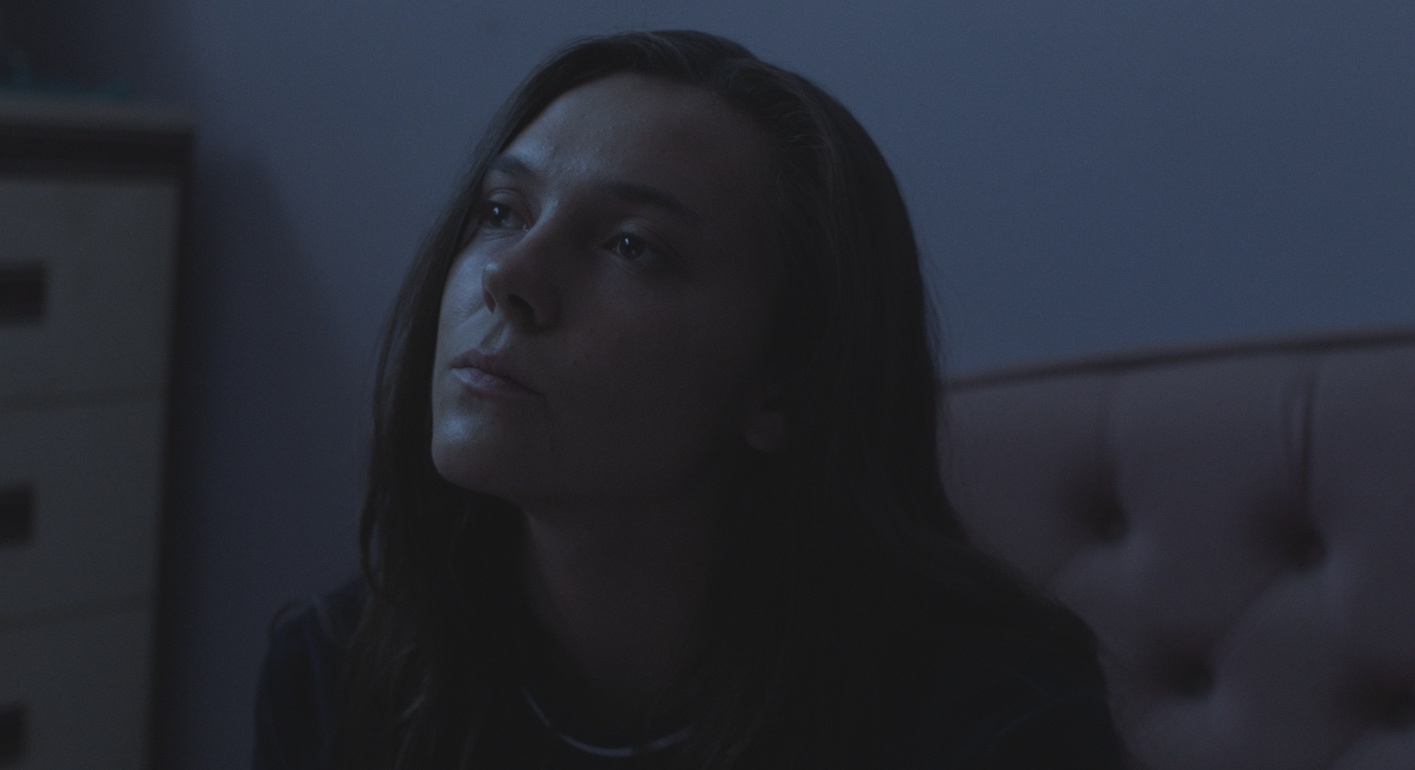 Succeeding where many have failed before, filmmaker Jimmy Dean and writer/producer Ellie Gocher add a fresh twist to the Vampire genre by blending Horror and Social Realism to create topical, thought-provoking short V. Returning to Short of the Week almost two years after we featured their previous short (Offside), their latest film is a strong character piece, driven by an outstanding performance by up-and-coming screen talent Synnøve Karlsen.

With Gocher admitting she was looking to “dismantle the archetypal vampire figure”, V cleverly plays with the expectations surrounding these creatures of folklore and uses them as a metaphor for a narrative much more grounded in reality. “Taking the horror genre (new territory for me) and running with it, I looked into how horror presents itself in real situations, specifically focusing on young women, adolescence, and our increasingly digital generation”, she says. “The result is a story about a young woman that is a victim of what we believe to be her vampirism, but is later revealed to be something much darker and much more real”.

Despite the fantastical elements of their narrative, Dean and Gocher were determined to make a film that felt real, relevant and intimate. Exploring themes of adolescence and isolation, director Dean aimed his attention on performance and photography to create a deceptively simple piece, that’s full of nuanced layers. Crediting Karlson for her passion in helping shape her character and DOP Anna Macdonald for creating such distinct cinematography, Dean combines the two to put the focus firmly on the film’s central character.

“4:3 was the perfect aspect ratio for the story we wanted to tell”, the director reveals. “The film’s all about one character — and 4:3 allows for us to perfectly frame Minnie and make the film as intimate as possible. It always seemed to me there’d be so much unnecessary space in the frame if we shot it any other way, so the aspect ratio helped make it all about her”.

On the subject of what’s next for Dean and Gocher, Ellie explains they’re both currently working on new short films independently. “Jimmy has written and will be directing a short drama about a woman coming to terms with a divorce”, she reveals, “and I have written and will also be directing (for the first time) a period drama about a young woman caught up in a witchcraft accusation in the 17th century. So, both very female-driven stories as usual! Other than that, we’re still developing other projects together and starting to move towards longer-form work including a first feature.”