After finding out that she will soon lose her place on the boys’ football team, 11 year old Kirsty struggles to cope with the big changes she's faces with.
READ REVIEW
Next Previous 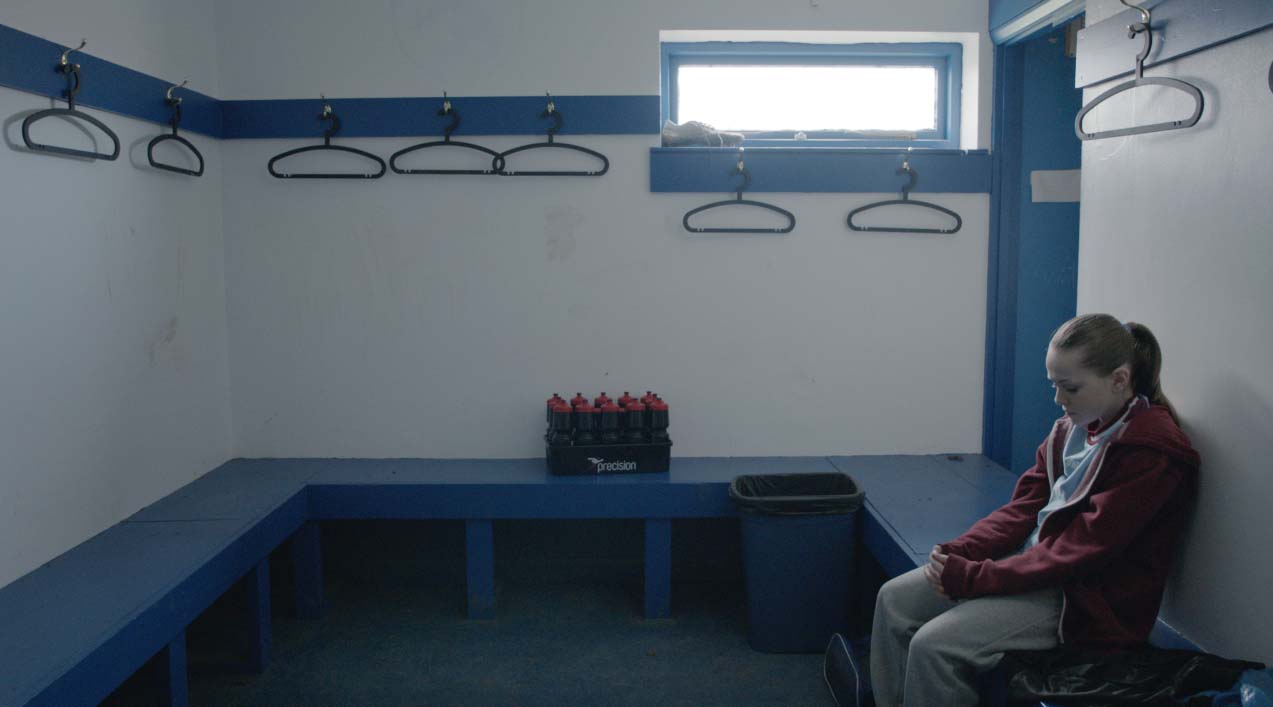 Tackling issues like womanhood, single parenting and female football is no mean feat for any film director, but 23 year old, Westminster University graduate Jimmy Dean, has embraced the challenge head-on. Offside is not good because it is blindingly original, it’s because it is flawless in executing such a sensitive topic with warmth and tenderness, without shying away from, or sugar-coating reality. The powerful narrative is married with exceptional performances in this strong, all-round crowd pleaser.

After finding out from her widowed dad, that she will soon lose her place on the local boys’ football team, 11 year old Kirsty struggles to cope with her evolving identity, as she becomes a young woman. Jimmy Dean observed that there weren’t enough female protagonists in British cinema and for his graduation film, he wanted to tell a story which was “an honest depiction of the difficulties that young girls can face as they grow up”.

Together with writer/producer Ellie Gocher they fundraised the majority of the money using Kickstarter, but also did everything possible to raise more themselves “I think we sold like £500 worth of cakes in the end”, Dean recalls.

The film explores familiar issues; getting your first period, not fitting in, feeling isolated, all set against the backdrop of the struggles involved in being a female footballer, a game still widely considered a male sport. Whilst these themes have been dissected numerous times on screen, what makes Offside special is the unfailing sensitivity Dean handles them with.

The stellar  performances help too, of course. Sydney Wade is terrific in her complex role of 11 year old Kirsty, and Rik Garrad, is entirely convincing as a single dad, struggling to find the balance between making his daughter happy and doing what’s right for her.

Even at the ripe age of 23, Dean has an undeniable instinct for creating an engaging narrative and connecting with his audience, and he has the laurels to prove it. Offside has won the XX Award For Best Female Representation, as well as Best Student Film at Kelly Film Festival. Dean and Gocher are working together on a new short called V, about a 15 year old vampire and her past relationship. I get the feeling that this is just the start of a long, rewarding career in film for the talented duo and at S/W we’ll certainly be keeping an eye on them.