In her latest animated short, Academy Award®-winning director Torill Kove explores the beauty and complexity of parental love, the bonds that we form over time, and the ways in which they stretch and shape us. (Geo-Blocked for select European countries)
READ REVIEW
Next Previous 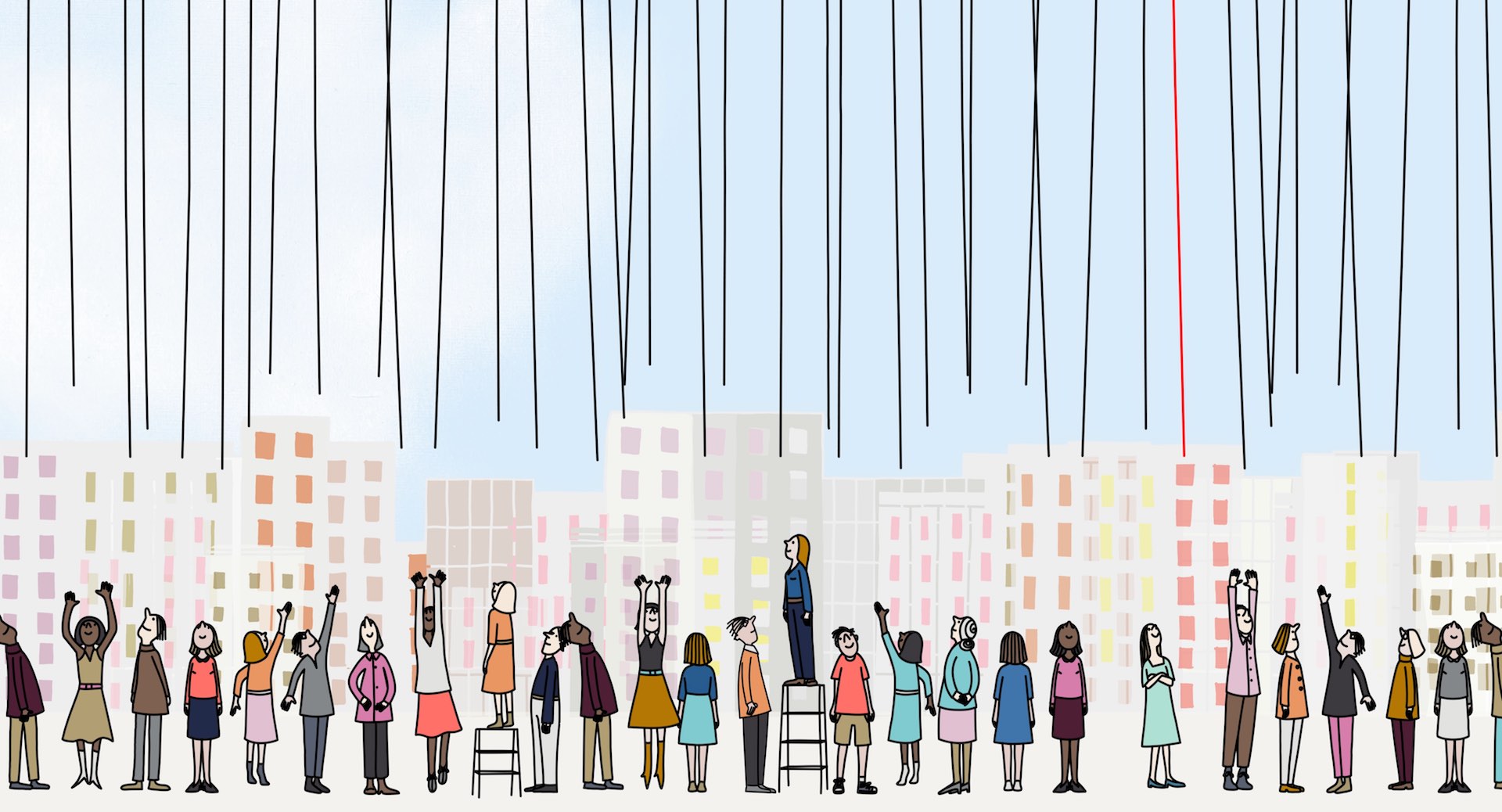 Torill Kove is a giant of independent animation, and today, via a partnership with the National Film Board Canada, we have the pleasure to present one her works for the first time on Short of the Week.

The Norwegian-born Kove has been an artist familiar to us since the very beginning of site. In 2007 when Short of the Week began I was hardly the short-film expert I now purport to be, and the process of researching and programming the site was itself my education. It was around this time that her film The Danish Poet was dominating the international festival circuit, culminating in an Oscar win. Kove’s inimitable style and unusual career path took outsized dimensions in my mind, and I’ve been a fan ever since.

Threads is Kove’s 4th short film in a directing career spanning nearly 20 years. Her first dialogue-less work, the film is a poignant, tear-inducing depiction of the mother-daughter bond using the symbolic device of attached threads—dramatizing the natural life-cycle from utter closeness when the child is a baby, to severing the thread and achieving independence as an adult. Kove, the mother of an adopted child herself, weaves her personal experience into the piece as the film depicts a child who is “found”, and those moments where the initial connection forms are among the film’s most powerful.

“I really just wanted this to be a film about feelings and about the time that goes into making bonds, and how those connections evolve over a lifetime.”

Kove’s instantly recognizable aesthetics and character design are on full display in the film and that alone is enough in my book to recommend it—the clean lines and distinct colors are always a delight—but the metaphorical nature of the film’s story also allows for a bit more fantastical play than we’ve seen in Kove’s previous work. Fun moments include hopeful parents bobbing for thread ends in the sky, evoking the trailing strings of balloons. Airborne moments of flight similarly evoke kites, and the need to let children be free and to test their boundaries, while still maintaining the security of mommy.

It’s a simple metaphor, and Kove doesn’t get too clever for her own good. The sacrifice of parenthood is evoked, but not in an overwrought, “giving tree” sort of way, though the film does have a melancholy tinge that is reinforced by the spare piano and trumpet score provided by Kevin Dean, Kove’s husband. Execution is thus paramount, and while the parent/child bond is pretty universal, the film’s effectiveness is rooted in the emotion it is able to evoke, and as such is probably most effective for viewers that are parents themselves. As Kove states in an interview on the NFB website, “the parent/child relationship is the only close, intimate kind of human relationship where success is measured in the ability to separate. I hadn’t thought of it that way before, but it’s very true. I think the melancholy in the film is rooted in that.”

Due to licensing agreements the film is geo-blocked in many European countries, so apologies if the video link above doesn’t work for you. The film is being exhibited online as part of a promotional campaign for a book version of Threads that is being released September 15th on Firefly Books as part of the “National Film Board of Canada Collection“, a cool partnership between Firefly and the NFB that has yielded some great books already, including an adaptation of previous S/W pick Flawed.