Kyle is depressed, and a weekend bike ride with his best friend, Mike, should help. Fresh air. Camaraderie. Exercise. But Mike has something to say that might ruin the ride.
READ REVIEW
Next Previous 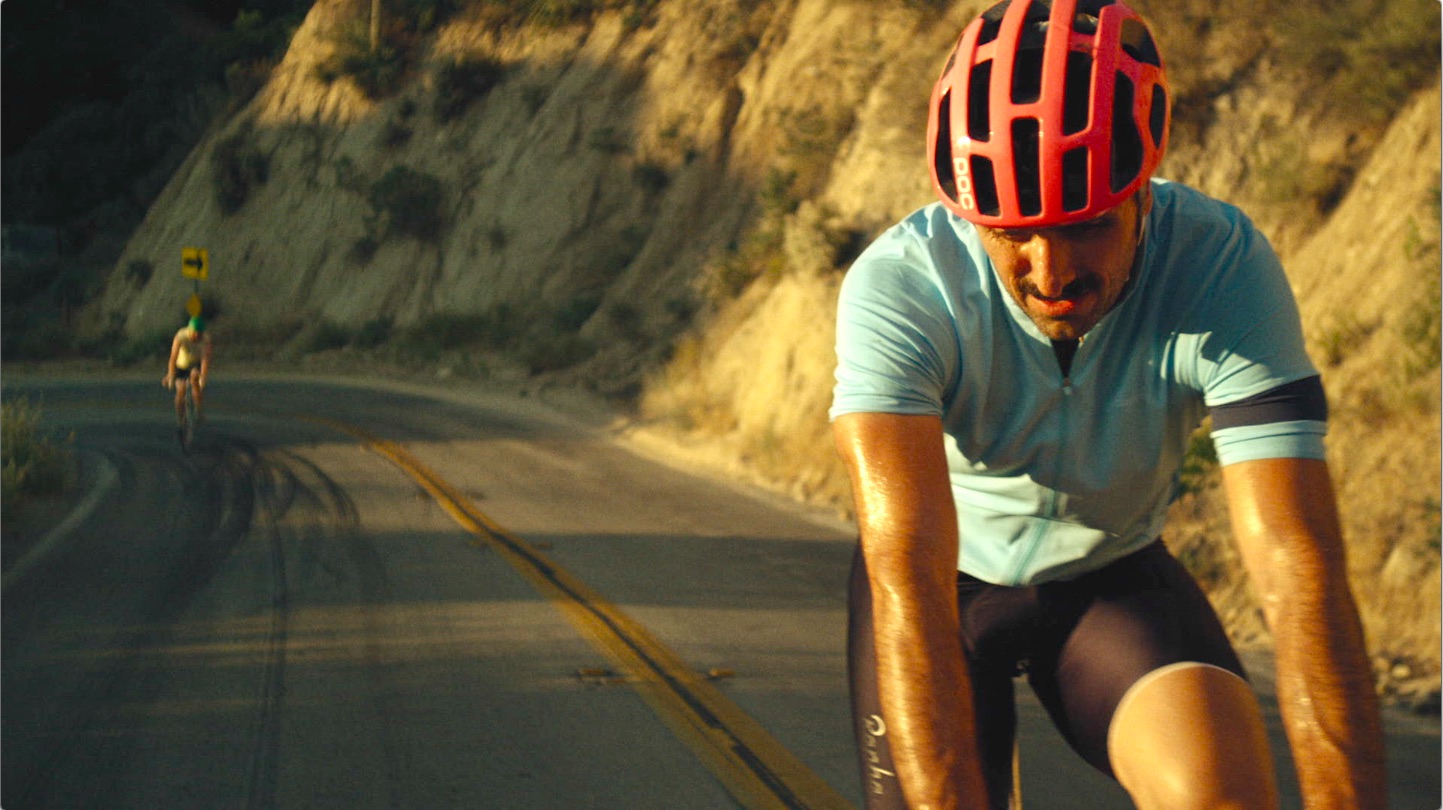 Kyle just got out of a relationship, so his best bud Mike takes him out for a bike ride. Exercising in the outdoors sounds like the perfect way to help him process the break-up…that is until Mike gets something off his chest that jeopardizes the healing purpose of the afternoon, and even their friendship.

The setup sounds heavy, but The Climb is really anything but. A standout fan-favorite at this year’s Sundance Film Festival, writer/director Michael Covino delivers eight minutes of very entertaining comedy where one man’s tragedy is the audience’s cause for laughter. The result is an almost perfect fusion of quality: in the script, its setting, the performances, and the production, and the clever interplay of all these elements is irresistible.

The messiness of life, love, and friendships serve as the inspiration for the film, and Covino imbues it with authenticity, starring in the film himself along with his producer Kyle Marvin, playing characters that share their own names. Wanting to make a film that would rely on a simple, inexpensive concept, Covino, an avid bike rider himself, got the idea for The Climb while (but where else?) on his bike.  As he was enjoying the peace and harmony of the ride, it occurred to him that a friend’s betrayal would be a devastating disruption to such a pleasant moment. From there simple, but brilliantly funny complications layer onto the film’s conception—a physical comedy component, where the frustrated character would be out of shape compared to his traitor-friend, the seamless switching from tutor to confessor providing frequent tonal shifts to the character’s interactions, and of course frequent breaks due to the presence of cars that serve to break up, or accentuate, awkward moments.

Covino drew from his personal experience to pen the conversation between Mike and Kyle, and thus there is a genuine warmth that is appreciable to the comedy, and is a source of much of its charm. While the backstabbing elements of The Climb are funny, the film doesn’t allow itself to stray into caustic territory—it stays as a recognizable depiction of a friendship that is experiencing a bumpy point in its road, but is cognizant of the shared history and abiding connection of its protagonists, cycling between outrage and poignancy.

The personal charm of Covino and Marvin certainly help sell this, and we, the audience, can’t help but root for their friendship and hope that it will survive this betrayal. In a film with several standout components, the chemistry between the two actors might be the film’s most enjoyable part. Covino is extremely convincing as the friend who has done something wrong yet still loves his buddy and wants to help him out, while Marvin does not overuse the pathetic card as the guy who is desperately trying to catch his friend but is too out-of-shape physically and emotionally to do so. Marvin went a bit meta in the depiction since fictional Kyle’s struggle climbing up was actually his own (he is not as big a fan of the sport as Covino is). In between breaths, the pair deliver their lines with a perfect rhythm as the situation escalates, packing the runtime of the film with a lot of background on their friendship and foreshadowing tension.

For a comedy short an unusual amount of thought and care went into its visual aesthetic as well. Shot in a single-take, the whole crew approached the filming process like they would have for a play, working out all the details in advance. The creative choice to shoot the film in one take prevents any release from the growing tension and the exhaustion of climbing up the hill, engaging the audience in a more “physical” way. The wide shots and close-ups allow us to live in the moment with Mike and Kyle, existing on a more intimate level, as if we were riding with them and enjoying being outside on a bike with the characters. Of course, a lot of work went into choreographing and camera blocking: three weeks of rehearsals, every move, breath, turn of gears was meticulously calculated, there would be no room for improvisation on the day. They shot ten takes and the film we see today is number eight.

Following its premiere earlier this year at Sundance, Topic.com acquired The Climb for its online content platform, where it debuted in the Spring. In the interim it was announced that Topic Studios would make The Climb its first short-to-feature development project, and so Covino and Marvin are currently in pre-production on that. The film will have the same distinct tone as the short, and will offer more time to explore the boundaries of love and friendship at the core of the friendship between fictional Kyle and Mike. While it is hard to imagine improving on what is a near-perfect short, we’ve recently seen great results with another Sundance short film favorite, Thunder Road, being adapted into a feature, and with the talent that Covino clearly has, we’re optimistic for good results!