Teenage Kira attempts to take revenge after a heartbreaking betrayal by her ex-best friend.
READ REVIEW
Next Previous 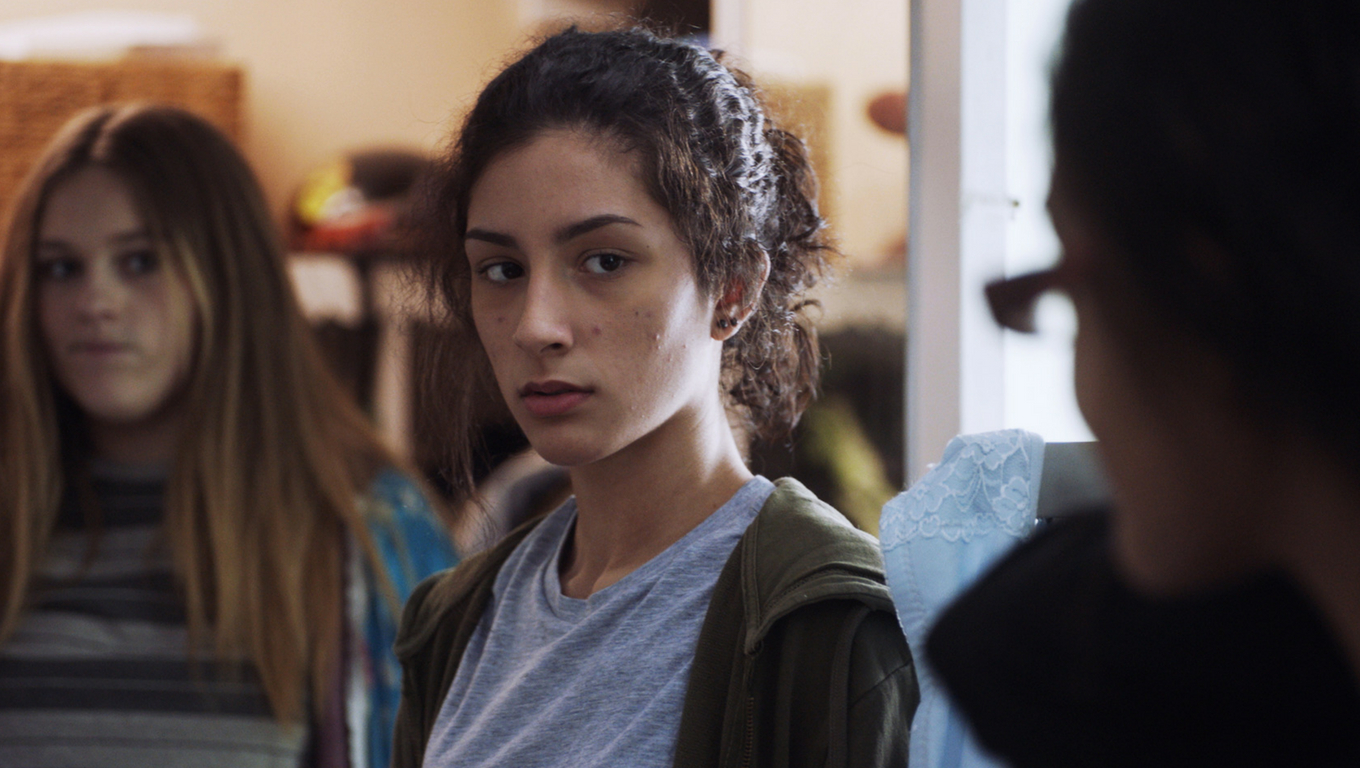 Ruby betrayed Kira BIG TIME, irrevocably damaging their best-friend status. Propelled by her mixed feelings of disappointment and anger, Kira enlists two friends to seek revenge on her ex-BFF. Kira Burning proves once more the ability of writer/director Laurel Parmet (Spring) to capture the complexity and intensity of teenage female friendships with a rare sensitivity to the tumultuous underlying feelings. The film’s compelling authenticity relies on a strong and effective writing carried to the screen by outstanding performances, and poignantly dramatizes the story of a young woman whose hurt turns her into something she no longer recognizes.

The relationship between a teenage girl and her best friend can be very powerful and intense. A best friend is usually the first experience of love outside of the family circle—add the generally confused feelings of the teenage years due to puberty and identity formation, and this extremely strong bond can quickly become toxic. The betrayal to which Kira is victim of becomes a life-changing moment. Not only is she the star of a very embarrassing Instagram video, damaging her in the cutthroat world of high school social hierarchies, the loss of such an important friendship is an utter heartbreak. The loss of trust prompts her to lash out, even if that means doing something she might regret. The intimacy of Kira and Ruby’s friendship—they exchange clothes, know how to get inside each other’s house without the keys, take an obscene amount of pictures together—is weaponized through rage. This drives Kira to do something out of character, and Parmet does not shy away from depicting young women at their worst, ganging up on one another with brutality and violence. The accuracy of the story and the dialogue made me cringe, as it threw me back to my own teenage years.

Adamant about her characters being portrayed with a real teenager feel, Parmet scouted carefully for months the right four non-actors. Dymond Veve as Kira is a revelation within the first few seconds onscreen. The screenplay depends on subtlety, living in a gray area with moral ambiguity, and Veve flawlessly communicates this mix of emotions in a restrained manner, with few words. Her portrayal of Kira maintains audience sympathy despite the fact that we strongly disagree with her actions, and when emotion spills out—in righteous anger, or debilitating shame—we feel it.

Fresh off a win this weekend for “Best Narrative Student Film under 15min” at Palm Springs ShortFest, we are delighted to welcome back SotW-alum Laurel Parmet to the website. We had mentioned in our coverage of her previous short film, Spring, that she was in post-production of a new one…and here it is! After a quick and successful festival run following a world premiere at SXSW, the film comes online as a Vimeo Staff Pick Premiere. Currently wrapping up the last stretch of her NYU grad film program, Parmet is in development on her first feature.