Amanda struggles to keep something inside as she spends the day taking pictures of her best friend.
READ REVIEW
Next Previous 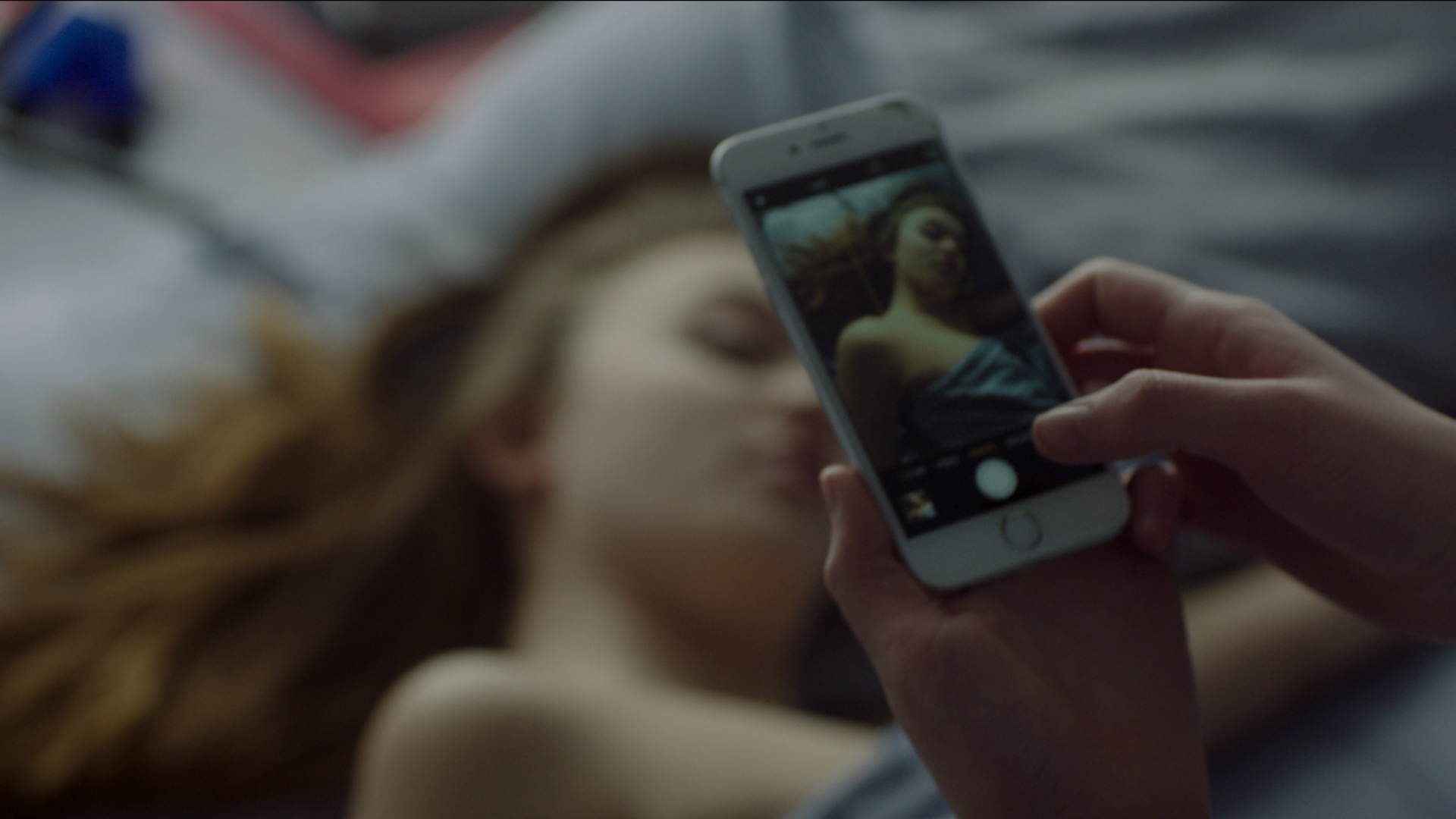 Female friendship can be a very strong bond with a mix of complex emotions at any age, but when dealing with teenagers the dynamic is turbocharged. Throw in hormones and the confusion of nascent sexual urges, and you get Spring, where Laurel Parmet gives us a glimpse into a defining afternoon for Amanda and Crystal’s friendship. A surprisingly funny film, as we explore the different layers of their relationship and burgeoning feelings, we also witness how a camera can turn a situation from intimate to awkward, to something even more queasy.

Amanda and Crystal are two teenage friends hanging out on what seems to be one of many afternoons. Parmet created a very intimate setting, with a small crew, one location and only two characters echoing the intimacy of relationships between girls/women. Arin MacLaine and Ellie Yorke were carefully casted to portray subtly the fluidity of the friendship, and its blend of jealousy, envy and infatuation. Amanda most likely wishes she had Crystal’s confidence and determination yet their bond is genuine and built on trust.

When Crystal asks Amanda to take pictures of her to start a modeling portfolio, it starts off as an innocent request up until we witness a turning point in Amanda who might be on the brink of self discovery. The model/photographer relationship is very delicate, and when the model is an aspiring teenager it can quickly fall on the predatory side. Except that this time, the photographer also happens to be a teenage girl. Crystal only wants good pictures, so she is willing to trust her friend when Amanda suggests taking topless pictures, promising to make them look arty. As the photoshoot happens, Amanda who at first appeared to be disinterested, starts showing more interest when Crystal follows her suggestion. Armed with the camera, or rather a smartphone, she starts coming off more and more exploitive— she doesn’t even realize that she might be liking this a little too much.

Spring portrays both a comedic story of sexual awakening, but also dramatizes more concerning subjects like the sexualization of young girls in an Instagram culture, and potential for abuse in the artistic process. By the time Crystal stops the session, hers and Amanda’s friendship might be irrevocably damaged, as much by the flip in the power dynamic that typified their relationship, as by the revealed lesbian sentiments. Amanda walks away realizing something she might not be ready to acknowledge yet, and MacLaine gives a stellar performance in the role, hitting every single emotion in the most genuine way.

This coming of age story has been on the festival circuit all year ahead of its online release, premiering at SXSW and picking up a prize for performance in Dallas. Laurel Parmet wrote, directed and edited Spring as part of her NYU grad film curriculum. Focusing on stories about women she is currently in post-production of a new short film while writing her first feature, new projects that we are impatient to see.