Can't Nobody Else Love You

A dreamlike plunge into the freedoms, uncertainties and radical creative expressions of NYC's youth, following 9 individuals as they wander through a surreal narrative that combines vérité footage from the NYC streets with vividly staged scenes.
READ REVIEW
Next Previous

Can't Nobody Else Love You 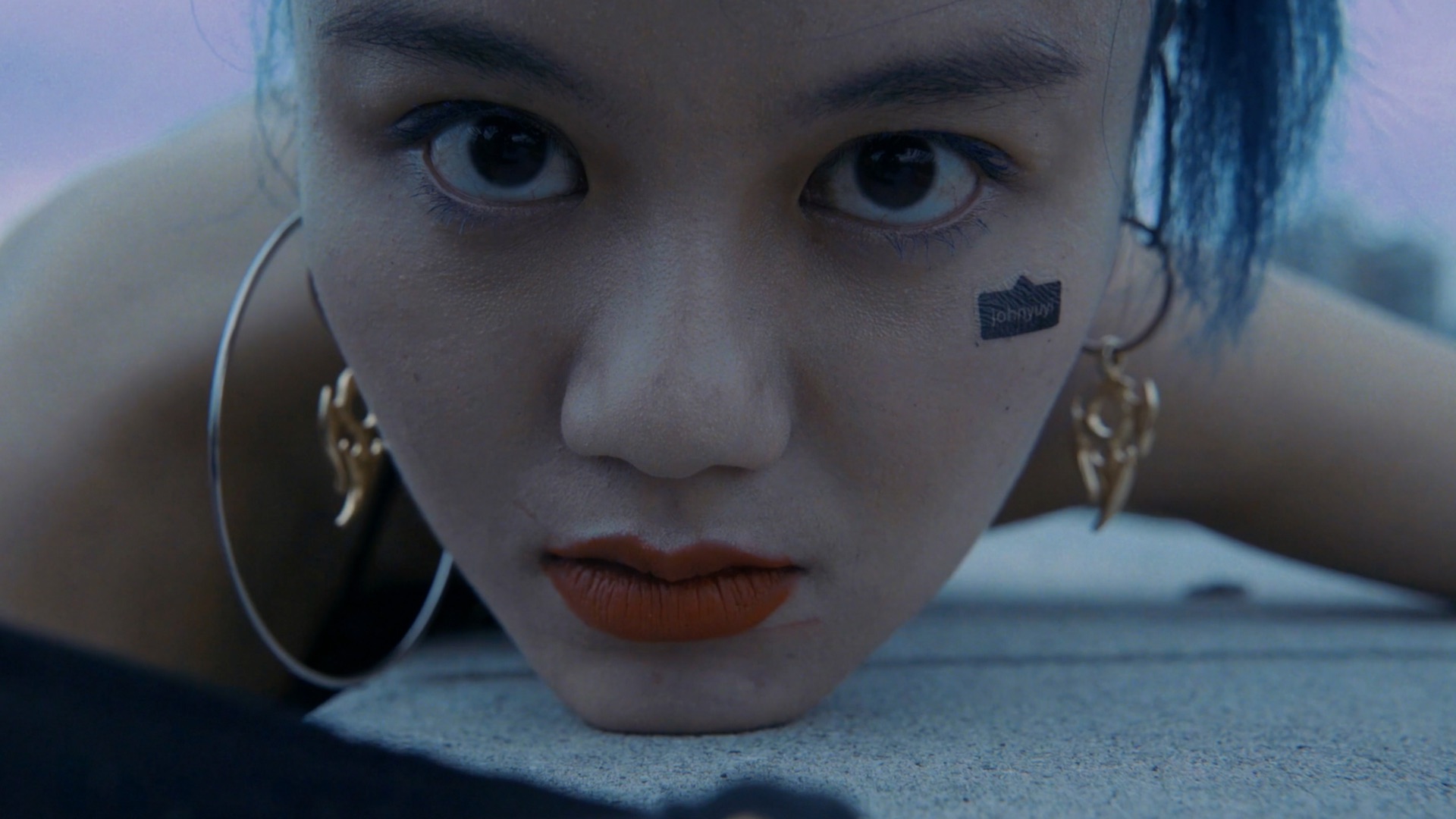 In one sense, there is no demographic more over-exposed than fashionable NYC youth. The darlings of brand marketers everywhere, they launch trends and validate artists—their cutting-edge looks, hard-partying lifestyle, and seemingly carefree natures are the envy of more conventional backwater-dwellers everywhere. And yet, despite being constantly co-opted by the culture machine, it is interesting to reflect on how few meaningful, engaged portraits of this ubiquitous archetype there are.

Sure, it’s hard to do justice to a community that can hardly be considered such. After all the city is a big place, and the youth scene is constantly in flux—a mix of ethnically and sexually diverse arrivals constantly cycling in and out, morphing and permutating in close combination. It is an error to think of it as monolithic, and so the approach of Ivan Olita, documentary filmmaker and creative director is a strong one—through an immense casting process he highlights and interweaves the stories of 9 distinct characters. Though they don’t always overlap, commonalities and themes emerge through the film’s 20min runtime, exploring the more somber emotions that don’t show up on Instagram—the difficulty of existing in a city seemingly designed for the rich, the pressure of constructing and maintaining one’s image, the vacuity of surface relationships. Yet the familiar siren’s call of the city and its promises beckon as well—the ability to explore one’s sense of self, to find one’s tribe, and to be constantly inspired by the diversity and creativity that surrounds.

Ivan Olita is plenty fashionable himself, beginning his career as a model in his native Italy, but with a collaborator living in NYC for a spell, he found that he had fallen out of touch with the city’s teen heartbeat, and embarked on this project. Two challenges quickly emerged: to tell a story with the a flair that befits its colorful subjects, and secondly, to get past the surface gloss of style to touch upon deeper thoughts and emotions. It can be challenging to document today’s youth, after all no generation has ever been more adept at representing themselves, but Olita wanted to break through these self-representations, while still preserving the sense of digital fragmentation that defines the Instagram-heavy storytelling of this generation.

“the more carefully they created an image for themselves of social media, the more they were compelled to reaffirm their real life struggles on film as we were shooting”

Instagram, more than any platform, is a place designed for one to present an “idealized” version of oneself. Incredibly curated and censored, the implicit pressure of this self-presentation was one of the big reasons that the ephemerally-minded Snapchat took off in the first place. The more time Olita spent with his subjects though, he sensed a need on their own part to peel back the gloss to reveal pain underneath. Olita writes, “the more carefully they created an image for themselves of social media, the more they were compelled to reaffirm their real life struggles on film as we were shooting. It’s almost as if they wanted to scream, “We’re more than what you see on Instagram, there’s pain, there are stories to us, there’s hustle”.

Conventionally, the proper way to visualize this contrast would be via a gritty verité approach, piercing through the glamor and “falseness” to showcase the raw reality underneath. Olita however is documentary’s foremost stylists, and such an approach would be a waste. Featured previously on this site for the visually lush MUXES, Olita is a frequent NOWNESS contributor, and through the production company he founded, BRAVÒ, he often works on content for top fashion brands. Shooting gritty is not in his nature, and besides, there is an important distinction to be made. This generation is less invested in dichotomies of “real” and “fake”—the internet has eroded such demarcations, and the image being cultivated by these young people is as “real” as anything else, inextricable from their sense of self. They just want the image to be complicated a bit, to burst through the breeziness of the idealization. Olita obliges with neon colors and disorienting camera tricks, borrowing liberally from narrative filmmaking techniques to craft an experiential journey that is fragmented and disassociated, but through such methods, and frank interviews, arrives at a result that is emotionally true. To paraphrase the director, he seeks to avoid romanticizing the lifestyle, but report the reality in the most romantic way possible.

The result is a difficult watch in a conventional narrative sense, and yet with fascinating subjects and amazing, superfluous style, I was never bored while watching. Premiering earlier this month on Dazed Magazine, the film is practically the platonic ideal of their editorial approach. The generous, collaborative nature of the film team with its NYC teen protagonists reminded me a bit of Crystal Moselle, and the way that her works, while different in many ways, similarly seek to portray emotional reality via her real-life subjects while simultaneously upending tired documentary frameworks. Moselle took the next step with Skate Kitchen, transforming her subjects into the stars of a narrative coming-of-age tale that premiered at Sundance this year, and Olita is also looking towards bigger canvases. He’s currently developing a longform project around Muxes, exploring how third gender identity manifests in cultures around the world.