In the indigenous communities around the town of Juchitán, the world is not divided simply into males and females. The local Zapotec people have made room for a third category, individuals who were assigned male at birth but live their lives as women in a limbo between the two genders.
READ REVIEW
Next Previous 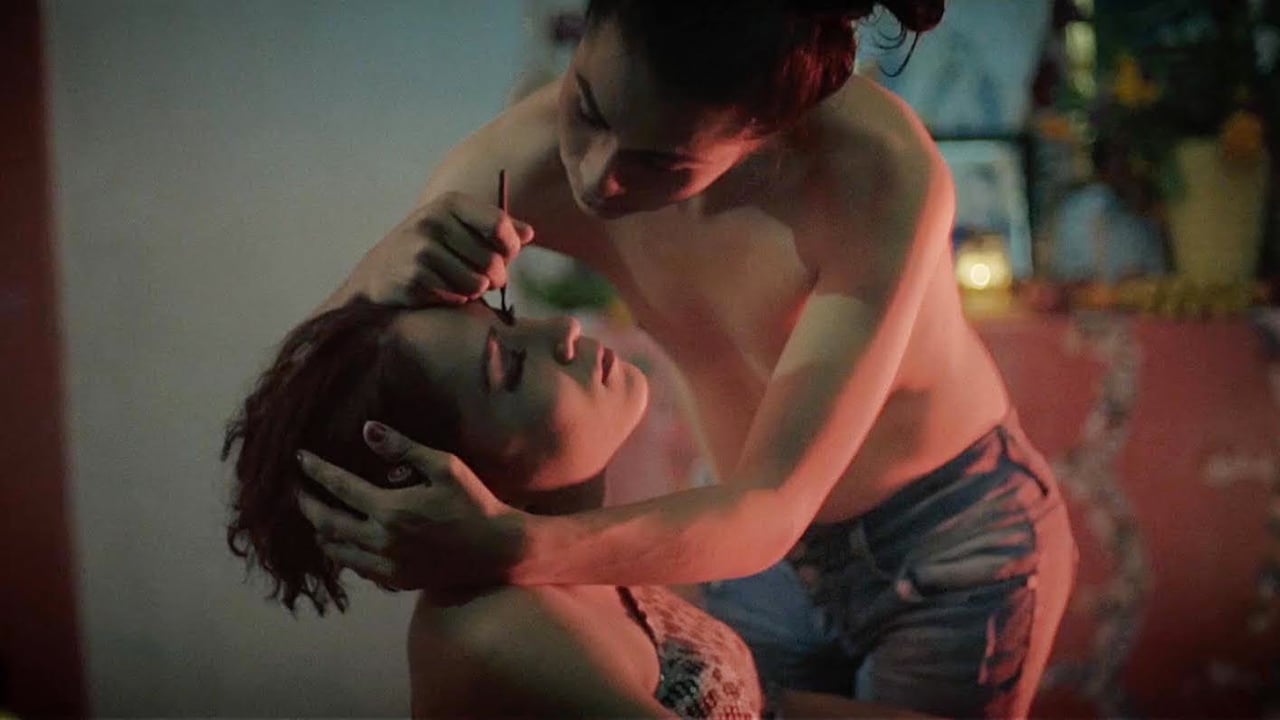 They are neither men nor women. In Oaxaca, Mexico, the local Zapotec people have made room for a third sex, which they call muxes. Opting for a poetic, rather than blandly factual approach to his storytelling, Ivan Olita’s short film blends its subjects’ personal insights with a visual style informed by his fashion background to create a surreal and glamorous work. Such an interesting topic typically merits an expository approach, but Muxes‘ subjective approach feels more appropriate, resulting in an immersive and truly captivating documentary short.

While attending a seminar with Werner Herzog, Olita was shown a short film about La Vela — an annual 4-day long parade of muxes culture — and was immediately struck by the characters. He wanted to discover who those people were beyond the glamour of the event. Using interview soundbites and locations from muxes’ everyday lives, the documentary examines their cultural and social norms, as well as their surprisingly seamless integration within society at large. Olita furthermore takes the viewer on a mesmerising cinematic journey into the muxes’ deepest sentiments — their passions, desires and fears —  with alluring elegance.

Formerly unfamiliar with the concept, my first instinct after watching the short was to try and understand exactly what it means to be a muxe – was it a gender identity, or a sexual orientation? A quick Google search revealed a wealth of information on the subject, including legends of how muxes came to be, and material concerning their history of social discrimination—a path that began with ostracization, and has ended with acceptance. Still, the muxes appear to remain an enigma for many. Some insist they are merely attention-seeking homosexuals, while others paint them as mythical “lucky charms.” I eventually realized, however, that my need to determine an exact position for muxes within the gender binary was ultimately unimportant. As Olita explains,

“From the very first moment I thought about making the doc, I wanted to make something with a bit of a surreal element to it. I believe that when, as a filmmaker, you approach subjects that are so deep of meaning you need to be aware that it will be almost impossible to illustrate their story with full accuracy in a short doc. What becomes important to me then is to try to take the audience on a ride rather than simply inform [them]. That means that I’m definitely after the poetry of what I’m documenting rather than the facts. And the poetry of the subject comes together as I shoot it… live it.”

The director depicts muxes’ place in Juchitecan society not by offering a Western representation of who or what they are, but by using their own voices. In doing so, Olita adroitly reveals what is truly important to both him and to his “muses” — a word they use to describe themselves, rather than a word others use to describe them.

In addition to its strong narrative perspective, the film, visually speaking, is pure cinematic poetry. The shots are so entrancing that you’re in danger of forgetting to read the subtitles. The vibrancy of the locations, the costumes, and the makeup reach theatrical levels, and the score beautifully marries dramatic scenes with personal testimonials, resulting in a stunning documentary. Since filming muxes, Ivan Olita has continued to focus on unique gender-fluid communities from all parts of the world, and he is keen to begin work on a feature documentary regarding these specific cultures.