Snakes, spiders, monsters, you name it, Jim’s afraid of it! In order to face his fears, Jim will bring everything he is afraid of into his house. It doesn’t quite work out as expected....
READ REVIEW
Next Previous 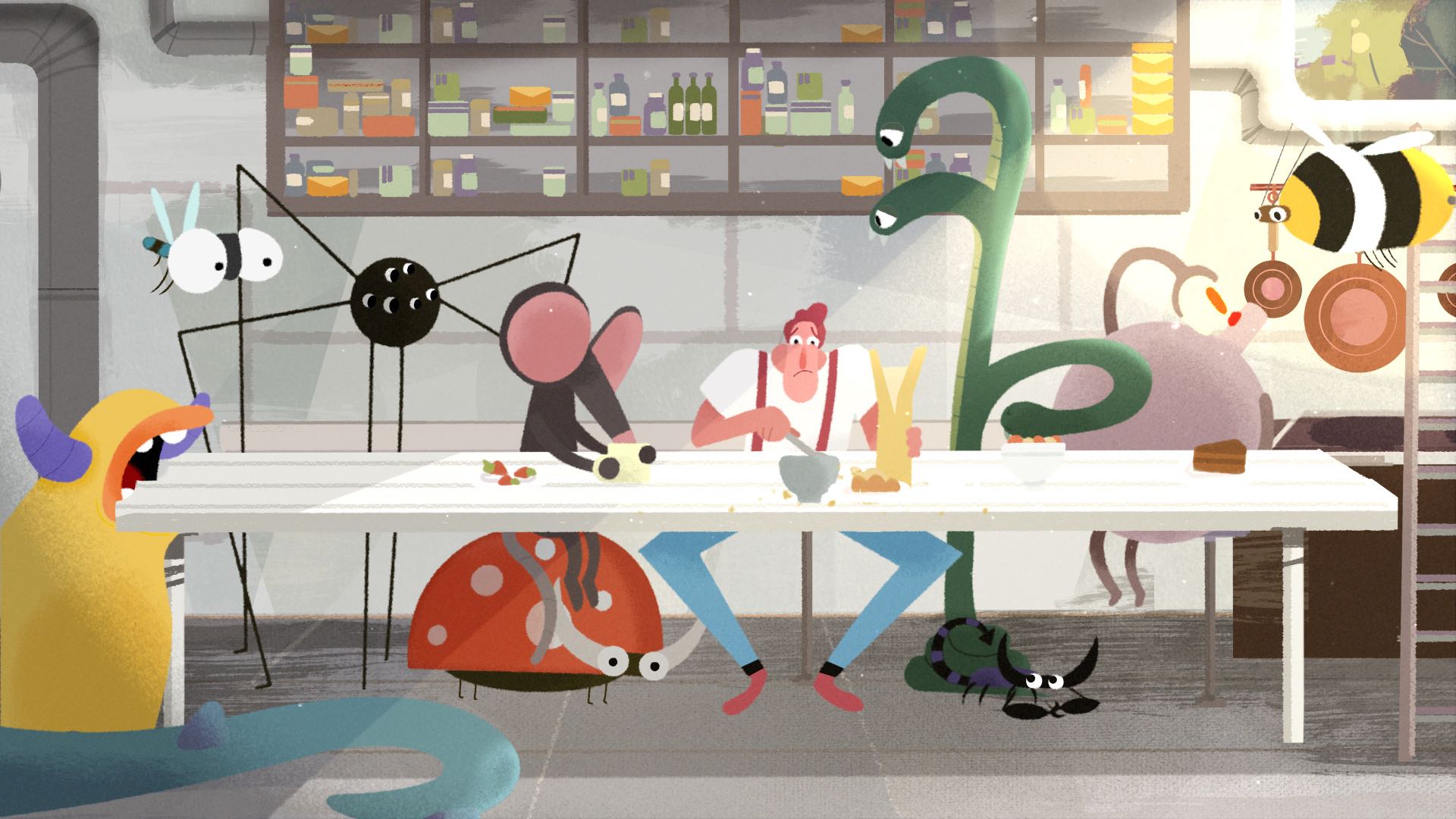 From Coulrophobia to Nyctophobia, fear has been a staple focus for storytellers for years, but whilst most filmmaker’s look to exploit a viewer’s fears for jumps and tension, Bali Engel and Matthieu Landour’s Shock Therapy is an altogether different beast. An uplifting and darkly comical tale of a man tackling his horrors head-on, this impeccably designed 7-minute animation won’t have you cowering behind the sofa in terror, but will instead leave you feeling inspired to face your own fears.

Following its protagonist Jim as he battles his fear of spiders, snakes, monsters, darkness and pretty much everything else with a rather intense course of exposure therapy, directorial duo Engel & Landour were inspired to create Shock Therapy as a way of acknowledging their own phobias. Admitting that this kind of exposure could indeed cure their own sources of panic, but they were too scared to try it, the filmmakers hope their light-hearted tale can provide motivational for others.

“We are still scared of spiders and snakes”, the pair admit, “but if this short can inspire anyone to fight their fears, whether it is a monster, the dark, a clown, or just asking a special someone to go out on a date, well, we’ll feel we did a fine job!”

Two years in production and created in Flash and After Effects, Shock Therapy’s comical approach to fear is perfectly paired with a fun, vibrant aesthetic and some playful character design. From a giant 3-headed snake with a taste for cereal to a toilet paper stealing Mummy, it feels as if Engel & Landour really went to town when design the monsters Jim was to spend 50+ days with. Aiming to “visualise scary ideas in the most illustrative and colourful way”, the duo revealed the main question they asked theirselves when making Shock Therapy was “can we make terror colourful?”. The answers is Yes! You most certainly can.

Now working on developing some tv series concepts and feature films, Bali and Matthieu have another short film in the works, this time a live-action sci-fi mockumentary. For more of Landour’s work you can check out his previously featured films En Tus Brazos and The Elaborate End of Robert Ebb on Short of the Week and watch Enge’s 2009 Royal College of Art grad film Norwich to Sheringham on Vimeo.