A NBA hopeful is determined to transform his character for a chance at making it to the big leagues.
READ REVIEW
Next Previous 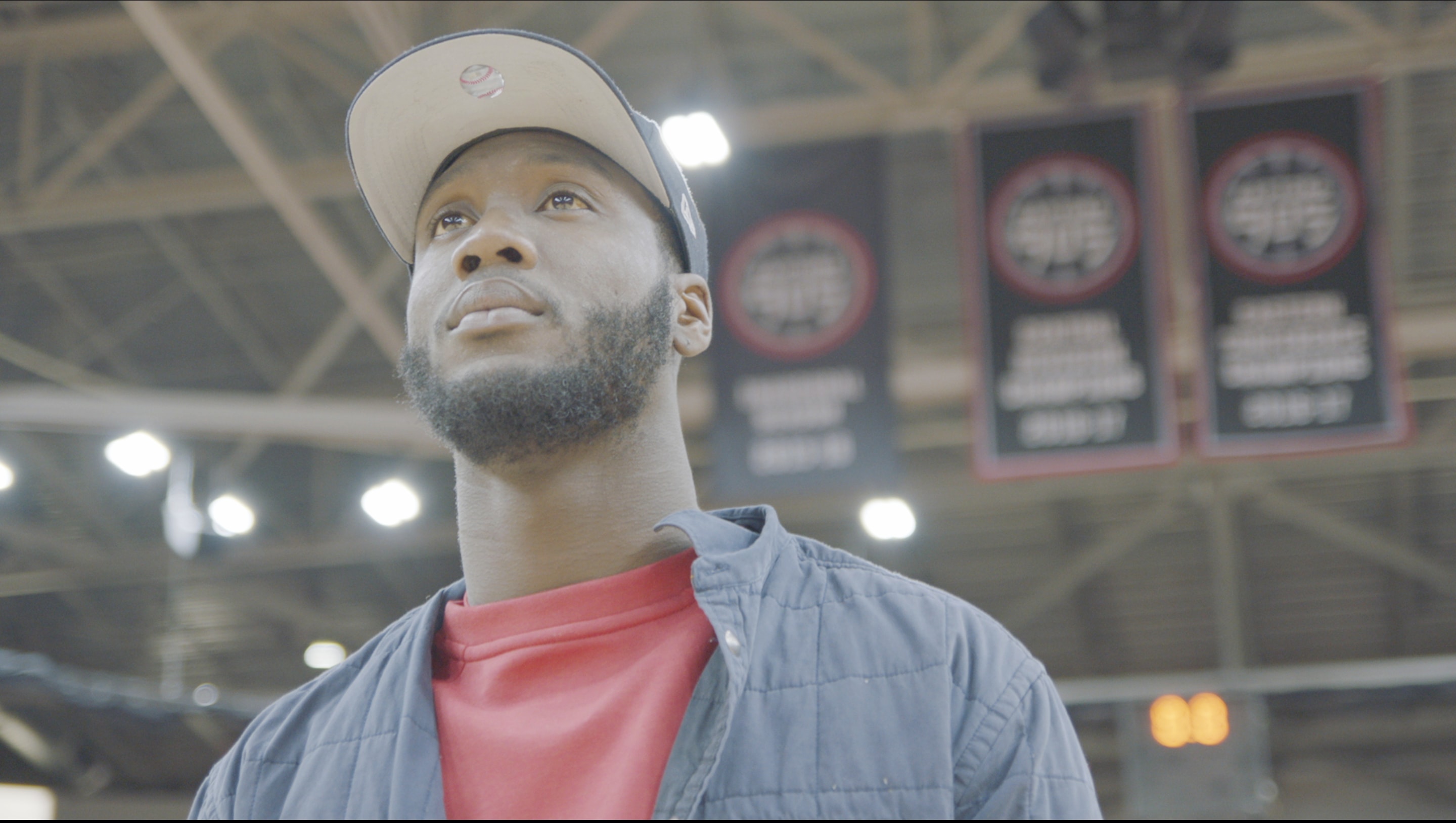 Documentary about Inspiration in Live-Action
Directed By Sherien Barsoum
Produced By Taza Media Inc.
Made In Canada

Richard Amardi is Player Zero. Amardi and filmmaker Sherien Barsoum met over a decade ago, back then she was a youth worker and Amardi was one of the kids in her after-school program. The pair never lost touch but it is a new chapter in Amardi’s life that prompted him to reach out to her and ultimately brought them back together, with a camera this time, as he is about to try out for the NBA’s farm league. Barsoum delivers an insightful BTS look at the NBA’s minor league while tagging along for Amardi’s personal journey, resulting in an inspiring, entertaining yet heartfelt short film full of hope.

It is not uncommon for players of the G league aka the minor league, to be transferred to the NBA. The documentary starts at quite a turning moment in Amardi’s career, we follow him throughout the tryouts for the Raptors 905, the Raptors farm team. Ever since he was a kid, Amardi has wanted to join the NBA, as pro basketball players were the only successful role models he could identify to.

Barsoum’s camera captures the most important moments in Amardi’s journey that not only athletes can relate to: the excitement, the pressure and pushing our own limits. Through the screen, we get an all access pass, locker room talks, practices and even the coach contributes by explaining Amardi’s progression within the team.

The sports world is made of victories but also defeats, the latter are also an integral part of the film, and we get to see that nothing is ever granted no matter how close we are. We usually see success stories, in Player Zero we see another kind of success story where the original plan almost happened but instead of giving up after step backs, a new goal is formulated.

Amardi and Barsoum’s closeness allows the film to be much deeper than a regular sports film, we get to know Amardi in a very intimate way from his younger days until when the film ends. Not only did Barsoum document a very cool moment in her subject’s life, he also happens to be a layered and endearing character, impossible not to root for.

Despite their friendship, Barsoum does not shy away from sharing Amardi’s past mistakes and detailing a hot temper that has gotten him in trouble and got in the way of his dream. We meet Amardi when he has turned a new leaf, has decided to focus on the game with a new sense of determination and self awareness. He speaks freely to the camera allowing the audience to constantly know where his mind is at through the ups and downs, the moments of hope and disappointment.

Ultimately, Amardi makes an unexpected life changing decision that he later explains and at that point we can’t help but be proud of him. The film happens over four months, and getting on the Amardi roller coaster can’t leave you indifferent, I will even go as far as saying that the last shot can’t leave your eyes dry.  Barsoum succeeds at making a character as complex as Amardi feel like an integral member of the family, we go through the motions with him, get inspired by him, root for his success and are proud of the man he turned into.

Player Zero is one of the CBC (Canadian Broadcasting Company) short docs, joining previously featured Babe, I Hate To Go also produced by Barsoum. Amardi is currently living a version of his dream and Barsoum is currently developing a project exploring restorative justice.