Babe, I Hate To Go

Delroy spends six months of every year working on a farm in Ontario to support his family in Jamaica. But this year, Delroy keeps a secret from his wife and children: he has cancer.
READ REVIEW
Next Previous

Babe, I Hate To Go 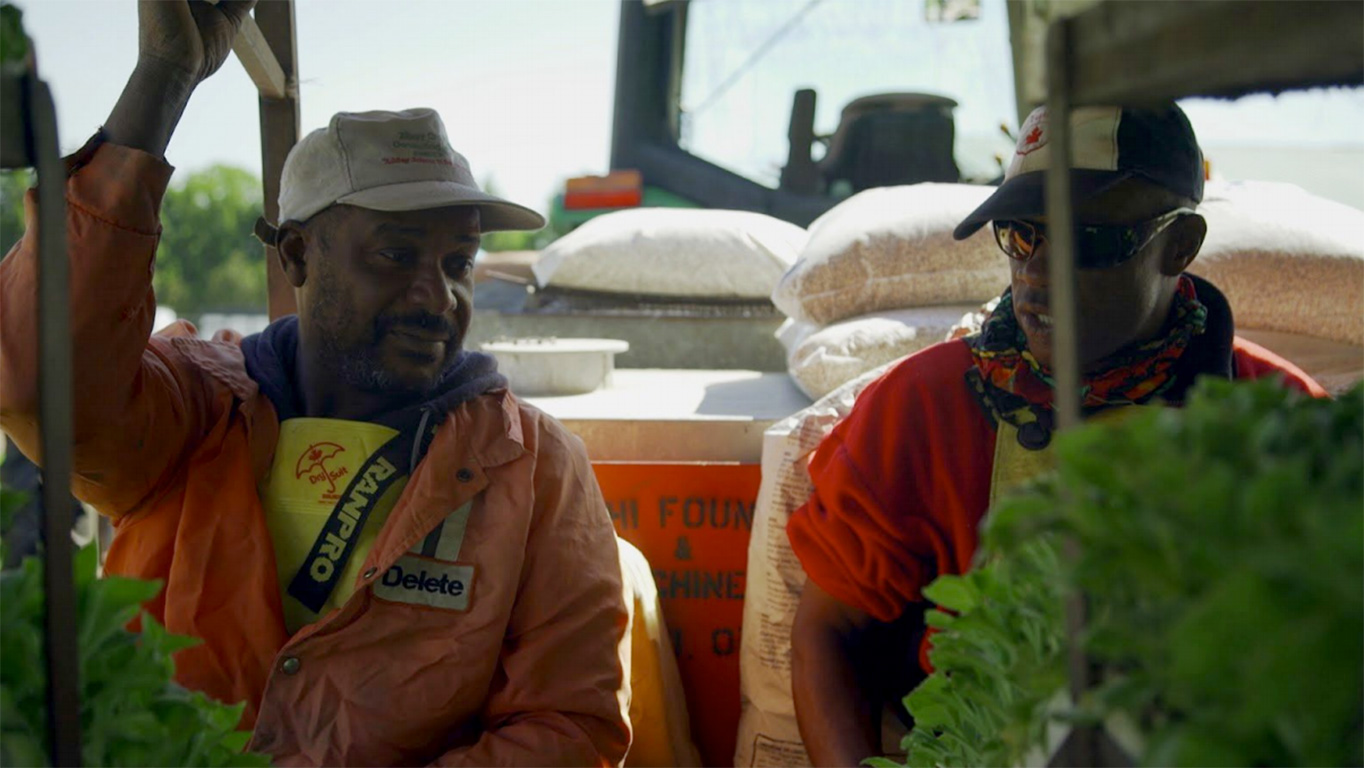 Delroy is one of the millions of migrant workers in North America. Every year he leaves his home and family in Jamaica, to come to Canada for six months and work on a farm in order to provide for his family. Andrew Moir was initially trying to document the end of tobacco farming in rural Ontario, Canada, when he met Delroy and decided to switch the focus of his film. Babe, I Hate To Go takes us on Delroy’s journey from bidding goodbye to his family to starting to work on the farm while dealing with his cancer diagnosis.

The intimate and strong rapport between Delroy and Moir (aka the subject and the director) allowed the cinematographer and the crew to make choices that are more common in the fiction world than in the documentary. The flow of the storytelling is not interrupted by interviews and the fourth wall is barely glanced at. Instead of having Delroy expand on what is happening in his head, carefully chosen close-ups in private moments communicate his feelings to the audience. Moir succeeded at making his film being experienced as a narrative work.

Delroy is the lead character of two stories. He brings representation to a wide and rather invisible population: the migrant workers. As well as embodying the more universal story of a man facing his mortality while struggling with the responsibilities of providing for his family.

When Delroy gets diagnosed with cancer, he chooses to stay in some kind of denial and lies to his family. It is not really a choice though, he knows he has to provide for them and seeking treatment might get him sent home. Delroy’s unfair situation is portrayed in a compelling way, that can’t leave the audience indifferent.

Commissioned by The CBC (Canadian Broadcasting Corporation), Babe, I Hate To Go has screened at prestigious documentary film festivals such as Hot Docs and Sheffield Doc/Fest. Moir is currently working on different projects, a feature-length documentary about Delroy and the impact of his diagnosis on his family back in Jamaica being one of them. Post-production still needs some financing, the facebook page will provide any update on Delroy’s next chapter.