A portrait of American recidivism produced over a span of two years, Revolving Doors follows Jason, who, despite attempts to retain meaningful employment, fails and returns to prison, devastating his family.
READ REVIEW
Next Previous 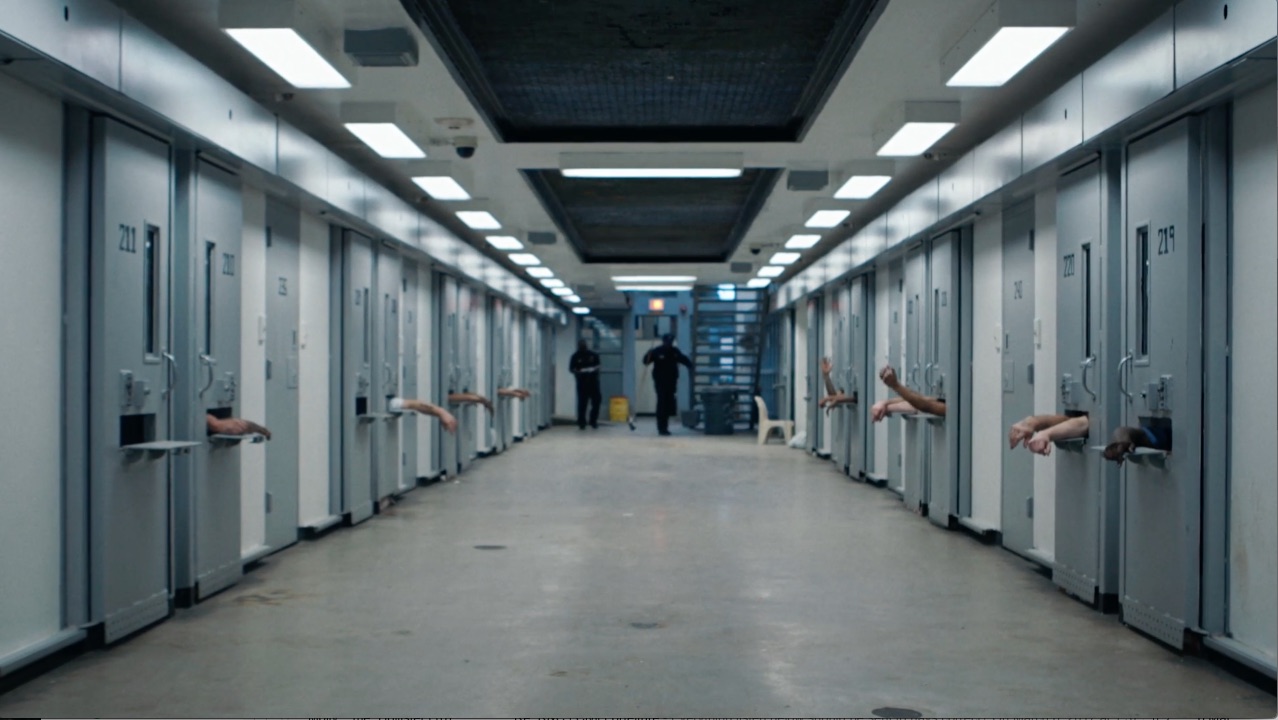 What is prison for? Is criminal justice about punishment, or about rehabilitation? Centuries into the practice of locking people away from society, a consensus answer to this philosophical question is no closer to being reached. Filmmaker James Burns (featured previously for We Live This) probes this longstanding question via a two-year portrait of Jason, an ex-con trying to make good. Despite his stated intentions to shape up and avoid repeating the mistakes that landed him in prison 15 years prior, Burns finds Jason on the brink of returning. Both a profile doc and a social-issue piece, Revolving Doors’ most moving moments examine the enormous fear and uncertainty placed upon him and his young family, which is stressed to its breaking pointing by his imminent incarceration, and by the specter of history repeating itself when it comes to his teenage children.

While centered upon the particular case of Jason and his family, Burns tentatively enlarges the scope of the film to question the United States’ historically large prison population, and particularly its high rate of recidivism—the term that describes criminals propensity to re-offend.  Pew research studies have pegged the rate at 43%, and Jason, despite a rare degree of maturity and self-knowledge, becomes another statistic in the “revolving doors” of the American jail system—giving the film its title.

Documentary is an empathetic medium, and you can probably guess where Burns’ sympathies lie. Trying to provide for a large multi-racial family, and simultaneously present an example to his children that will forestall their following his footsteps, Jason’s failure must be seen as a tragedy no matter your personal philosophy. However the subject is also personal for Burns—himself an ex-convict—one whose inspirational story in navigating prison was the basis of the 2014 film Jamesy Boy. Poetry and now filmmaking provided an outlet for energy that turned Burns’ life around, but Burns questions why rehabilitation is so difficult for so many, including Jason, who was clear-eyed about the risks, and, as a loving family man, had ample incentive to stay on the straight and narrow.

The film is a portrait more so than a social-issue documentary, yet the question of “why” lingers over the entirety of the 18 minute film, and Jason proves to be a fascinating subject with which to probe it. He is earnest and articulate, and frequently emotional about damage his decisions are inflicting upon his family. He is sincere in taking responsibility, yet the film also quotes him saying early on “that everything I do, everything I am, is because of the childhood I had.” This tension between personal responsibility and environmental forces intertwines itself throughout the piece. Familiar difficulties are covered: the impossibility of finding work with a felony on one’s record, lack of marketable skills due to low educational attainment, the dilemma that the communities that are essential to supporting ex-cons also provide ample opportunity to fall back into familiar habits—but most striking are the testimonies from Jason, his wife, and children, about the corrosive effect that the removal of the family center has.

Via a devastating mix of interviews that oscillate between steely stoicism and emotional breakdown, it is clear that prison itself is a violence upon a family that heightens the risk for repeated crime. This expressed both economically, in terms of uncertainty that the family can make ends meet for even basics like food and shelter, to emotional trauma—formerly good students, the film shows how depression and fatalism transform Jason’s children, as his teenage sons fall into a crowd of petty drug dealers and sound defeatist about the possibility for achievement and upward mobility in their lives. While micro in its scope, Revolving Doors is adamant that the culture of recidivism is not an unknowable problem, but that incarceration itself is a self-perpetuating cycle.

After producing his auto-biographical feature, Burns turned to directing with the 2015 Tribeca award-winning short We Live This, and Revolving Doors played the 2017 festival. In the interim, Burns provocatively examined the subject of incarceration from a different angle—via a hi-profile project in collaboration with VICE, where he voluntarily placed himself in solitary confinement for 30 days, with the entire stay live-streamed on the site. With a strong social-conscience and unique personal background, Burns’ is proving to be an engaging documentary voice— comfortable in front of the camera as well as behind it. Frequently collaborating with NYC-based production company Hayden5, Burns has cemented himself as a storyteller to watch, and is currently developing a narrative feature titled The Body Williams.