A group of logs struggle to survive a freezing apocalyptic night by keeping the fire burning - with each other's bodies.
READ REVIEW
Next Previous 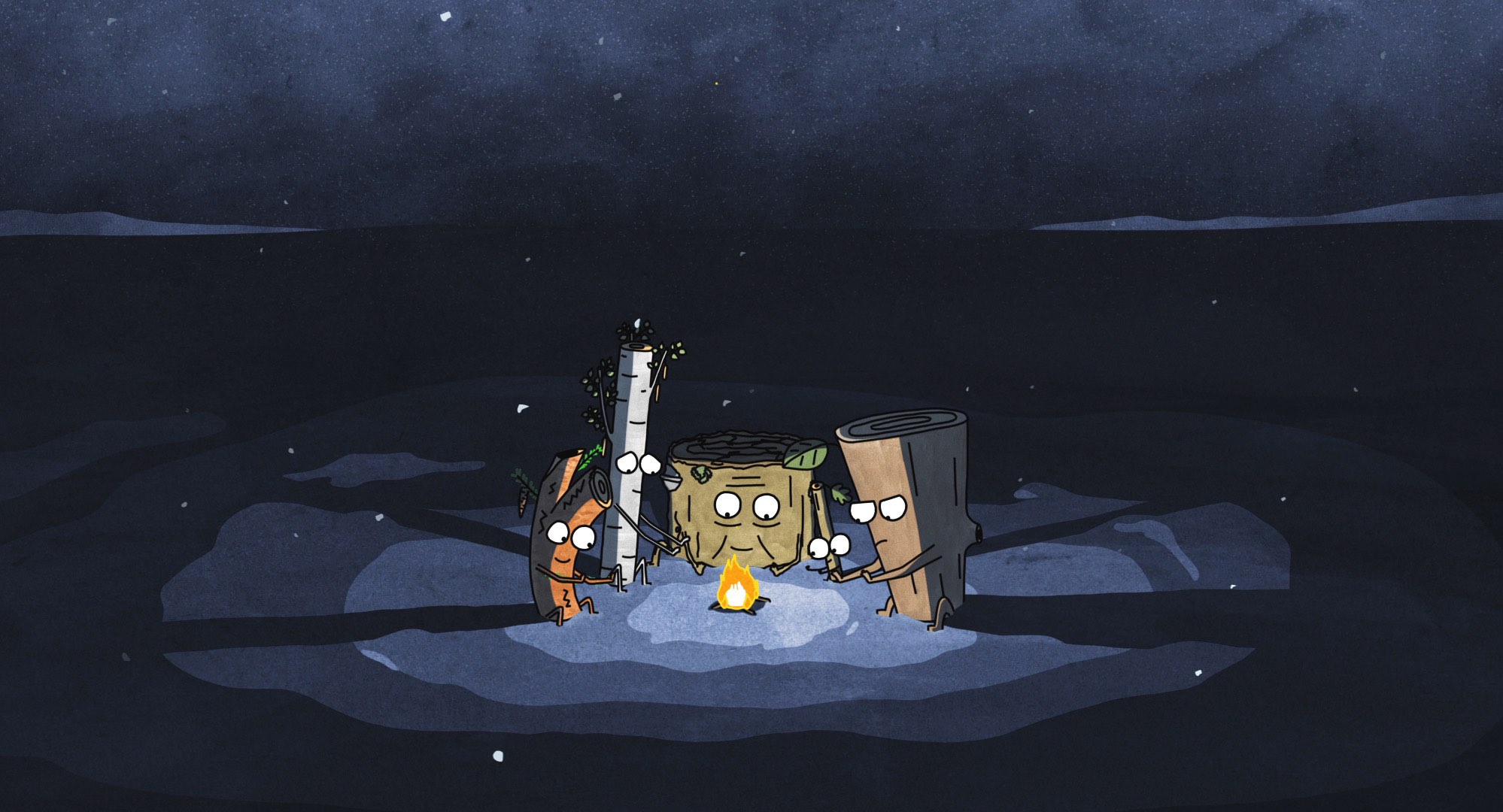 Picture the scene…An apocalyptic world full of death and destruction, a ragtag bunch of survivors need to band together and find a way to last the freezing night. But what if those survivors weren’t people! What if they were logs!! And what if the thing they needed to last the night was fire! You know fire…that’s best made with logs! Nils Hedinger’s Timber takes a familiar cinematic scenario and adds a new twist on that comedy classic – Cannibalism.

Darkly comic and utterly gripping, though the premise may seem ridiculous, this story of wooden characters f*cking one another over in a fight for survival resonates a lot deeper than you would expect.

“The image of logs burning each other was stuck in my mind for a long time”, Hedinger reveals in discussion with Short of the Week. “I thought it was interesting because it’s simple, funny, horrifying and can serve as a metaphor for our society at the same time”.

And whilst Hedinger’s scenario is absurd and extreme, the log-eat-log world he depicts is something we can all connect with. I mean I’m hoping you’ve never pushed a stranger into a fire in a desperate bid for survival (that’s the kind of info even the best website analytics can’t provide), but you’ve more than likely been on the losing end of some fierce competition in your life and it smarts right?

Maybe you lost out on a job you really wanted, didn’t get a place on a sports team or stopped chasing the girl you liked when she got it on with your friend in a graveyard (all hypothetical scenarios!), ruthless competition sucks, but unfortunately it’s also common place in our society.

So on the one hand, yes Timber is a silly film about logs brutally sacrificing each other for a bit more warmth, but on the other hand it touches on some of the major discussions regarding humanity – like Darwin’s theories surrounding natural selection.

A couple of years removed from its festival run, Timber arrives online via Cartoon Brew, concluding season 2 of CBFest, the site’s annual online film festival. We were happy to co-premiere Here’s The Plan, and I Am Here along with Timber, and hope you check out the complete program. Nils has just finished work on a new 8-minute short titled KUAP, which is about a tadpole and blends live-action backgrounds with an animated character. He’s currently submitting the film to festivals, but promises to put some more info about it online soon.