(This film has been removed from online by it's creator) A professional killer (Alfie Allen, GAME OF THRONES) discovers he can get away with anything on Halloween night, including dragging his latest victim around as a prop amidst a sea of oblivious London party goers.
READ REVIEW
Next Previous 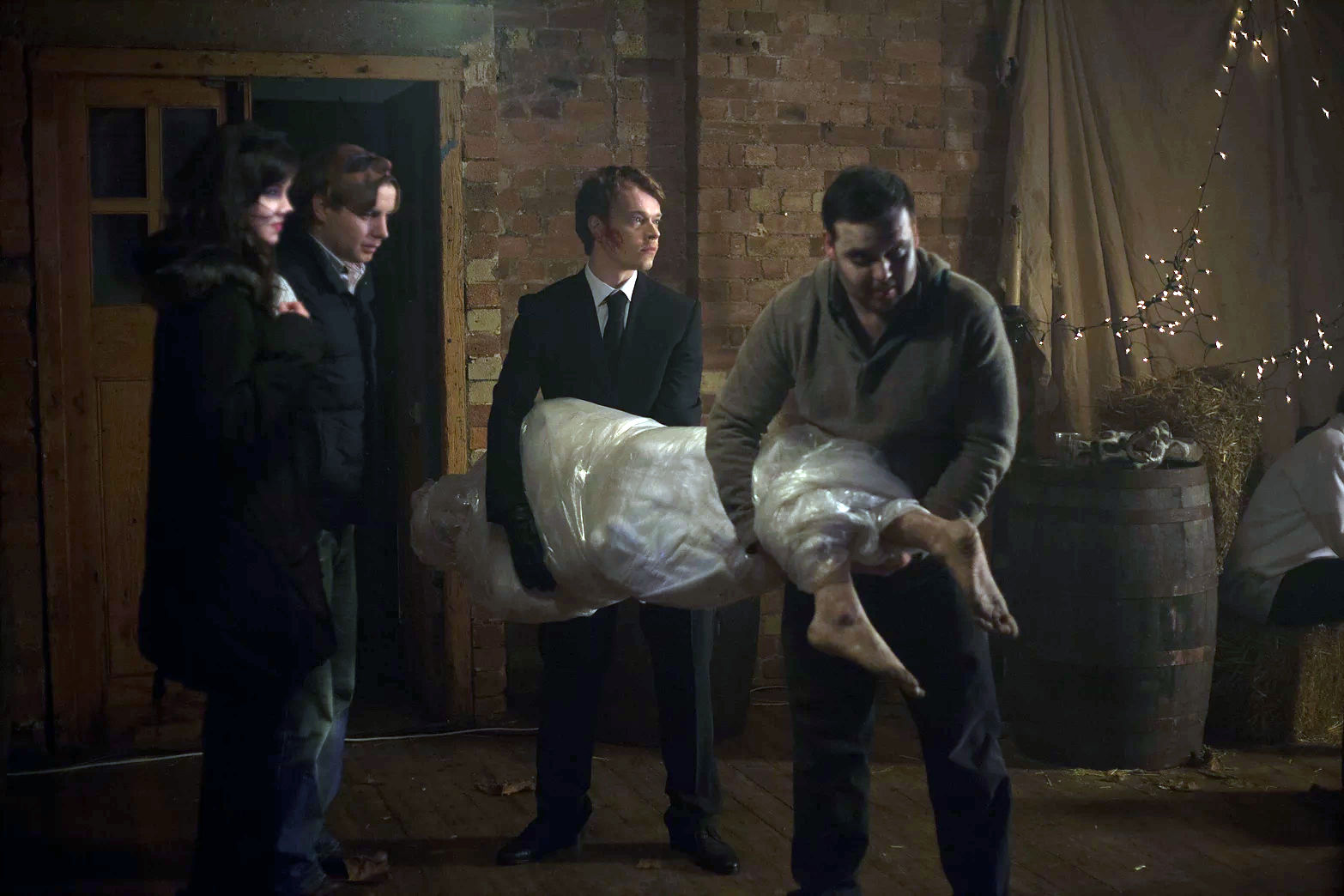 Kicking off our Halloween-themed selections for the year is The Body, an overlooked gem from the recent past. Winner of the Méliès d’Or as Europe’s Best Fanastic Short Film in 2014 (we’ve previously featured the 2013 and 2015 winners Voice Over and Supervenus), the film has nonetheless been criminally underseen online. Let’s change that!

With a killer premise (pun fully intended) and star power in the form of Game of Thrones star Alfie Allen, The Body has all the ingredients to get you excited for a spooky night out. The film combines a few tones familiar to horror lovers—it is a dryly comedic social satire, yet doesn’t stint on the bloodletting either. Alfie Allen plays an immaculately dressed killer whose ice-cold nature will remind viewers of Patrick Bateman, and the obliviousness of the drunken crowds is an ever-present source of tension and humor.

It is a frequent trope that monsters feel most comfortable on Halloween, the one night a year that they are able to mingle in public without raising suspicion. Writer and director Paul Davis borrows that concept, transporting it from the supernatural to the recognizable world of the London party-scene. Recognized by an old school mate as he drags his freshest kill nonchalantly down the street, Alfie Allen’s character is cajoled into following a crew of costumed revelers on a night out, where his amazingly realistic prop ends up the toast of the party.

Many drunk selfies follow, and while Allen’s character is too sociopathic to really let loose in this environment, it is apparent that he takes subversive pleasure in the morbid joke of it all. Of course he takes even more pleasure in killing people, and the night is young…

Davis is a true horror aficionado, and has maintained an eclectic output. In addition to his shorts, he created a feature documentary about An American Werewolf in London, as well as a book on the seminal 80’s vampire film The Lost Boys. His acting career has seen him play a bit role in Doctor Who, and his latest directing effort was a segment for the feature horror anthology Patient Seven. You can keep up with his multi-varied projects via his website.