A conflicted narrator leads the viewer through three extreme situations that are actually the same...Will you survive?
READ REVIEW
Next Previous 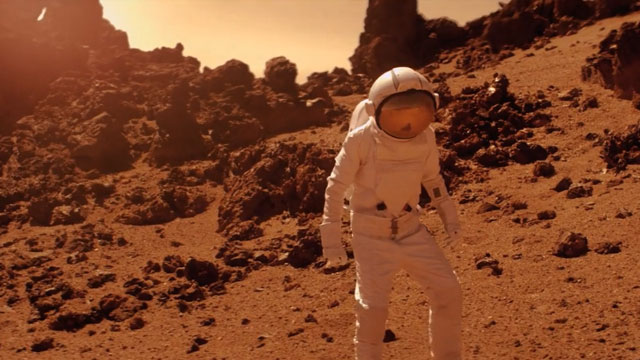 Already a festival and online hit, it’s quite likely you’ve already heard about Voice Over, but on the off chance that you haven’t, you’re in for a real treat. A short film on an epic scale, its main feature is the titular voiceover. The clearly agitated narrator informs you that the astronaut on the screen is you. And you’re in trouble. You see, you’ve crash-landed and your pressurized suit will only keep you alive for a limited amount of time. But before your air runs out, you’re whisked away to a totally different scenario. And then, with a similar race against time counting down, it happens again. Each scenario is gorgeously shot, making for three mini-action movies in one. But it’s the denouement that will have you cheering. Writer Luiso Berdejo is much more famous for his involvement with the horror films REC and REC 3: Genesis but here he is able to cover the sweep from epic to intimate in 10 short minutes.

Voice Over may not have had the largest budget for a short film ever, but it sure looks it. The production was so complex that it took four different production companies (Kamel Films. Encanta Films, Volcano Films, and Kowalski Films) from different regions of Spain to bring it to life. Almost every shot looks complicated, and many different people contributed, from VFX technicians to makeup artists to stuntmen and divers. The production had all the complexity of a feature film, which makes it a perfect “calling card” short for just about everyone involved. And yet, despite my usual disdain for those sorts of shorts, Voice Over‘s very strong script makes sure that you remember the story and not just the gloss of the filmmaking.

P.S. If ever a short film deserved to escape the confines of the computer screen, it’s this one. So, even though it can be watched online, I’m stubbornly programming it as part of my Shorts That Are Not Pants screening series in April. If you’re in Toronto on April 11th, come and enjoy it with us!