Lisa's heart desires only one thing: her lost love, 5 years gone. At first a familiar quirky comedy, the film then dares to explore the line between grand love and unhealthy obsession
READ REVIEW
Next Previous 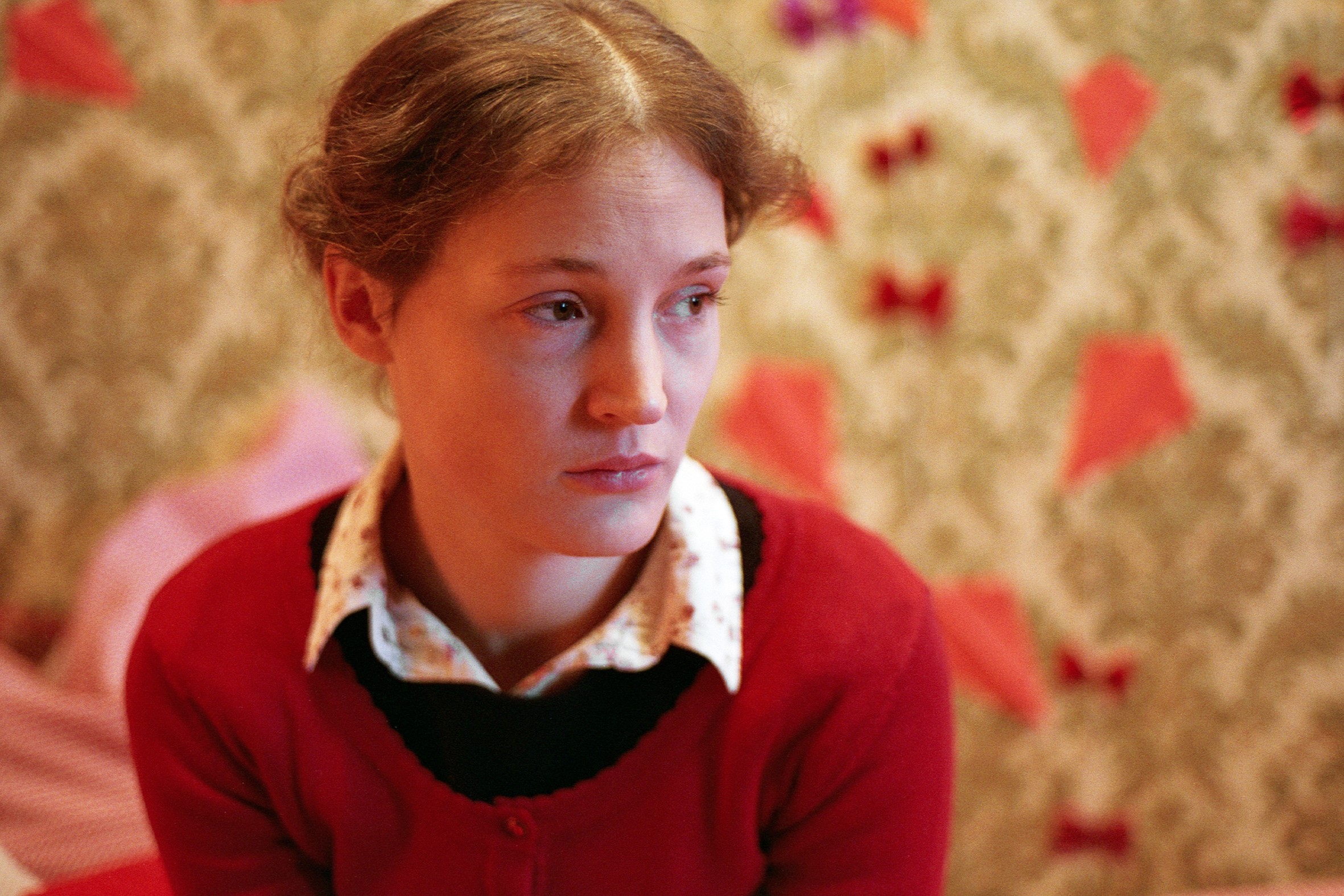 Christoph Rainer’s Pitter Patter Goes My Heart combines humor, heart and an exceptional knack for unconventional details to tell a peculiar story about love and heartbreak. It’s a tale that displays a healthy tension between magic realism á la Amélie and the more cynical tone of typical Austrian cinema. With a operatic score invoking grand melodrama, the film is a unique marvel in finding the perfect balance to mix these sensibilities.

We meet our heroine Lisa (Vicky Krieps) in her element, telling a customer about the various ways in which one can show affection through a greeting card. This is when we also get a glimpse of her charm, quirks and her over-bearing enthusiasm for romance. Only later, after we get to know her alcoholic father who stumbles upon his daughter’s own lovelorn collection of romantic cards, we find out that Lisa still has an unhealthy, almost delusional relation to her ex-boyfriend Alf. When Lisa finds out that her photographer-ex is in town to shoot an anti-varicose medical campaign, she signs up her father for a casting to meet and hopefully reunite with her dearest Alf.

Filmmaker Christoph Rainer confessed that he made the film when he “was madly in love – with more emphasize on ‘mad’ than on ‘love’. So even though I don’t enjoy romantic films very much, I couldn’t help but make one myself and express my unhealthy feelings. I think I wrote my own negative, self-fulfilling prophecy in this short film. It became about how love could turn terribly sour.”

Ironically, although it was conceived as a reflection of his own romantic struggles, contrary to the film’s story Rainer found a way to sway the mind of his object of affection with one last grand gesture—the smoke and mirror tactics of a true storyteller. After he met his now-girlfriend during his studies in New York, she initially rejected his feelings, which inspired him to make Pitter Patter Goes My Heart. But after Christoph got back to Vienna, he received an invitation to a film festival in Iceland for his short Requiem for a Robot and a plan was hatched. Rainer led her to believe that he had an extra ticket and didn’t know whom to take along. She actually took him up on the offer and they spent they week together at the festival, and the rest, as they say, is history. He has confessed his devious scheme by now, which apparently was worth the hustle.

Most storytellers who are influenced by personal experiences probably would like to create a better version of the reality they’re in, but with Pitter Patter Goes My Heart Rainer used the film to deal with his unhappy emotions. He wound up on the better end of that bargain in his own story, but the autobiographical motivations of this particular time in his life still ring true. Which isn’t to say that the short is a bleak discourse on the theme of love – quite the contrary, but it does complicate the emotion, both celebrating the salutary aspects of living a life that is full of intense feeling, yet also clearly recognizing the delusions and self-harm it can lead us to.

One might contribute the film’s unique style to Rainer’s dual education at the Filmakademie Wien in Vienna and Columbia University, New York, at which he finished his studies with Pitter Patter Goes My Heart. The specificity in scenes like with the father trying to suck alcohol of crushed chocolate with a straw or a backroom discussion between shady older men about the most photogenic varicose veins enriches the world the director created, which is footed in a suburban reality and a creation of its own all the same.

While director Christoph Rainer is working on a few feature film projects in various stages of development, main actress Vicky Krieps can be seen next in Paul Thomas Anderson’s upcoming new film, starring opposite Daniel Day-Lewis in what is supposedly his last screen performance.