Two handsome master criminals are trying to pull off a big heist so they're putting together the most incredible heist team that has ever heist teamed before.
READ REVIEW
Next Previous 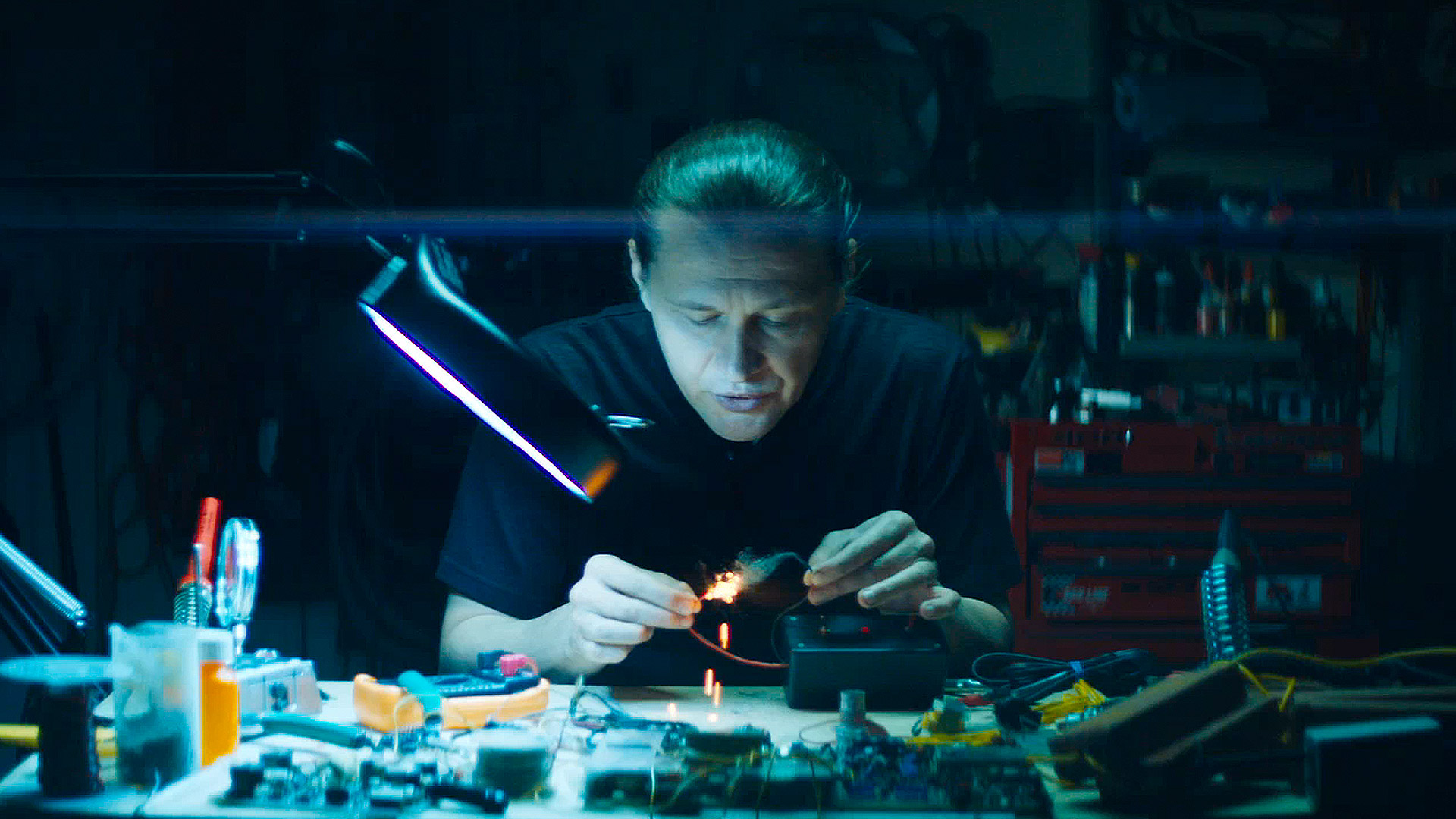 The heist film. It’s a cinematic staple. But, with that ingrained narrative familiarity comes the inevitable genre clichés: a big score, the final job, the team of master criminals. In a post Ocean’s movie trilogy world (with a new female-driven sequel along the way), it can all feel somewhat rote. But, what if those clichés were the point?

Co-writers Dafna Garber and Kevin Tenglin (the writer of the S/W Award winning film and viral mega success, The Gunfighter) team up with director, Luke Harris, to craft this snappy, self-aware heist comedy about two suave thieves attempting to put together the greatest team in the history of heist teams. It’s a brief but enjoyable romp full of stereotypes, tropes, and self-aware meta commentary. The result is a delightful 5 minute mish-mash designed to appeal to everyone, but especially movie lovers. The true joy here is watching as things escalate further and further off the rails as the rogue’s gallery of miscreants just keeps getting broader, bigger, and weirder. It doesn’t hurt that it’s incredibly well polished visually and precisely edited.

As Harris explains via e-mail:

“I love heist movies. The ridiculous plots. The villains. The action. But my favorite trope is the “assembling of the team.” It’s usually a montage of stereotypes and clichés. We wanted to poke fun at this convention as well as point out other tropes that seem to constantly be re-used in Hollywood.”

Mission accomplished in that regard. But, for such a brief comedy sketch, it’s truly impressive how visually elaborate it is. Each team member introduction is like a mini-film, complete with its own unique look, wardrobe, and detailed production design. Although it’s a “jokey” premise, the film doesn’t skimp on any aspect of the production. Not only does it fully commit to its concept, it builds miniature blockbusters around each of them. As you might expect, this created a logistical challenge in terms of production.

“The film was shot in two parts. We first shot the three characters around the pool, as well as their doubles. Then we worked with Kevin Clark, our editor, to edit that scene and pick out our favorite scenarios. We also chose the scenarios which were the most achievable within a small production, so some scenarios hit the cutting room floor. We then had to plan how to shoot all the cut away scenes in four days. We worked with our Art Director, Matilda Paulin, to create mini sets so we could film different scenes in the same location. So for example, ‘Cop without a warrant’, ‘Future Girl’, ‘Dean Bursler’, and ‘Coach Wally Zimmerman’ were all filmed in the same industrial office space. DP, Sean McDaniel, created an entirely different cinematic look for each scene. My favorite was the ‘Billy Piper’ shot. With just a couple lights and some set direction, we were able to turn an abandoned space into a seedy pool hall.”

After playing a handful of fests, including Palm Springs and Sidewalk, Harris and Tenglin are bringing their hilarious and visually polished comedy to the larger world of the internet (where it seems like it will be a perfect fit). The duo is currently hard at work on a feature length comedy-action script as well as a couple tv pilot scripts.