A narrator sets up the story of a lone gunslinger who walks into a saloon. However, the people in this saloon can hear the narrator and the narrator may just be a little bit bloodthirsty.
READ REVIEW
Next Previous 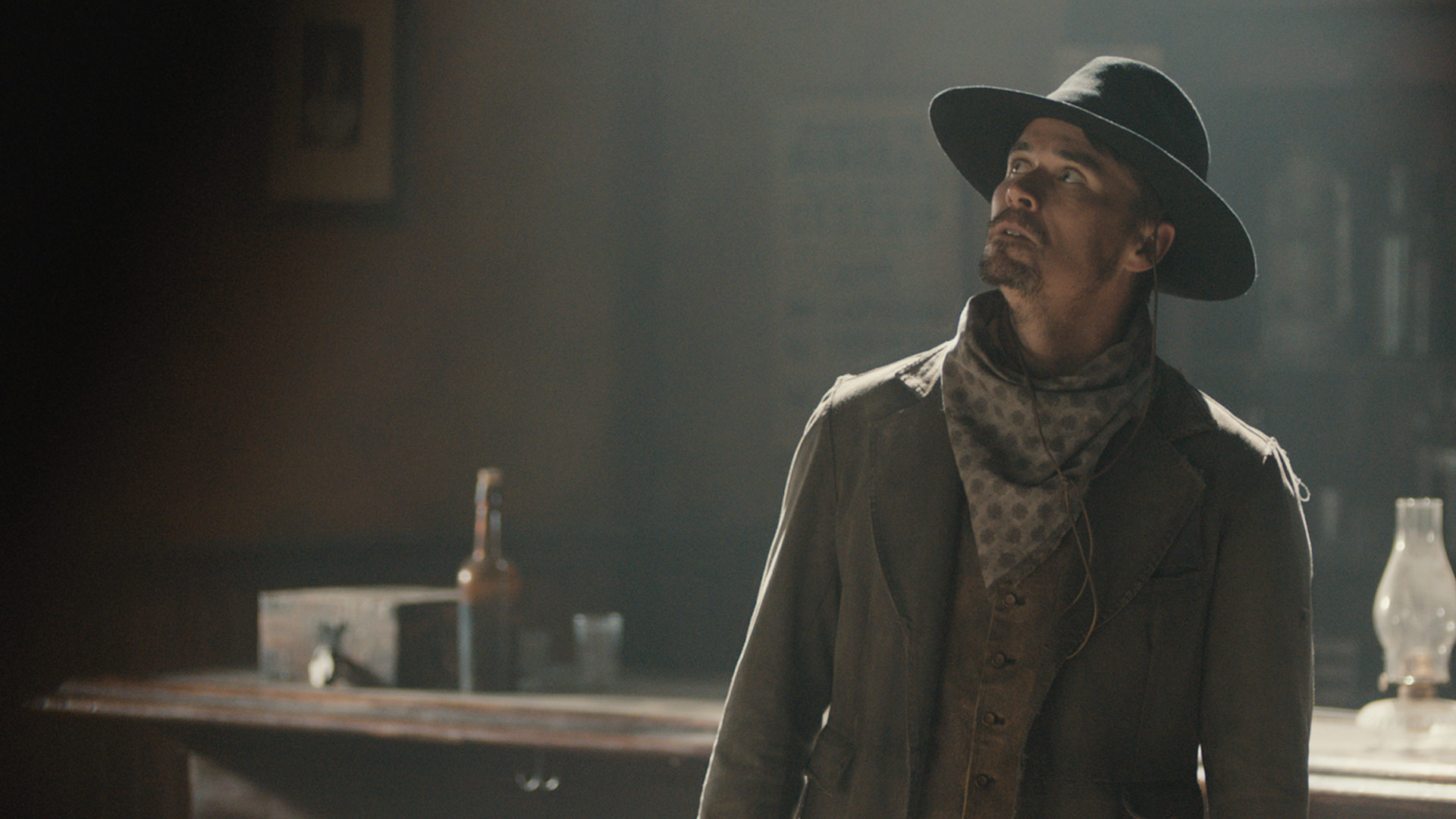 Already a Short of the Week alumnus with his delightful anti-rom com, Blessing in Disguise (a film about soulmates and herpes), director Eric Kissack follows it up with another stellar comedy. This time, though, he ditches contemporary characters and goes all out with a full period Western. Now, of course, Westerns and comedy are indelibly linked due to classics like Blazing Saddles and The Frisco Kid (not to mention, Seth MacFarlane’s recent entry to the box office with A Million Ways to Die in the West), yet The Gunfighter is more high-concept than pure slapstick. If I were a Hollywood underling pitching to a studio executive (and thank, heaven, I’m not), it might go something like “it’s Stranger Than Fiction meets Gunsmoke.”

But, that wouldn’t be giving the film enough credit. Kissack and crew push the premise well-past what you would think is comedically possible for a fourth-wall breaking device, firing off more jokes per minute than any recent short film in memory. I realize that analyzing comedy is somewhat of a futile (and pretentious) endeavor. Funny is funny—simple as that. So, suffice it to say, The Gunfighter is funny, damn funny, fully delivering on  the promise of its premise. As the all-knowing narrator reveals more and more tidbits about the motley crew of scoundrels populating the saloon, the relationships become more convoluted, absurd, and hysterical. It’s obvious that Kissack enjoys making a Western just as much as he relishes making fun of it. All the stock wild west clichés are in full display, from prostitutes with hearts of gold to rousing, inspirational speeches.

Of course, all of this wouldn’t work if the narrator’s dialogue wasn’t so brilliantly performed. Voiced by Nick Offerman in his trademark droll baritone, the timing and delivery of the voiceover is integral to selling the film. Director Eric Kissack and writer Kevin Tenglin used their connections with industry contacts David Wain and Davis Guggenheim to get Nick to agree to come on the project (to learn more about Kissack’s work as a feature film editor, check out our interview we conducted with him last year). Offerman’s involvement was definitely a boon for the film—not only does it garner the short some high-profile attention, but it also elevates it creatively. To be bit blue, no one can pull off a butt sex joke quite like Nick Offerman.

The Gunfighter was shot last October on location at the infamous Melody Ranch outside of LA. The Ranch has served as a location for countless productions, from Django Unchained to Deadwood. The film’s producer, Sarah Platt, managed to finagle a reasonable rate for the low-budget production to shoot there over Halloween weekend. The result looks completely authentic, as the piece is littered with stellar costumes and props.

Admittedly, at Short of the Week, we tend to shy away from films that are purely comedic sketches in our selections. But, The Gunfighter is more than that—it’s a sketch-like premise taken to its very nth degree. It’s brilliantly performed and beautifully shot, with clever punchline after punchline. Beyond that, though, there is a message amidst the rapid fire comedy. As Kissack relates via e-mail,  “I’ve always thought it was important to point out the dangers of complete and total honesty. I mean, obviously, in an ideal world we wouldn’t do things that we’re ashamed of. But that world seems vanishingly distant so in the meantime, let’s all just learn to accept a little judicious truth-concealing (lying).”