Katie just found out that she has genital herpes. Enter the man of her dreams.
READ REVIEW
Next Previous 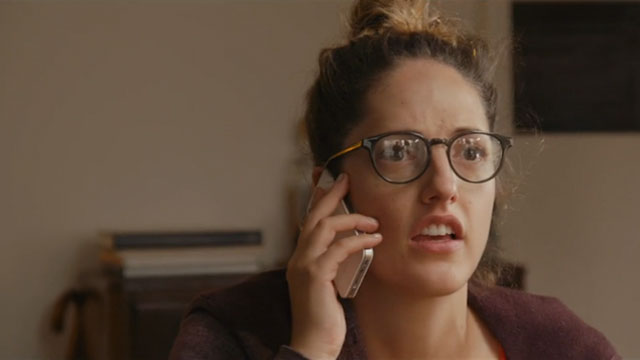 Apart from a few major exceptions, we don’t feature very many romantic comedies here on Short of the Week. The reason? Most of them aren’t very good. After all, the romantic comedy is bit of a bastardized genre, muddied by decades of Hollywood cliché and trite story lines. So, I suppose it’s fitting that it takes a film about the burgeoning love between two folks with genital herpes to give things a much needed kick in the tucas.

Yes, Blessing in Disguise is a romantic comedy about the infamous venereal gift that keeps on giving. Yet, as with the best high concept premises, it’s really about more that. It’s a film about acceptance—about learning to not judge people by predetermined labels. It also happens to be really, really funny.

Informed by his tenure as a major Hollywood feature editor, director Eric Kissack infuses Blessing in Disguise with a terrific sense of pace. This film moves—each reaction shot perfectly timed, each conversation the perfect length. So many short comedies fail because they don’t know how to tell to a joke, or worse, they don’t know when to end a joke. Fortunately, the film skillfully avoids those pitfalls. The performances are all terrific, especially the excellent leading turn from Ingrid Haas. Seriously, if Ingrid Haas isn’t super famous in five years, I’ll eat my shoe. She’s funny and adorable. Anna Kendrick better watch her back.

Most impressive of all, Blessing in Disguise is genuinely romantic and legitimately funny. To be blunt, it’s a true romantic comedy—one that makes the genre suddenly seem like it can be a source of good in this world instead of evil. You actually care about the characters getting together and you genuinely laugh while they’re doing it. The dialogue is cute without being cloying, smart without being “aren’t-I-clever” clever. It’s the type of film that I want to see more of in theaters.

Fortunately, director Eric Kissack has got our back. His first feature film, Love, Sex, and Missed Connections, was completed in 2012 and has a very similar tone. The film can currently be streamed via Film Festival Flix and will be on iTunes this fall . I encourage everyone to check it out. C’mon! Let’s save the romantic comedy together.
Vimeo Fillmaker Website
LIKE TWEET