The impact of mass incarceration on a generation of youth is explored through an annual Mother’s Day charity bus that takes children from across California to visit their mothers in prison.
READ REVIEW
Next Previous 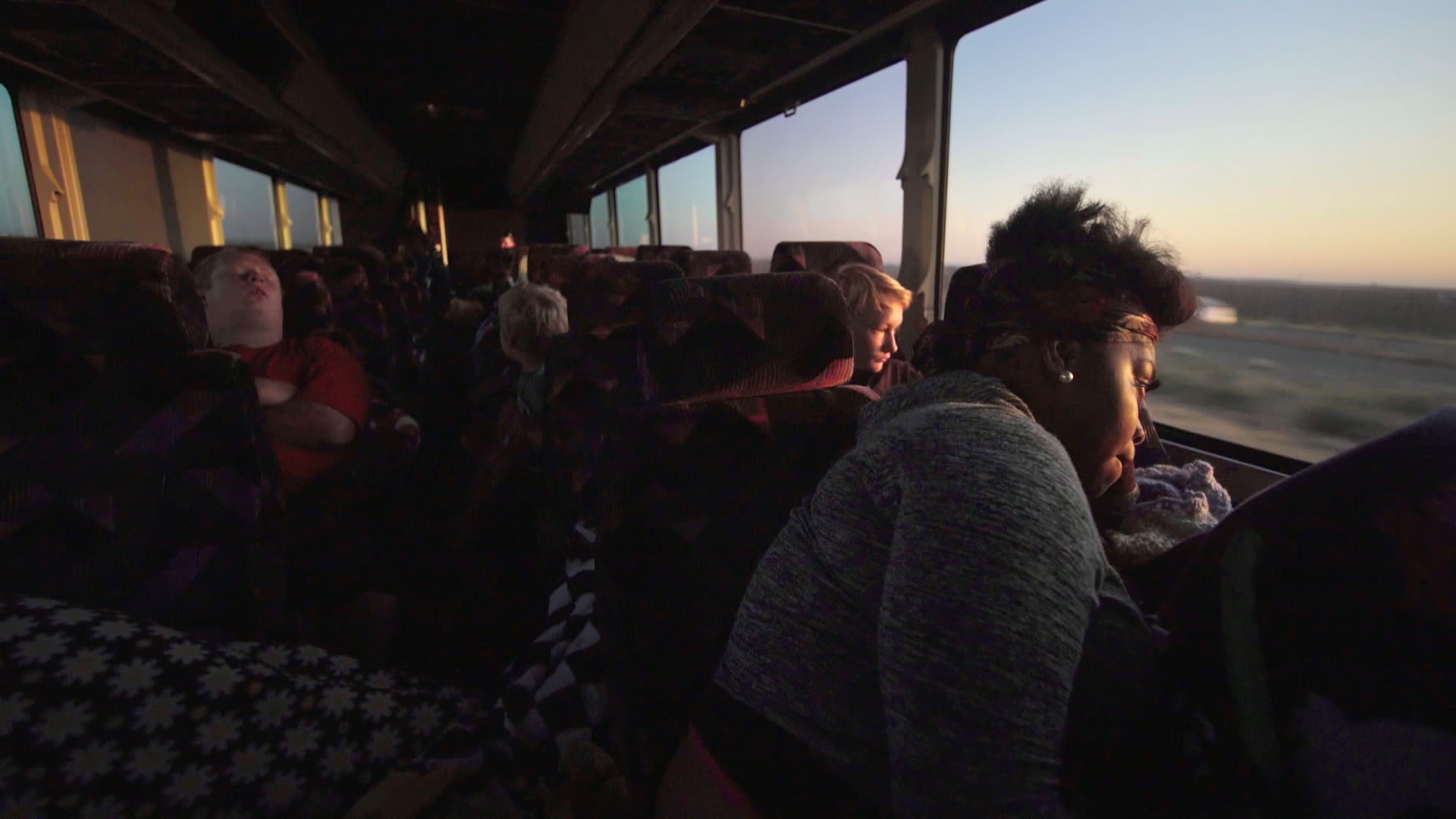 Documentary about Crime in Live-Action
Directed By Elizabeth Lo & R.J. Lozada
Made In USA

A 9-minute observational documentary following a group of children journeying to visit their mothers in prison, Elizabeth Lo and R.J. Lozada’s Mother’s Day is a powerful short brimming with real-life emotion. Focusing on one specific prison visit, but commenting on a nation’s problems, the subtle and restrained filmmaking on show allows the viewer plenty of time and space to process the events and think about what this short story means for the greater picture.

Seen by Lo as a “sort of sequel” to her previous short Hotel 22, both films focus on what the director describes as “a unique bus system which becomes a vehicle for examining overlooked inequities that remain a part of American society today”. Discovering the work of the Center for Restorative Justice Works and their annual bus trips when researching stories that took place on public transportation for the aforementioned short, the director had to wait for funding (from the Nation Institute’s Investigative Fund for documentaries) before she could bring this story to screen.

“We made Mother’s Day to remind us of the steep price an entire generation of youth – and by extension, our nation – has to pay because of systems that remain broken across America”

Focusing on the children on the outside, instead of the parent on the inside, Mother’s Day becomes less a film about judgement and more a film about understanding. Drawing the attention away from the crimes committed by those incarcerated in their film, Lo and Lozada’s doc aims its gaze at the most heartbreaking and resonating element of this story – children growing up with absent Mother’s.

“Many of these children are unable to regularly visit their incarcerated parents because remote, rural prisons are often difficult to access for low-income families”, Lo explains. “While many are aware of the staggering problems resulting from the nation’s incarceration rate, few consider the impact it has on the children who grow up parentless as a result – those boys and girls who are raised with only brief meetings of their parents in the place of a real relationship. We made Mother’s Day to remind us of the steep price an entire generation of youth – and by extension, our nation – has to pay because of systems that remain broken across America”.

As a parent, one of the most troubling thoughts you can have is not being around when your children really need you. Whether it’s a reassuring hug after a bad dream or a pep talk before a big event, you want to be there for them and it’s this universal feeling that resonates deeply throughout Mother’s Day. Never once does it ask you to look to judge or look down on its incarcerated subjects, instead it’s those that are free that feel truly punished here and in making you really consider this side of the story, Lo and Lozada’s doc is at its most powerful and its most impactful.