On the eve of their first show, a rock band struggles with a radioactive energy in their music that blows up amps, liquefies tape decks, and starts electrical fires.
READ REVIEW
Next Previous 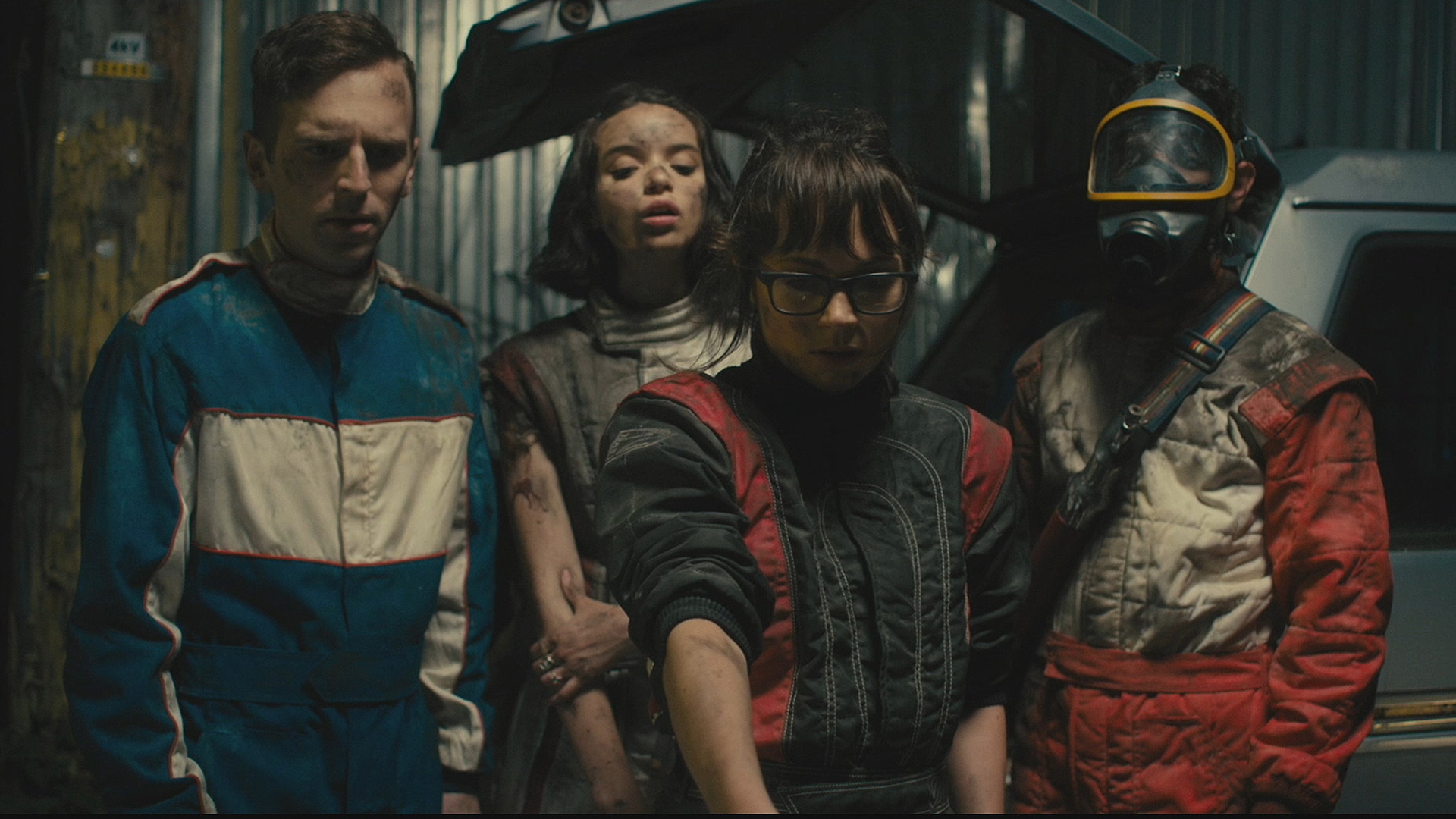 With a bad-ass vintage aesthetic and a too-cool-for-school tonal sensibility, director Dylan Allen’s The Privates is the garage rock radioactive superpower cinematic amalgamation you never knew you needed, but always wanted. With a precise tone and some of the best production design we’ve seen in recent memory, a scrappy roster of would-be-rockers attempt to deal with the fact that they cause things to spontaneously combust every time they jam. Yeah, it’s weird, but somehow makes sense.

If you were to pitch The Privates to a studio exec, you might say something like it’s “Scott Pilgrim meets Ghostbusters.” It’s obvious that Allen is creating a proof of concept for a feature here (or, at the very least developing a world that is meant to be expanded). And, you know, what? We’re cool with that. The Privates is a blast (both literally and figuratively) that radiates with energy and oozes style. Do we wish the film did more than tease a larger world? Sure. But, it’s a delightful tease, tapping into our nostalgia obsessed culture while also sculpting something that is predicated on a unique high concept. A musically driven sci-fi adventure? It’s something that can appeal to both children of the 80s and a younger generation that knows the 80s only through a pop culture lens. Beyond the polish and tone, the film is driven by a terrific sense of witty banter and pace that would make Diablo Cody blush.

In chatting with S/W, Dylan Allen discusses his motivation behind the film:

“Though The Privates is obviously very removed from reality, the sci-fi angle was an interesting avenue to tackle some of the everyday obstacles and bigger creative questions that all artists, including filmmakers, deal with when trying to make their work when no one else cares.” 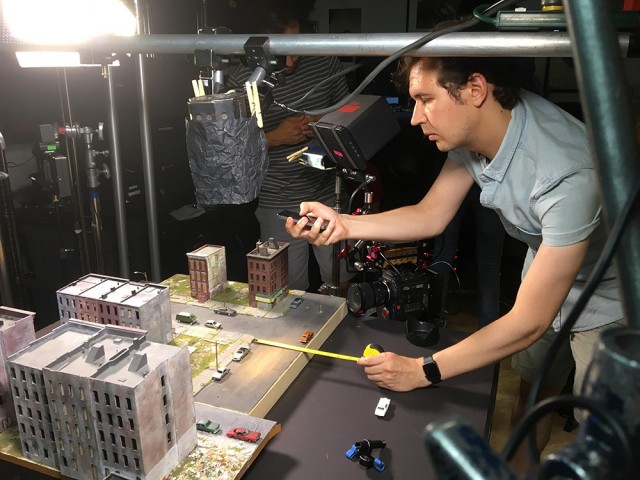 Working with miniatures to create the music club’s exterior.

The Privates is inspired by, and features the music of, the Nashville, TN band of the same name. The film was shot over 3 days in Brooklyn, and was brought to life thanks to a successful Kickstarter Campaign. It played this year’s Palm Springs and was recently selected as a Vimeo Staff Pick premiere.

Allen isn’t a newcomer to the short film world. He impressed us a few years ago with his terrific genre satire, Epilogue. So, it’s exciting to see him tackle a new project with such big aspirations. Like the scrappy heroes in his short, we’re hoping that the “pitch to feature” formula leads to some big time success. Heck, maybe he’ll even get signed…