A search for the truth behind a fishy tale.
READ REVIEW
Next Previous 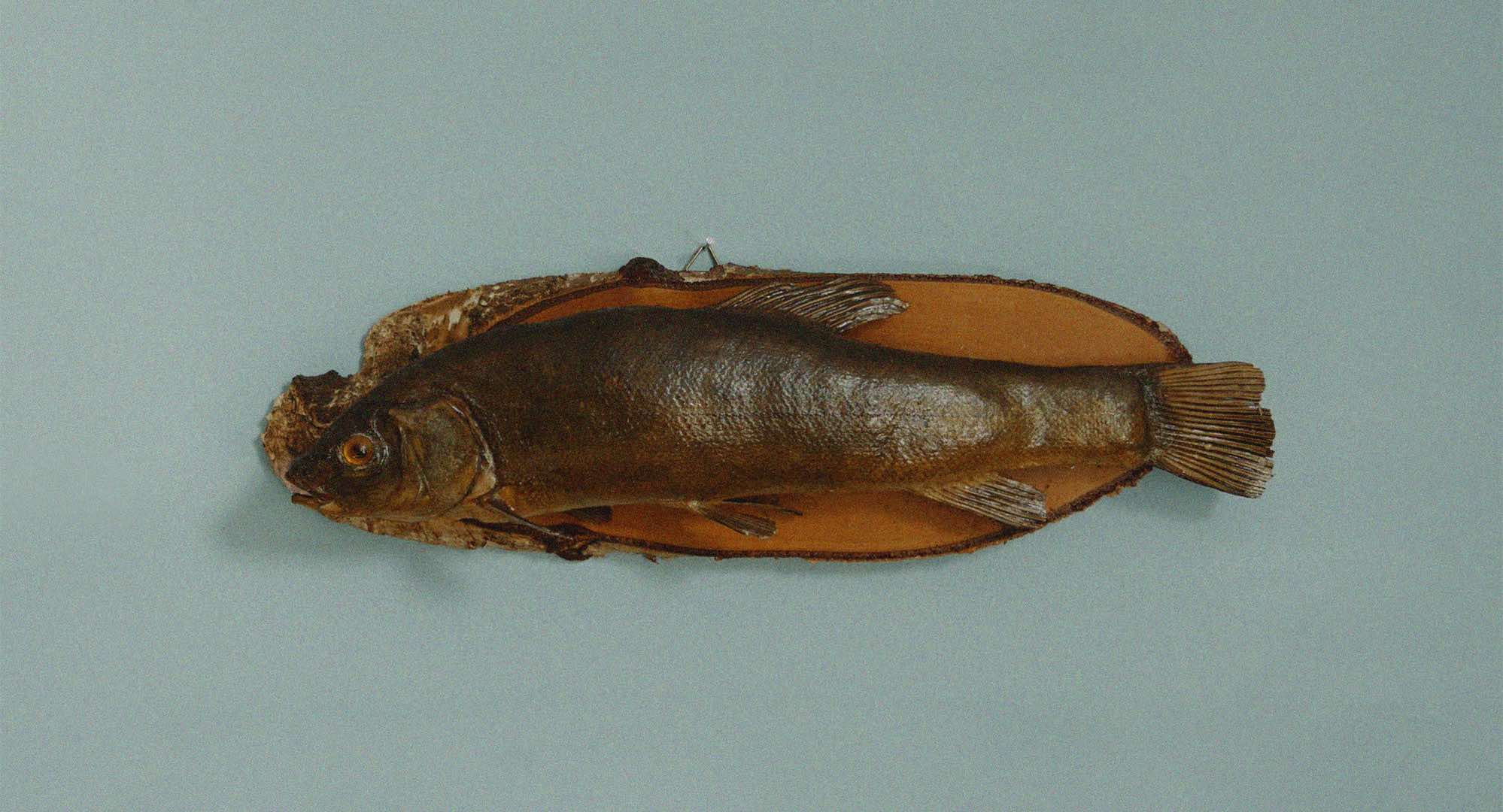 Created to solve what director Charlie Lyne describes as “one of the few remaining un-Googlable mysteries”, 14-min documentary Fish Story delves below the murky surface of one family’s bizarre claim to fame, to discover whether it is fact or fiction. Based around a retelling of this sketchy yarn, Lyne plays the role of the detective as he attempts to unravel his friend’s (Caspar Salmon) unusual tale, which centres around a PR stunt that gathered several families, all with fish related surnames, on the coast of North Wales.

For anyone familiar with Lyne’s earlier films, Fish Story does feel like a bit of a departure from his previous work. Whereas features Beyond Clueless and Fear Itself, and his short Copycat, all felt like clever-constructed films casting a reflective look at cinema (and in particular genre filmmaking), his latest short is a much more personal tale.

Describing his film as being inspired by his “wonderful, peculiar friend Caspar Salmon” (who has a starring role in Lyne’s short), there’s a warmth to Fish Story that feels as if it would only be present if being told by someone connected to this tale. And though the unusual PR event, and accompanying family folk tale that comes with it, is actually small in scale, Lyne elevates it to epic proportions making it feel like a mystery that just had to be solved.

Although Lyne has added an extra sprinkling of charm to his latest creation, that’s not to say the inventive approach featured in his previous work has disappeared. Telling his story by combining a playful voice-over conversation between the director and Caspar, on top of cleverly constructed scenes from a retro household (presumably the Salmon’s), there’s an inviting allure to its resourceful production, which blends perfectly with the informal feel of the film’s dialogue.

Now working on another short which he hopes to finish shortly, you can keep up-to-date with Lyne’s occasional film critic work on The Guardian and Sight & Sound or follow him on Twitter for the intermittent insight into his world.