At The End of the Cul-de-sac

One man's mental breakdown leads to his communal rejection. A 10 minute single take shot entirely with a drone.
READ REVIEW
Next Previous

At The End of the Cul-de-sac 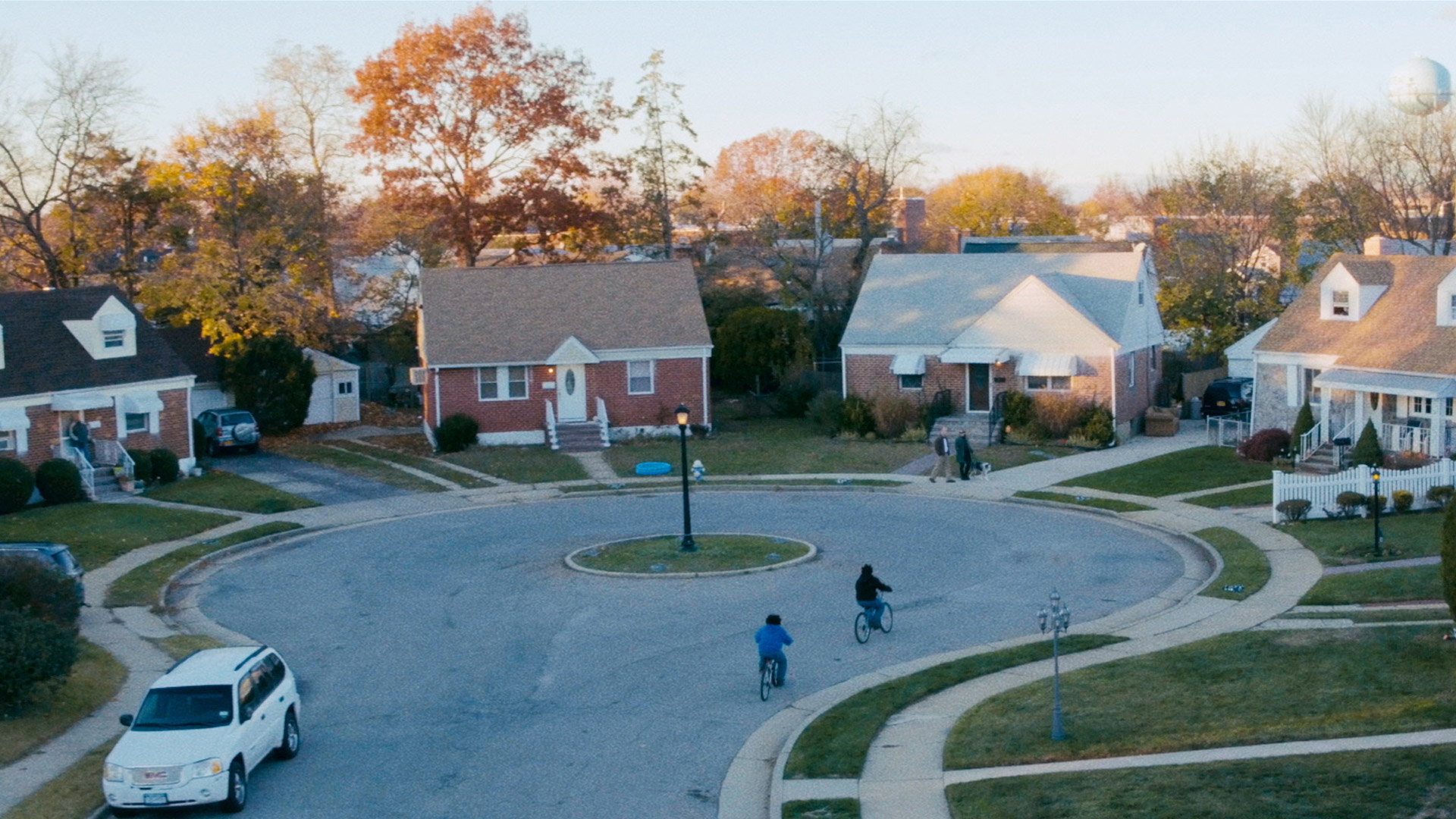 In the world of modern short filmmaking, few have defined the form as much Paul Trillo. To call his films “unique” would be an understatement. His oeuvre is an outstanding compilation of creative visual concepts combined with emotional narrative execution. It might easy for some to cast off his work as gimmicky. After all, he’s the guy who made that iPhone film or the snorricam one.. And, with At The End of the Cul-de-sac, he has made a “drone film.”

The obvious headline here is the film’s construction: a 10-minute unbroken take all shot from a drone. It combines two very en vogue techniques—the complex oner and aerial cinematography. I can already hear fellow film nerds squealing with excitement. Trillo’s execution of this complex shot is, quite simply, masterful. Cul-de-sac is worth recommending purely for the craft alone

But, Trillo’s films are far more than just gear experiments. The buzzword pitch (crazy drone shot!) is complemented by a mastery of tone. The film is ominous, practically freaky. It slowly builds up its tension, transforming from suburban drama to social commentary, and finally, culminating in an end twist that—without spoiling directly— feels like something straight out of the Twilight Zone.

The drone’s voyeuristic presence creates a constant air of menace. As a man breaks down, the camera becomes yet another cold bystander. We as viewers are just as guilty as the other characters as they gawk and snap iPhone videos: we’re enjoying the spectacle, but refusing to help or intervene. Trillo clearly has a knack for capturing fragile emotional and mental states through innovative visual techniques.

Produced by drone photography company, Aerobo, Trillo’s film was spawned by a desire to use drone technology in a more innovative way.

“Drones have been used in creative ways but most of them time they are essentially replacing the work of a helicopter. I was becoming bored with seeing drones used again and again to get the same type of shot. This is a flying camera with no strings attached so it makes it great for doing long, ‘impossible’ shots.”

Executing his vision proved to be a unique challenge. The entire shot was pre-visualized in CInema4D using 3D actors and computer generated voices. The camera operator and drone pilot then had to memorize everything beat for beat according to the script. This, along with three days of rehearsals, allowed Trillo and his cast and crew to capture the “perfect” take in in a narrow window of time on the actual day of the shoot. 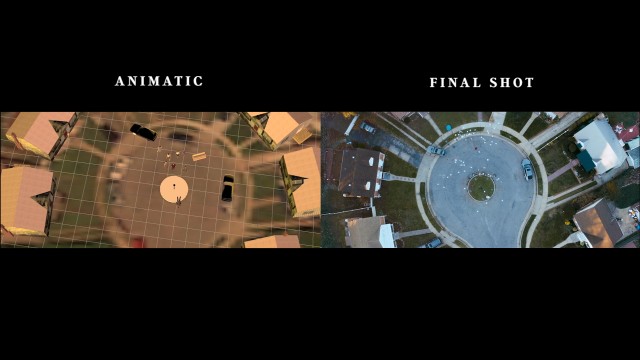 Comparison between pre-viz and final shot

Cul-de-sac is this week’s Vimeo Staff Pick Premiere. It’s also the fifth film we’ve featured from Mr. Trillo. Yes, you read that right…his fifth. I don’t mean to indicate a false sense of self importance, but we’re pretty picky here at Short of the Week. So, needless to say, we’re big fans. He is currently putting the final touches on a feature screenplay entitled Forks. We’re eager to see him branch out into longer form work.