At a crisis center in late 1971, a freshly minted counselor on the late shift takes his first call: a suicidal teenager whose parents won’t let her come home for Christmas. The call exposes truths about each that lead to a surprising conclusion.
READ REVIEW
Next Previous 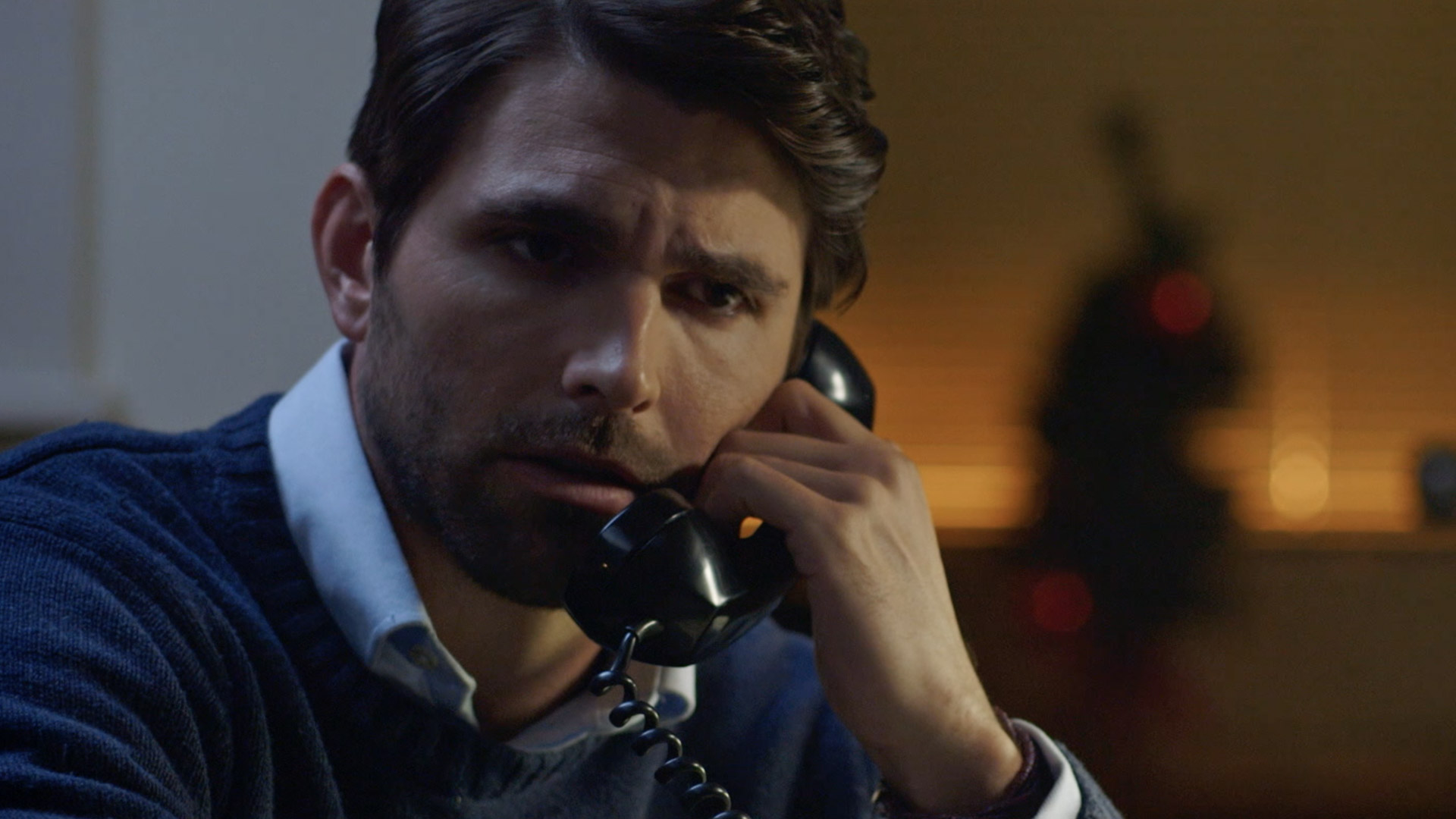 A crisis hotline center. A rookie operator. A suicidal woman in desperate need of help. It’s a general setup we’ve seen a few times before in the world of shorts. But, it’s one that continues to produce interesting bite-size cinematic stories. With a straight-forward, yet polished visual sensibility and sparse, effective sound design, Guy Bauer’s film, The Counselor, gives the dramatic conceit both emotional life and a surprising payoff.

The film is set in a crisis center in 1971. That date is important: it’s two years prior to Roe V. Wade and reveals a suicidal teenager in need of help in the aftermath of an abortion. The central performance from Miles Fisher, who plays the “green” hotline operator, Ted, is quiet and calming. And, as you’ll discover later, he masks something deeper altogether.

The Counselor isn’t just about a man helping a scared woman through a difficult time. Granted, on that level it works—two people with troubled histories meeting in the center and providing moral support. But, without spoiling it directly, there’s a twist…a big twist that, depending on your view of narrative trickery, will either enthrall or annoy you. For the record, I’m in the former camp.

The film reveals the protagonist to be Ted Bundy. Yes, that Ted Bundy: the infamous serial killer and rapist who confessed to 30 homicides. The twist is interesting for a few reasons. Some may view it as narratively “cheap”—a purposeful gut punch that elicits a visceral reaction without really earning it. But, I’d argue differently. It reframes the entire conversation that came before it—it shows that Bundy’s troubled path allows him to empathize with those in need, but at the same time, will enable him, later, to take sadistic pleasure in their pain. I’ll admit to being a bit of a true crime junkie, so The Counselor just tugs at the right part of my brain.

“I’ve always had this question: Are evil people capable of goodness? If Hitler himself was walking in front of you into a building, we he hold the door open for you? Most likely, yes. Evil people are walking amongst us, acting normal, smiling, even being nice. When I heard about Katie Fetting‘s script, I immediately jumped on it because it addressed this issue I’ve thought about for years.”

Fisher gives a standout performances. He also has the handsome looks/sociopathic combination that makes him the perfect choice to play serial killers. I’m serious—check out this music video if you don’t believe me.

The Counselor was filmed over the course of two days in the spring of 2016. Since then it’s garnered awards, including best short at the Green Bay Film Festival. Bauer, who runs a successful Chicago-based production company, is already in development on his next short film project which will go into production later this year.