When a massive alien creature sudden appears in LA, experts attempt to discern its motivations in this stylish sci-fi from director Brent Bonacorso.
READ REVIEW
Next Previous 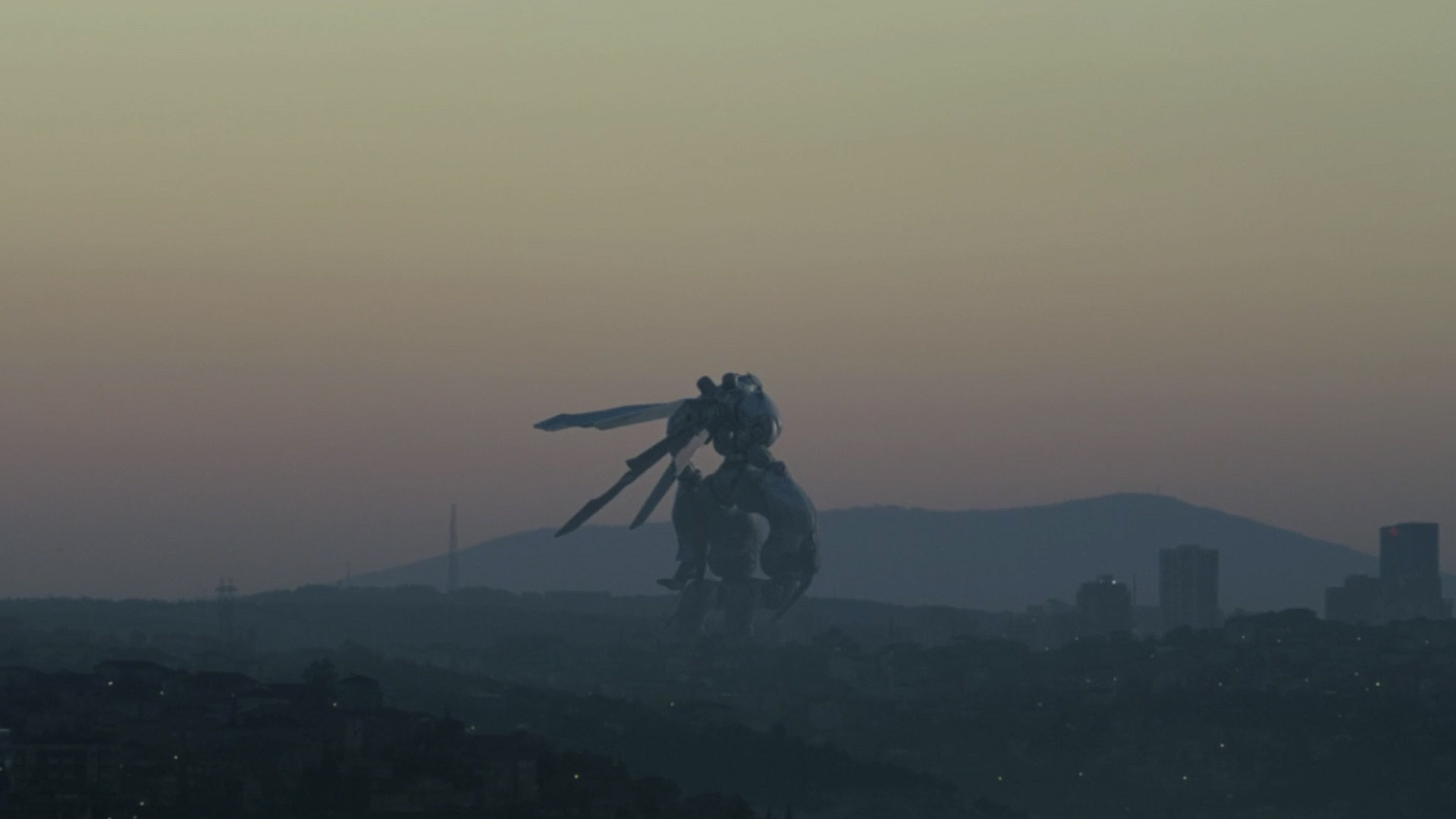 Part faux documentary (similar to what Neil Blomkamp popularized in District 9) and part lyrical tone-poem (think Denis Villeneuve’s Arrival), director Brent Bonacorso’s The Narrow World is a sci-fi short for a smart, discerning audience. Purely on a technical level, this is an impressive effort—the sort of thing that is practically designed to set the internet abuzz and garner mainstream studio attention. It’s a formula we’ve seen before to varied success, but there’s no denying the polish on display here. Bonacorso, already a SotW Alum for his stunning fantasy film West of the Moon, feels very much like a director poised to do much bigger things.

And, we do mean big! The film’s central alien character is massive, and Bonacorso, an innovative commercial director with an extensive background in VFX, does an impeccable job of capturing its scale. Compositions are stunning;  the creature ambles methodically across various mountain and smog-hazed cityscapes. It’s definitely a refreshing change of pace to have a Kaiju-sized creature on screen that is not causing catastrophic city-wide damage. For a film with such high-profile genre elements, it’s a surprisingly introspective viewing experience. I won’t argue that the film is wholly unique—it’s clearly a pastiche of other ideas from other films. But, it’s the sort of thing where the individual parts have been reconfigured and remixed to add up to a more satisfying whole.

The film isn’t perfect. As stunning as it is visually, we wish it was shorter. And, we’re not sure the character work ever really resonates as powerfully as the musical score seems to suggest we should be feeling (that M83 song is killer, though). Considering the length, it’s disappointing that it’s all essentially tonal setup, never really answering any of the lofty existential questions it poses. But, largely, we imagine that’s not the point—Bonacorso clearly has ambitions that lie far beyond the constraints of this film’s limitations. The Narrow World is essentially a sci-fi mood piece—soulful and aesthetically gorgeous. It’s film that is enrapturing despite its shortcomings, showcasing an impeccable sense of craftsmanship. And, to be blunt, it’s the kind of thing that gets studios to come a courting. Hopefully, on that front, we’ll see more big things from Bonacorso soon!