A self-conscious realtor develops a transformative obsession when she falls for a mechanic who vapes, set in the hazy sprawl of Los Angeles.
READ REVIEW
Next Previous 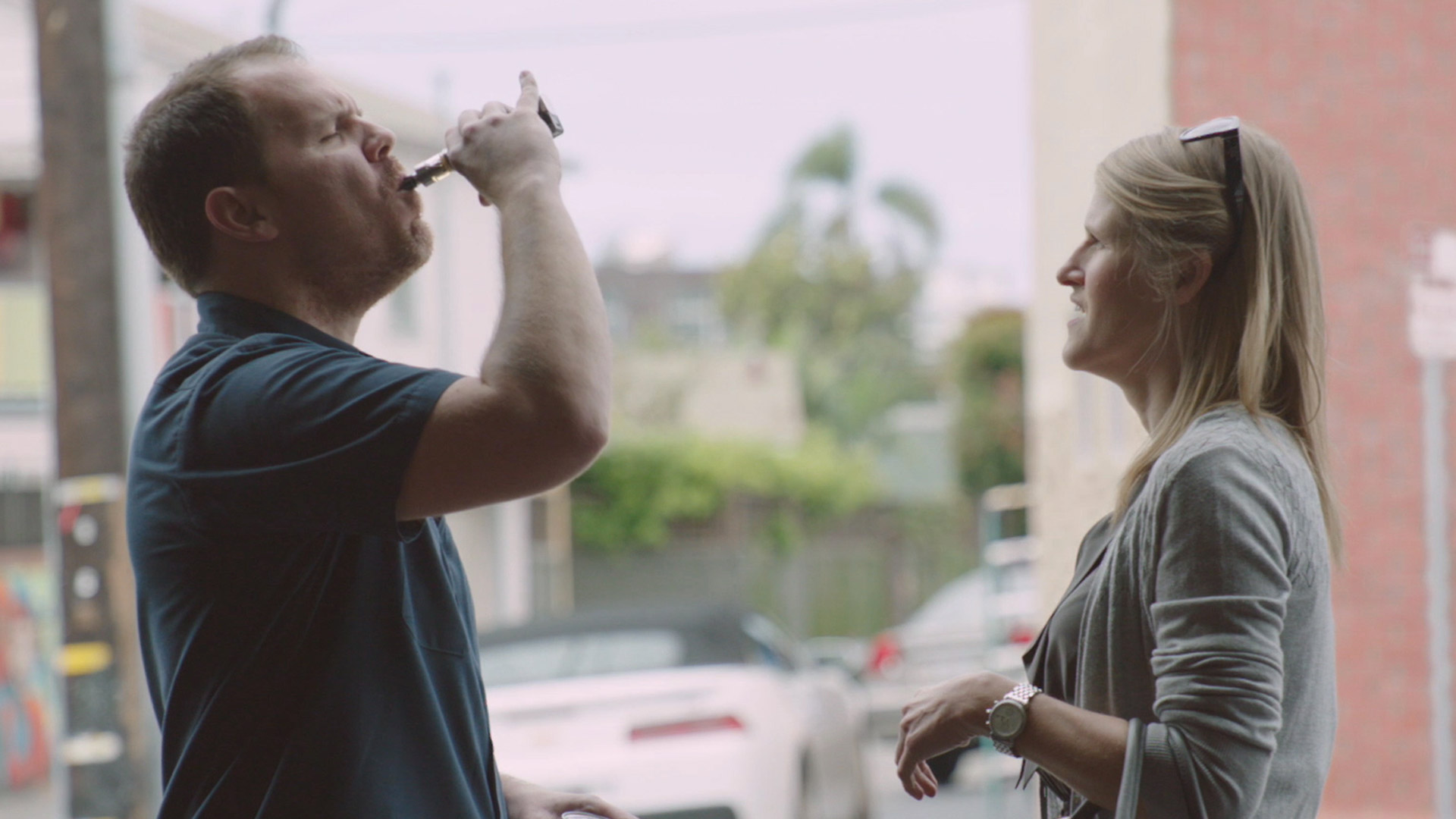 If there ever was a cinematic love letter to the beauty of billowing smoke, director Doron Max Hagay’s Vape would be it. Hagay’s film is a hazy, hypnotic romance set in LA. Girl hates her life. Girl falls for her every-man, vaping mechanic. Happiness ensues.

On the surface, Vape is a difficult film to classify. It’s not exactly plot heavy, nor is it quickly paced. Stylistically, it’s very much an “indie” film (both in the best and worst sense of that moniker). But, still, as character piece, the film is oddly compelling—a hypnotic journey of a realtor attempting to take her life in her own hands and find a sense of meaning hidden behind all the cloudiness. But, I promise: this isn’t some cheesy “find yourself” narrative (Eat. Prey. Love. this is not). Rather, Hagay is a more subtle character craftsman, weaving a narrative that is decidedly low key and  humorous. Effortlessly, he manages to straddle the line between both the ridiculous and naturalistic. By the end, you feel the protagonist’s progression from bottled-up realtor to smoke-billowing rebel in a way that feels surprisingly cathartic.

Of course, though, the vaping itself is just a symbol for larger things—the physical outlet for which Shelly, the protagonist, undergoes her internal transformation. The setting also plays a key role. After all, where better to stage a film about vaping culture than Los Angeles: a sprawling, smog-filled landscape full of bros looking for their next fix?

Major kudos should go to the film’s two leads (Molly Hawkey and George McAuliffe), who give their respective characters depth in the most subtle of ways. Tonally, we were reminded of the work of another Short of the Week favorite, Joey Izzo. Both Hagay and Izzo have a knack for making films about “small” things that somehow add up to something more profound. In the wake of the mumblecore movement, many a low-budget filmmaker try this. Few ever really get it right—Vape is a rare success story.

We’re obviously big fans of Hagay’s style. Several years ago we featured his compelling, character-driven tale of a girl who Facebooks from the grave (Erica Wexler is Online). He also was the creative force behind the terrific dramedy web-series, Monica, which imagines Monica Lewinsky’s life in 2001 following…you know…all that Clinton business.

And, if you’re still itching to watch more, be sure to check out his other recent short, Rodney, which exists in the same world as Vape and stars some of the same characters. With both those films serving as a stylistic foundation, Hagay is beginning to develop a feature in this universe. A Hagay Cinematic Universe (HCU)? Watch out Marvel…